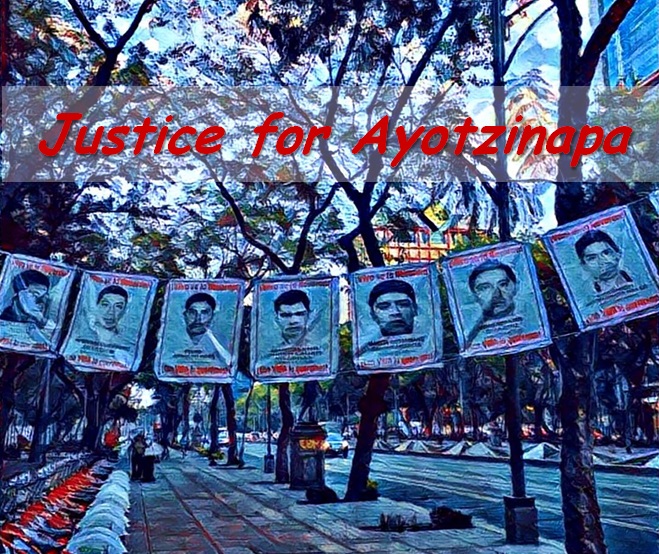 This September marked two years since the brutal attacks on students from the Ayotzinapa rural teachers’ college in which six people were killed, over 40 people were injured, and 43 students were forcibly disappeared. The Latin America Working Group stands with the victims and families of the disappeared to condemn the lack of progress in this case and to call for justice. The fact that the families are still searching for justice and answers to the whereabouts of their students in what Mexican officials have called “the most exhaustive investigation in its history” is completely unacceptable.

The Interdisciplinary Group of Independent Experts (GIEI) published their final report outlining their findings and recommendations on the case at the end of April 2016, yet the follow-up mechanism that they proposed was only officially launched in early September following discussions between the Mexican government, the Inter-American Commission on Human Rights (IACHR), the families of the students, and civil society organizations. The IACHR approved the follow-up mechanism through a resolution at the end of July to respond to the issues in the case that the GIEI had been unable to address due to the Mexican government’s obstruction of access.

Under the agreement of the follow-up mechanism, the IACHR will name at least two technical advisors to gather information, document the case, and visit Mexico as frequently as needed for the time required to resolve the case. The advisors would also be given full access to all of the files of the case. This is crucial because after months of working, the GIEI was not able to interview key actors, such as the soldiers of a military battalion, and even discovered video evidence not included in the official government files.

The Mexican government’s official story, that the disappeared students were burned by local organized crime group in a trash dump, has been questioned and disproven repeatedly by independent experts investigating the case. Right before the second anniversary, further evidence disproved the government’s theory once again. Yet, Mexican President Enrique Peña Nieto has taken actions that show his government’s inability to take this high-profile case seriously.

Last week, the Science magazine, a publication of the international nonprofit scientific association established in 1849, published an article providing evidence that it would have been scientifically impossible to incinerate the 43 students at the Cocula trash dump. This builds on the conclusions of two previous reports from the GIEI and Argentinian forensic experts. However, the Mexican government continues to insist it is a possibility going as far as stating this past August that the GIEI did not provide any new details on what happened to the students.

On September 13, 2016 the Mexican government announced that it would expand its investigation from municipal police to begin to investigate Guerrero state and federal police deemed to be involved in the enforced disappearance of the students. However, the Attorney General’s Office will have to prove that it is serious about prosecuting these individuals for “enforced disappearance,” not just the category of “homicide” as the majority of the crimes of the municipal police have been categorized so far.

A day later on September 14th, the chief criminal investigator within the Attorney General’s Office, Tomás Zerón, also accused of tampering with evidence at the site of the supposed incineration of the students, resigned from his post. The families of the students had been demanding that he be removed due to the allegations against him. However, just a few hours later, President Enrique Peña Nieto promoted him to the head of Mexico’s National Security Council, a higher post that reports directly to the president. Not only does this disregard the concerns of the victims and families, but it sends the message that those who commit crimes in Mexico will be rewarded.

Two years is too long for any family who has suffered the disappearance of their child to be waiting for justice. The delays and backsliding in this case reflect Mexico’s broader lack of progress on addressing human rights violations in the country and should not be tolerated.

On the 2nd anniversary of these egregious events, LAWG stands with the families fighting for justice and calls for the following immediate steps: