A Plan Still on Paper: Three Years of the U.S.-Colombia Labor Action Plan 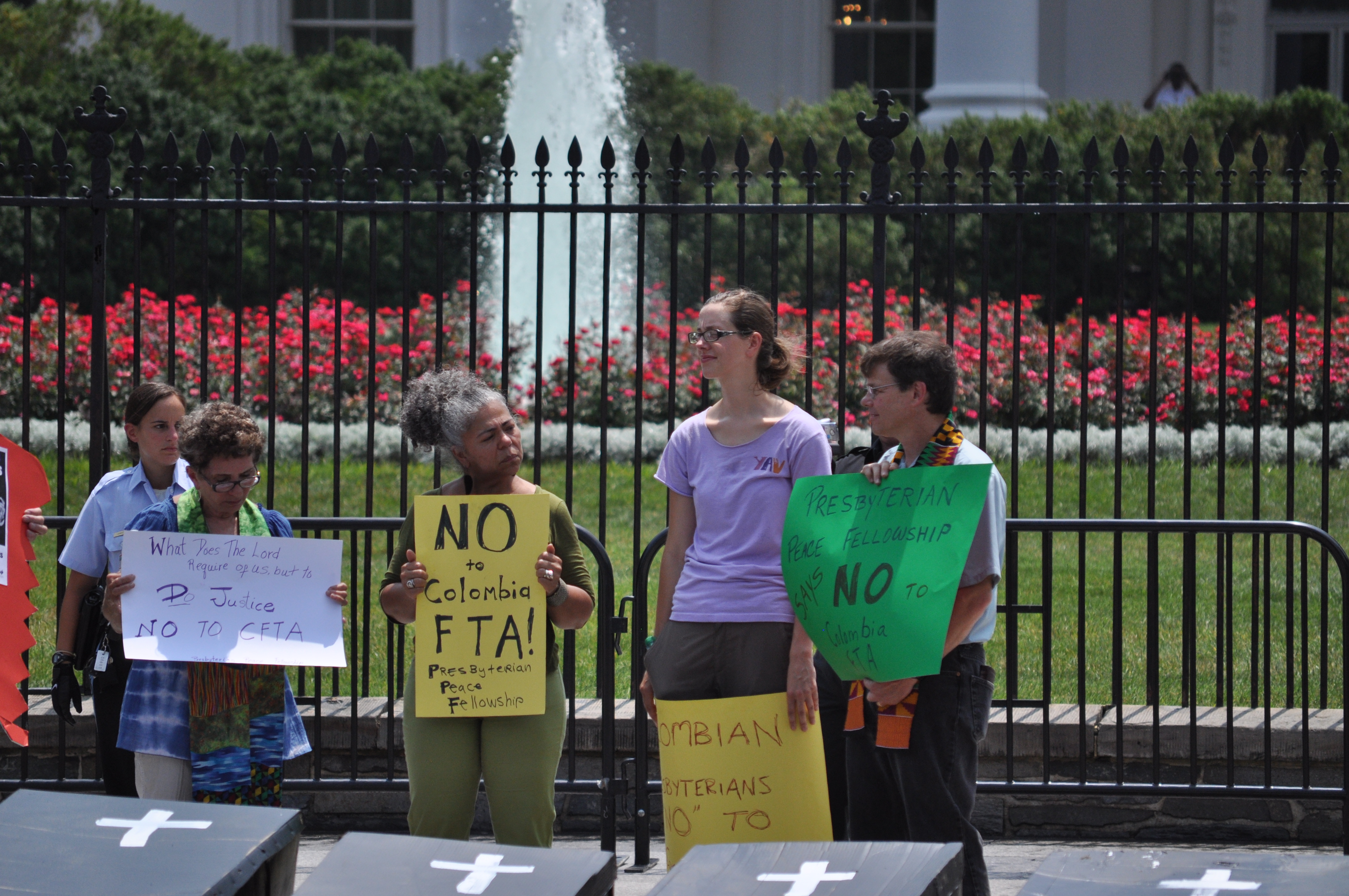 Monday, April 7th marks the third anniversary  of the failed U.S.-Colombia Labor Action Plan (LAP). Intended to address the concerns about labor rights that long stalled the U.S. Congress’s approval of the U.S.-Colombia Free Trade Agreement, the LAP was supposed to be, in theory, a tool that would create structural changes for workers to improve their working conditions in a country known more for its anti-union violence than its adherence to the rule of law. Unfortunately, practice is far removed from theory.  Rather than celebrating this anniversary, we are just once again reminded that Colombia still has far to go to protect labor rights and labor unionists’ lives.

As Colombia was known for being one of the world’s most dangerous places for trade unionists, with approximately 3,000 trade unionists killed since 1986, the U.S.-Colombia Free Trade Agreement was met with a vociferous opposition, both in the United States and in Colombia. Human rights organizations, grassroots groups, and faith-based organizations rallied with unions in the United States to oppose the FTA.

Although the LAP lacks any enforcement mechanisms, its intention to address the systemic problems of anti-union violence and severe labor violations did provide some positive developments within the first year of implementation. The Colombian government created a stand-alone Ministry of Labor, hired new labor inspectors, and the number of trade unionists killed went down from 53 in 2010 to 30 in 2011 and 22 in 2012.While still failing to meet the expectations of Colombia’s workers and the major trade union confederations, the first year of the LAP provided a glimpse of hope for workers and a new organizing tool to push for a labor agenda in Colombia.

Unfortunately, the changes were more cosmetic rather than structural. After a crackdown on the infamous Associated Work Cooperatives (known as Cooperativas de Trabajo Asociado or CTA in Spanish), new forms of illegal subcontracting have been on the rise, with the proliferation of new and creative ways of subcontracting, including “union contracts” with sham unions and illegal collective pacts where a union already exists.

Today, workers continue to face the same obstacles as before, a government and business community unwilling to recognize the most basic of labor rights: freedom of association and formal employment. Until inspection and sanction mechanisms are enforced and the Colombian government actually collects the fines they have levied on employers guilty of illegal subcontracting, employers will have no incentive to comply with the law and will continue to subcontract illegally.

It’s almost as if the political will to continue implementing the LAP seemed to evaporate once President Obama announced that the FTA would go into effect. Violence against unionists rose again in 2013, with 26 union members killed.  In addition, the Escuela Nacional Sindical, Colombia’s trade union school, reported in 2013 13 homicide attempts, 149 threats, 28 cases of harassment, and 13 arbitrary detentions against trade unionists. According to a report released by Representatives George Miller and Jim McGovern after their visit to Colombia, impunity for killings against trade unionists stands at 93.4 percent, 99.9 percent for death threats.

With that sort of panorama, it’s hard to believe that the implementation of the FTA is the success story that President Obama touted after his meeting with Colombian President Juan Manuel Santos this past December. Indeed, it is now, more than ever, imperative that the U.S. and Colombian governments seriously commit to hold up their end of the Labor Action Plan bargain. The governments must start by consulting and listening to the workers and working closely with the unions to strengthen the LAP’s implementation. Nobody knows more about the dire situation and no one has more to gain from successful implementation than Colombian workers.

Both governments must get serious about enforcing and strengthening the inspection system. Far too many workers in the ports and palm sectors, two of the five priority sectors, continue to be illegally subcontracted through third parties and subjected to harsh working conditions. The Colombian Ministry of Labor must reinforce the sanctioning mechanism in order to actively discourage employers from employing labor practices that restrict labor rights.

Lastly, more needs to be done in order to stem the tide of anti-union violence. In addition to any protective schemes issued by Colombia’s National Protection Unit (Unidad Nacional de Protección), threats and violence against union members must be properly investigated and prosecuted in order to effectively protect workers. Only with effective protection can workers actively assert and claim their rights.

It’s not a pretty picture, but we can hope that next year we will actually have reason to celebrate.