We need your help to defeat some nasty legislative language intended to prevent President Obama’s new policy on Cuba from surviving. The Commerce, Justice, Science, and Related Agencies appropriations bill comes to the floor of the House for a vote as early as June 3, 2015, so your immediate action is called for! 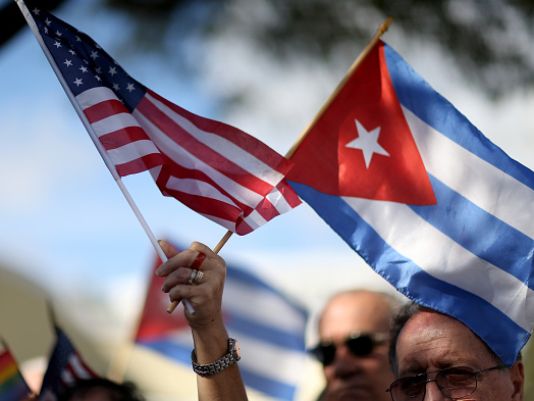 Contact your representative IMMEDIATELY to tell her/him to:
Support the Farr amendment to strike the Cuba rider in the Commerce, Justice, Science, and Related Agencies appropriations bill. This amendment by Congressman Farr would remove Section 540, which prevents funds from being used to “facilitate, permit, license or promote certain exports to Cuba’s military or intelligence services, officers of those services or family members.”

Analysis: Section 540 (which we are OPPOSING) would put a significant chilling effect on the Department of Commerce’s ability to carry out the new policy. Each license application would need to be vetted to certify that U.S. businesses aren’t exporting to military- or intelligence service-run businesses or their families. Making the licensing process harder makes it less likely that anyone will apply in the first place. This language needs to be defeated! Support the Farr amendment to remove Section 540.

In a nutshell:  If enacted, the Section 540 language would make it very difficult for the Commerce Department to license the new types of exports that the Obama Administration has allowed (e.g.  support for entrepreneurs). It would NOT apply to food and medicine sales. Embargo supporters want to make it look very narrow by saying that it just targets the Cuban military, but since the prohibition also applies to immediate family members, it’s actually much broader than that. It’s just an attempt to roll back the new Cuba policy.

Please make your calls now! We can’t let the new provisions ordered by President Obama be rolled back.