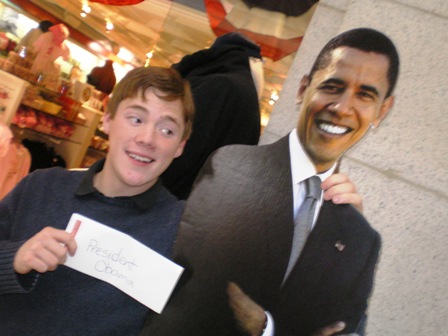 The LAWG and our supporters have always advocated for exchange between U.S. citizens and the Cuban people through the arts and culture, academic and student travel, religious/humanitarian groups, sports, and other people-to-people exchanges. At this critical moment, we are calling on everyone across the United States who supports increasing people-to-people contact between Cuba and the United States to join this advocacy campaign directed at the White House!

Through our new petition on Change.org, we are asking President Obama to exercise his full executive authority to increase opportunities for travel, learning, and conversation between our two peoples. Each signature on the petition also generates an email to the White House. Click here to urge the President to act. There is no time to delay . . . the new Congress will only make his decision harder. It is time for the President to grant general licenses for all non-tourist travel to Cuba NOW.

Once you have signed, spread the word to your friends, family, and colleagues; please forward this message widely. We hope to generate at least 10,000 signatures in the next couple of weeks to make a big impact on the White House. Please help us reach this goal. Sign the petition here.

Despite our two governments’ squabbles, willingness to establish understandings and to accept and even celebrate differences exists on the citizen level. By signing this petition, you will encourage President Obama  to improve relations between the United States and Cuba through the good will of our citizens. Your action, even as we lament lost opportunities by the Congress, is not a trivial matter. As famous author, historian and patriot, Howard Zinn once said:

“To be hopeful in bad times is not just foolishly romantic. It is based on the fact that human history is a history not only of cruelty, but also of compassion, sacrifice, courage, kindness . . . If we see only the worst, it destroys our capacity to do something. If we remember those times and places (and there are so many) where people have behaved magnificently, this gives us the energy to act, and at least the possibility of sending this spinning top of a world in a different direction.” (A Power Governments Cannot Suppress)

This grassroots campaign joins with the efforts of policymakers, opinion leaders, Cuban Americans, agriculture/business, and others that are now reaching out to the White House to clearly show that it is not only the hardliners – the embargo supporters – who feel passionately about U.S. policy toward Cuba. Help us amplify the importance of compassion and friendship towards the people of Cuba through your support of this petition. Sign it here. Your signature will increase our momentum to change the direction of 50 years of mis-guided foreign policy in relation to Cuba. Every action, as simple as it may be, has an effect.