Between Hope and Fear in Cuba

My wife Buthaina and I were part of a group of 22 Americans on an arts and culture tour of sponsored by the Latin America Working Group and coordinated in by Witness for Peace, from January 11-20, 2014.  Our busy schedule included a wide variety of exchanges with Cubans from all walks of life, including teachers, doctors, architects, painters, dancers, musicians, high school students, university arts students, organic farmers, religious pastors and Santeria practitioners, economists, and others, in Havana, Matanzas, Varadero, and Cárdenas. 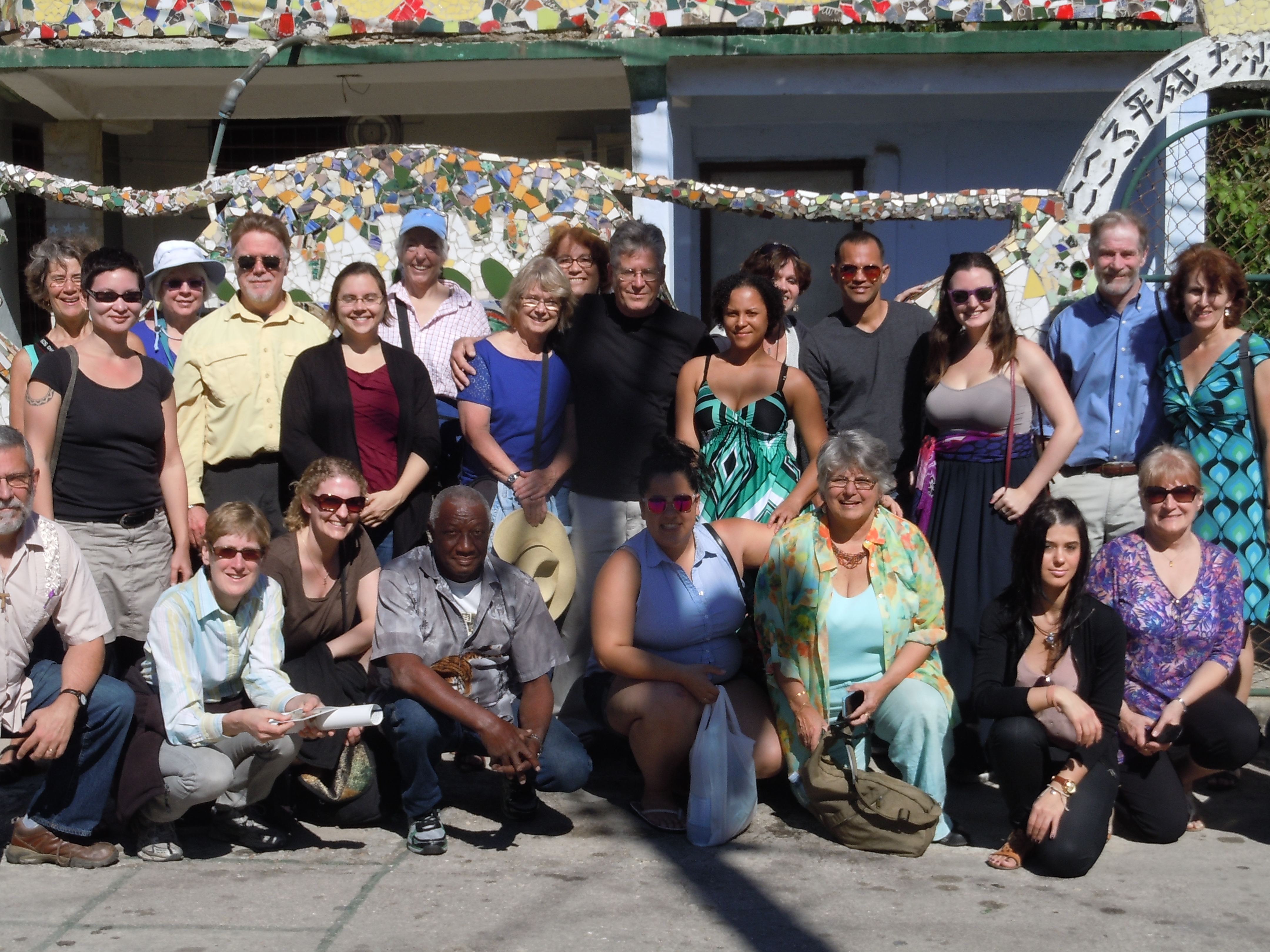 A common thread through many of our meetings regarding the future of Cuba was the phrase, “between hope and fear,” used by the Rev. Raul Suarez of the Martin Luther King ecumenical center in the very first meeting we had on the first Sunday of our trip.  As I understood it, Rev. Suarez was painting a picture of a Cuba moving from the state-dominated socialism of the last 50+ years to a society and economy where some forms of private enterprise, and greater civil liberties, would be not only tolerated but encouraged.  In this and several other discussions we had with a wide variety of Cubans, the concept of “hope” was that, in this transition, would begin to offer its citizens greater economic and social opportunities through the introduction of private enterprise initiatives.  On the other hand, the concept of “fear” emanates from the anxiety that precisely the promotion of some degree of ‘free market’ capitalism will both introduce new strains into Cuban society and ultimately jeopardize the basic universal gains in education, health care, and other areas of life that make Cuba so fundamentally different from many other countries that have far more resources.  Many Cubans we spoke with voiced the same general apprehension, balancing a fierce pride in what their country has achieved in public health and education with a recognition that their economy has to change if Cuban society is to move forward and especially to provide opportunities for Cuban youth.

This transition will be anything but easy.  The Cuban government has pledged to transfer  hundreds of thousands of workers from state-run enterprises to private sector jobs.  At the same time, it is seeking to integrate its dual currency system – the Cuban Convertible Peso (CUC) and the Cuban national peso – into one stable currency that will enable the country to join the world economy on a stable footing.  Hovering like a chimera over the entire process is the presence, 90 miles away, of the world’s largest economy, and what might happen when (not if) the United States ends its economic embargo of Cuba and exerts tremendous economic and political influence on its island neighbor to the south.

The Cuban people can be justly proud of what they’ve achieved in many areas of human and social security.  As with every other country on earth, however, is not perfect and could do much to improve certain aspects of social and civil society.  As they enter a period of great uncertainty during the next five to ten years, the Cuban people deserve the encouragement and support of all of us in the and globally to protect their hard won social achievements.  They also deserve the respect of being able to implement their social transition free of outside interference.