Breaking the Silence: In Search of Colombia’s Disappeared 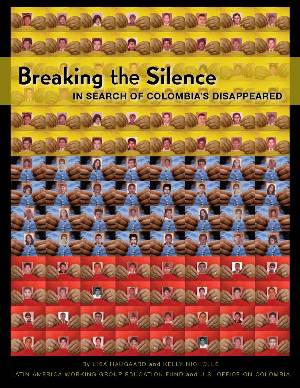 “Without seeing the body, no one can give a loved one up for dead,” writes Colombian scholar Alfredo Molano about the relatives of Colombia’s tens of thousands of disappeared. “To the torment of absence is added the sorrow of doubt.”

“I went to where they had taken him. I took boots and a spade with me, ready to dig up his body if I had to. I just wanted to have his body so at least we could bury him.”

The magnitude of forced disappearances in Colombia is astounding, according to new information emerging from official sources detailed in the report Breaking the Silence: In Search of Colombia’s Disappeared just released by the Latin America Working Group Education Fund and the U.S. Office on Colombia.

More than 51,000 people are registered by the Colombian government as disappeared or missing. Those who were forcibly disappeared—what we might think of as political disappearances—range in official statistics from over one quarter of that total to more than 32,000. But the real total is likely to be much higher, as new and old cases are entered into a consolidated government database. And many cases are never registered at all.

Today, the problem is far from solved. More than 1130 new cases of forced disappearance have been officially registered in the last three years, but from what I hear from Colombian human rights groups in areas like Antioquia and Buenaventura, the total is likely to be higher.

Who disappeared them? All armed actors, including the Colombian armed forces, right-wing paramilitaries and left-wing guerrillas, are responsible for forced disappearances, but the paramilitary role in this crime is especially pronounced. Paramilitaries often destroyed the bodies of their victims, burning them or cutting them with chain saws, sometimes alive, burying the bodies in unmarked graves on ranches, riverbanks or cemeteries, or throwing them into rivers. 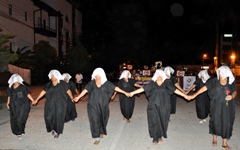 The highest number of forced disappearances in Colombia took place from 2000 to 2003, the first four years of U.S.-funded Plan Colombia, according to official government statistics. Many of those were committed by paramilitaries, but the U.S.-trained and -funded military aided and abetted these abuses. Another gruesome kind of forced disappearance escalated from 2005 to 2008. All over Colombia, army soldiers detained people, then killed them and dressed them in guerrilla uniforms and claimed them as killed in combat. Cases involving more than 3,000 people disappeared and killed allegedly by soldiers are now winding their way slowly through Colombia’s civilian justice system. Those U.S. policymakers, military leaders and analysts who paint a pretty picture of Colombia’s security progress in the past decade might want to search their souls about this somber cost. And remember it the next time the U.S. government considers escalating aid and training to another abusive military force.

For far too long, the relatives of the disappeared and the human rights groups that accompany them have labored at great personal risk and without adequate acknowledgment and support. Our report is a call to the Colombian and U.S. governments, journalists, scholars, human rights groups and activists to help them break the silence.