Voces from Casa Monarca: The View from Mexico’s Northern Border

In June, LAWG hosted Padre Luis Eduardo Zavala of Casa Monarca, a migrant shelter located in Monterrey, a city in the Mexican state of Nuevo León just a three-hour drive from the U.S.-Mexico border. He visited to discuss Casa Monarca’s observations as a migrant shelter in northern Mexico and spread awareness of the state of migration and access to asylum in Monterrey. 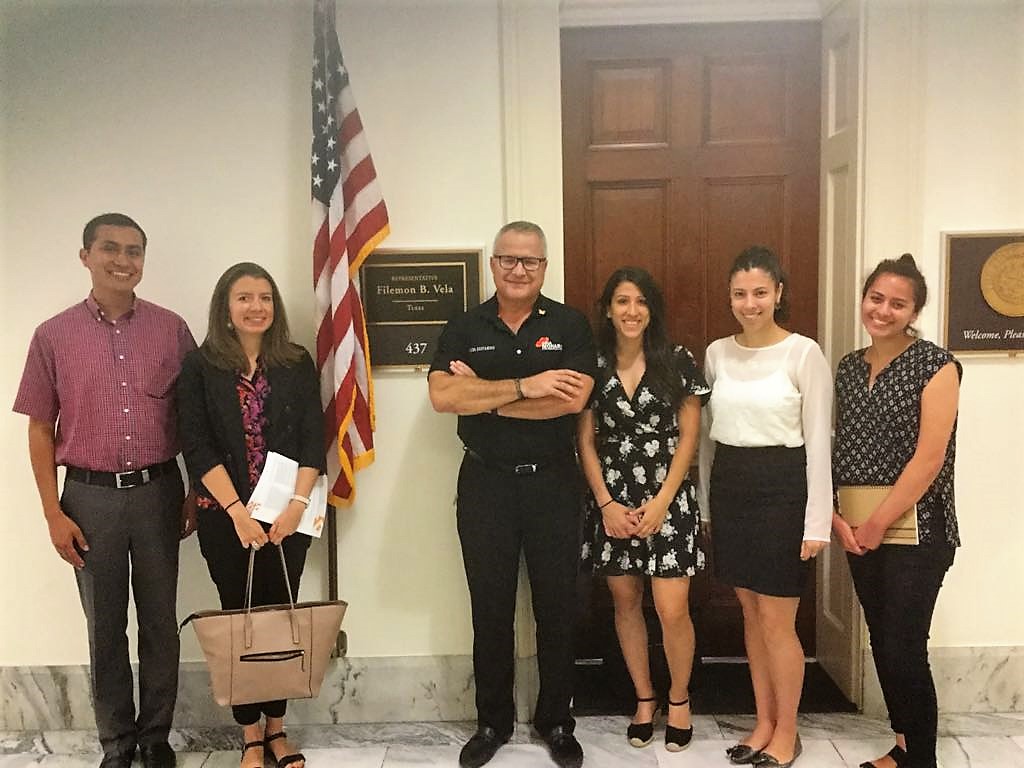 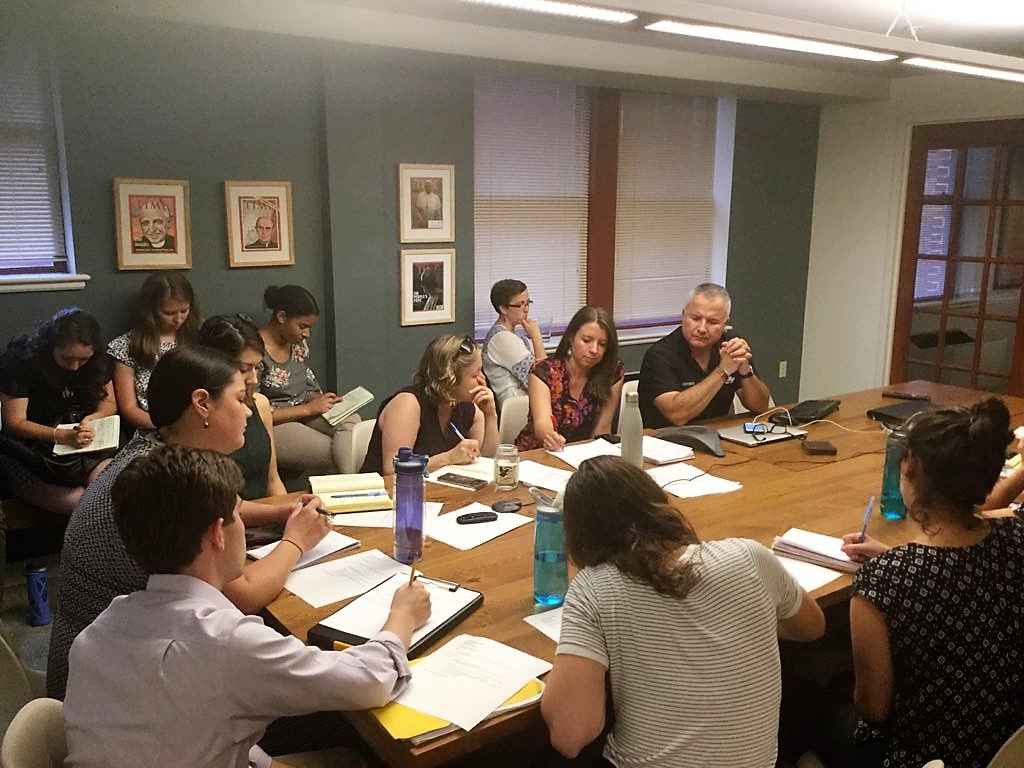 Padre Luis Eduardo Zavala (on far right) of Casa Monarca presenting to civil society organizations on the trends his shelter has seen.

One of 34 shelters located along the Mexican side of the border from Tijuana to Matamoros, Casa Monarca’s goal is to protect the human rights of migrants in Monterrey. The shelter provides resources—medical services, food, clothes, legal services, and accompaniment—as well as advocates for migrant rights by collaborating with other shelters in northeastern Mexico to conduct research and compose reports. Founded in 2015, Casa Monarca serves Central American migrants passing through Mexico, Mexican migrants, and people deported from the United States. A significant majority of migrants they have received at the shelter come from Honduras, though some also come from El Salvador, Guatemala, and Mexico.

Casa Monarca’s work has become especially important as a result of a recent surge of Central American migrants fleeing violence in their countries, often seeking safety in the United States. While in the past migration to the United States was driven greatly by economic conditions, social conditions and insecurity have become increasingly significant factors. Specifically, many people are escaping unsafe conditions in the three Northern Triangle countries—El Salvador, Guatemala, and Honduras—where the violence and homicide rates are some of the highest in the world. During what Zavala calls an “insecurity crisis” in these three countries, Mexico has seen an influx in asylum applications from individuals attempting to escape this violence.

With this increase in migrants, Zavala identified a major shift in the role of Mexico and cities like Monterrey in the migration landscape. While Mexico previously has served as a “country of transit” to migrants passing through, he now labels it a country “of origin, of destination, of transit, and of return.” In saying this, he emphasizes the new trend of Central American migrants choosing to stay in Mexico rather than continue to the United States, while at the same time many migrants already living in the United States are making the decision to return to Mexico.

Zavala described this as a significant concern for the country. The increase in asylum applications in Mexico has put pressure on an already weak asylum system that lacks the capacity to process them. Last year, Mexico received over 14,000 refugee claims, and Zavala stated that a third of these claims are still being processed. This situation is even more dire in northern Mexico, as the national refugee agency, COMAR by its Spanish acronym, only has offices located in Mexico City and two other southern cities. Not only this, but scarce job opportunities and problems with xenophobia can make many areas in Mexico, including Monterrey, a difficult place to live for migrants.

Migrants are also a particularly vulnerable population to a number of dangers in their journey through Mexico. According to Zavala, they are often targets for various crimes including theft, extortion, assault, disappearance, kidnapping, rape, and other forms of violence, perpetuated not just by organized crime but also by local police. This is evident in Casa Monarca’s statistics, which show that over half of migrants in Nuevo León have their money or belongings stolen, 36.2 percent receive threats at some point during their journey, and 17 percent know someone who has been raped. Because of these dangers, it can be difficult for migrants to find the security they seek in Mexico.

Recently, Casa Monarca has witnessed the surge in migration firsthand in Monterrey. One reason for this is a shift in migrant routes due to increased violence in the neighboring state of Tamaulipas. According to Zavala, the city of Monterrey has also become one of “destination”. In fact, with about 20 migrants received by the shelter daily, the local community is experiencing the “migration phenomenon” in a way that it never has before. As a result, feelings of tension can build among the locals toward migrants coming to Monterrey. For that reason, Zavala stressed the need to spread awareness and educate people in the community on the issue of migration.

As evidenced by the recent zero tolerance policy and implementation of family separation at the border, the Trump Administration is going to great lengths to try to deter migrants from entering the United States seeking asylum. Rather than providing asylum to those fleeing violence as the United States has a responsibility to do, the Trump Administration has made statements expressing that Central American asylum seekers should pursue their claims in the first country they enter. Under a proposed safe-third country agreement, the United States could reject their claims based on the fact that they should have sought asylum in Mexico. However, as Zavala shared and as the experience of Casa Monarca demonstrates, because Mexico is a country where migrants are vulnerable to threats of violence and where a flood of asylum applications has overwhelmed its weak asylum system, establishing this type of agreement could put thousands of lives at risk.