Colombia: On to the Future or Back to the Past? Extrajudicial Executions and Peace Talks

Two crucial events just happened in Colombia. One gives hope for the future. The other sheds light upon the dark recesses of the recent past.

On June 10, 2014, the Santos Administration announced that it has been advancing in preliminary peace discussions with the ELN guerrillas, the last major guerrilla group after the FARC. The FARC and the Colombian government have reached the halfway mark in their negotiations. Now, this announcement that the ELN and the government will negotiate brings a real peace that much closer. 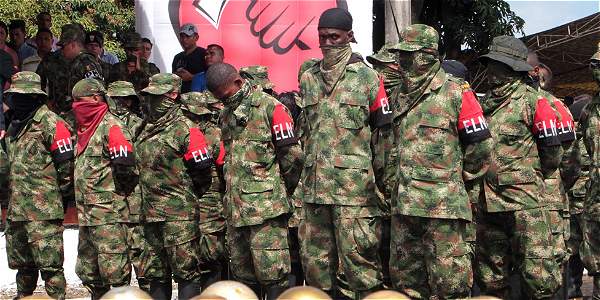 On the same day, Colombian Army Colonel Róbinson González del Río, detained for allegations of committing extrajudicial executions, confessedthat he participated in the extrajudicial killings of at least 24 young people. They were presented as guerrillas killed in combat—known as “false positives.”   More than 4,000 people were extrajudicially executed, most from 2004-2008, the vast majority alleged by members of the Colombian Army. According to González del Río, as many as 20 percent of the killings by the army in some areas may have been false positives.

González del Río accused ex-commander of the army General Mario Montoya “the brains behind the false positives.” According to González del Río, Montoya pressured army officials for kills rather than captures, and had a list of the top ten commanders based on how many people they killed. As the United Nations and human rights groups have documented, González del Río confirmed that he and other officials received days off, pays and promotion based on how many people they killed.

With the drive for a body count, officials and soldiers turned to increasingly cold-blooded methods, finally recruiting poor young men with promises of jobs—and then killing them and dressing them up in guerrilla uniforms.

The U.S.-trained Montoya resignedas head of the army following the removal of 27 other officials in the wake of the 2008 Soacha scandal, where 21 young men were recruited for jobs from the outskirts of Bogota and found “killed in battle” in another province.

But none of the highest level officials have been tried for these crimes.

The peace talks with the ELN would begin, according to the government, once an agenda has been agreed upon. President Santos, heading into cliffhanger runoff elections on June 15th against Oscar Zuluaga, doubtless wished to give Colombians a greater sense of momentum in achieving peace.   Zuluaga, backed by ex-President Uribe, has criticized the peace process harshly. While he has gone back and forth about whether he will continue negotiations, he has outlined preconditions that may make it difficult to continue—and throw in doubt whether the months and months of hard-won negotiations will be cast out.

There’s much at stake for Colombia as Colombians head to the polls—or opt out—this Sunday.