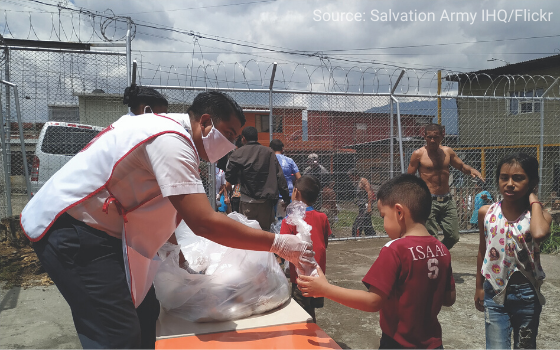 In the last few months, as governments and healthcare systems across Latin American have been overwhelmed by the COVID-19 pandemic, Costa Rica’s response has been praised by the international community. Three months after its first confirmed case of the novel coronavirus on March 6, Costa Rica has been relatively successful at containing the outbreak, with only 1,744 confirmed cases and 12 deaths as of June 17. What measures have contributed to Costa Rica’s success in fighting the virus?

Costa Rica’s success has largely been defined by the gravity of its response to the virus. Treating this outbreak as a serious public health problem from the very beginning has resulted in low transmission rates, allowing medical professionals to more adequately treat positive cases. Following the first confirmed case of COVID-19, Costa Rica swiftly banned mass gatherings, closed schools and non-essential businesses, and mandated everyone to work remotely. By March 19, the country’s borders were shut.

Unlike some of its Central American neighbors, Costa Rica boasts a universal healthcare system that covers about 95 percent of the population. From the beginning of the  COVID-19 outbreak, the public health system implemented a response based on scientific facts and already existing pandemic planning. By following public health guidelines, Costa Rica was able to slow the outbreak and provide treatment options for the sick. Infected patients have received medical attention at clinics and hospitals when necessary, while also receiving home visits by doctors – a crucial measure for isolating positive cases.

On top of a well-coordinated healthcare response, Costa Rican industries stepped up to produce PPE and the necessary resources to protect medical staff. The National Liquor Factory transitioned to alcohol gel production, which was distributed by the national postal service; universities and hospitals focused on producing respirators and hospital clothing; the government passed economic relief legislation to assist those who lost their jobs. There has been a collective societal response to this pandemic that has shown trust in institutions and authorities to implement measures that will protect the population.

Three months after the beginning of the coronavirus outbreak in Costa Rica, the country is in its second stage of reopening and life is assuming some semblance of normalcy. After shutting down on March 17, the national soccer league resumed training on May 1 with special health guidelines developed by Costa Rican doctors and epidemiologists. Beaches, parks, and theaters have also reopened with limited capacity to maintain social distancing.

Costa Rica is not escaping the economic impact of the pandemic.  The shut down has had economic costs, including on the country’s vital tourism sector.

However, all the work of the last few months is being threatened by a recent spike in cases along Costa Rica’s northern border with Nicaragua – a country that has done very little to protect the population from COVID-19. There is a long history of migration from Nicaragua to Costa Rica to find work in a more prosperous economy, particularly in the agricultural and packaging sectors. As this pandemic has made all too clear, the virus knows no borders, and the negligence of one government could devastate all the work and careful planning of its neighbor. Though no country’s response has been perfect in such unprecedented times, Costa Rica stands out as an example of how collectively weathering the storm will allow it to pass more quickly.