MIAMI – He returns late from his job in Hialeah, with his hands stained with soot and his soul weary under the weight of so many burdens in a foreign land. His domestic problems, which apparently grow at the same rate as his debts, leave no time for him to learn his new language.

In Cuba, his family waits for his timely remittances. Here, his small daughter goes to a nearby school and learns (in English) everything she needs to be independent. He is not happy, despite the enormous TV set he bought and his weekend sailings in the beautiful boat owned by his friend, the jeweler. 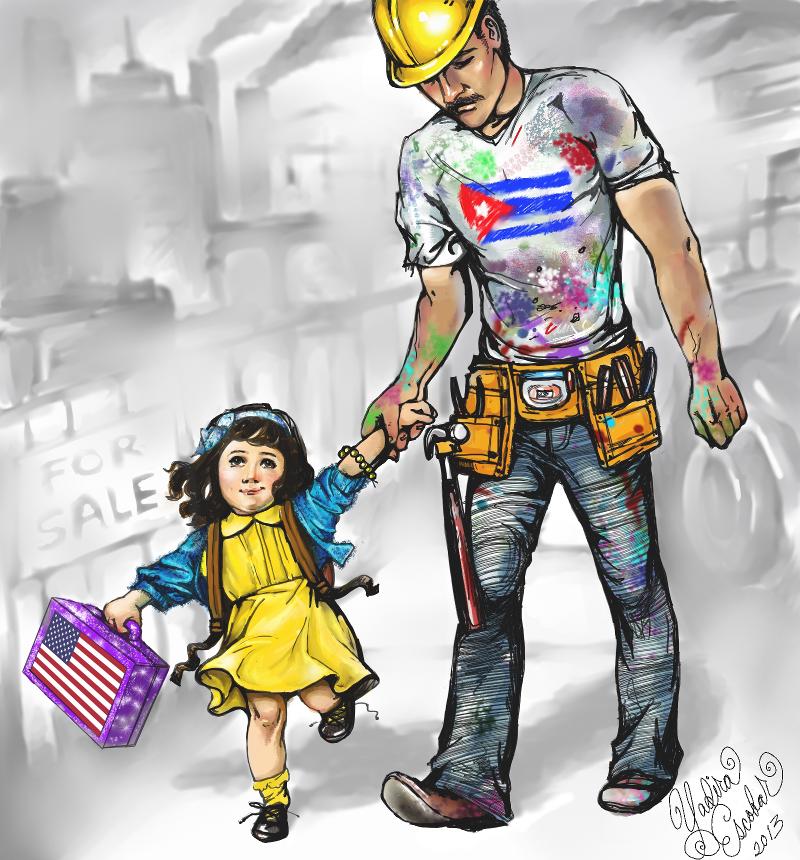 I imagine that, at heart, he is proud of being a Cuban but he is worried that he is not competitive enough to succeed in South Florida, as some have told him.

True, some transculturization is an obligatory step in certain areas of behavior of everyone who emigrates, but it shouldn’t be total. One runs the risk of losing one’s basic identity in an effort to be happy, from a psychological point of view.

That’s the message that I would like to give him. I fear it might not reach him because he’s distracted by that whole counterculture in Spanish that is broadcast over the private media. I would be truly pained if he learned in the flesh the meaning of the word “loser” because I know he’s not a loser and that it’s not his fault that he didn’t win the Florida lottery.

One day, our friend learns that a team formed by Cuban baseball players who live in Cuba will come here to play a friendly game with old members of the same team who live in the United States, to mark the 50th anniversary of their first appearance in the National Series.

He feels that his soul revives and even a strange nostalgia seizes his spirit. He talks about it with his friend the jeweler, who is now a right-winger but who also is enthusiastic about such a beautiful project of Cubanness and reunion. Everything goes fine, until the radio begins to broadcast a bitter attack against that sports encounter.

Those whose slogan is “Against Cuba everything; in favor, nothing,” have no argument other than hatred and opposition to every encounter. But they do have the force of money, and our friend begins to fear that those spoilsports will end up sabotaging his joy.

A majority of the Cubans in Miami desire a normal relationship with their country of origin, but the private media serve a small group that’s totally committed to the total blockade of Cuba. Every exchange clashes directly with the sinister plan to defeat a country that defied the “sacred norms” of competition, market and economic development imposed by the worldwide capitalist culture upon the small and weak nations.

We Cubans of good will must also defy the powerful forces that divide and separate us irremediably, so we may achieve unity together. Without it, our reconciliation and national collective felicity will not be possible.

This blog was originally published by Progreso Weekly.