Don’t Be Distracted By The Flowers 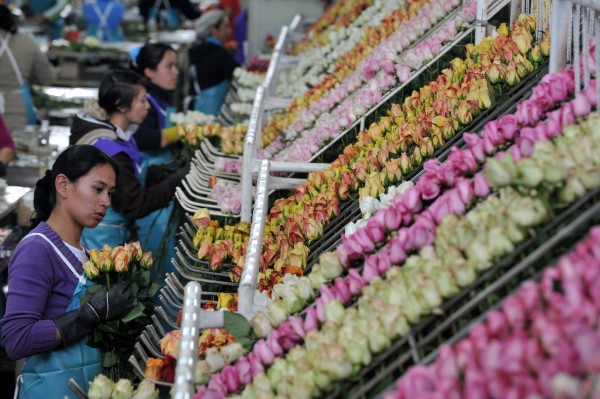 Last night, 4, 200 boxes of beautiful flowers took flight on a plane from Bogotá, Colombia to Miami, Florida. They arrived early this morning to US shores and represent the first product to enter the US under the Colombia-United States Free Trade Agreement (FTA). The agreement went into effect today.

The flowers are just one of many Colombian products that will now grace US markets. Others include leather works, textiles, and jewelry. Colombian President Juan Manuel Santos predicts that the FTA will lead to between a half percent and one percent annual economic growth in his country. Other proponents of the FTA say bilateral commerce between the countries will increase by nearly 35 percent. The agreement also promises to make popular products, like cars, and even staple foods such as US rice readily available to Colombians.

But don’t be too distracted by the pretty flowers, the fine textiles or even the optimistic numbers, because another important story is unfolding in the wake of this FTA.

To begin with, opponents of the FTA warn that the agreement will have devastating effects on Colombia´s rural economy. Small-scale farmers will be hardest hit. According to a report released by Oxfam and a consortium of Colombian organizations, 70 percent of small-scale Colombian farmers will see their incomes decrease by 16 percent as a result of the agreement. This represents more than 1.3 million families already living close to the margins of poverty. The crops these farmers produce are the bulk of food consumed by Colombians and are critical to the nation´s food security. The Colombian government has promised to invest funds to improve technologies in the meat, poultry and rice sectors. But it is just not enough and with the current absence of robust rural programming for the majority of vulnerable farmers, the investment will do little to protect the nation´s small-scale producers.

It is not just food security and farmers´ incomes that are at risk in Colombia. Labor and human rights will be made more vulnerable by the FTA.

Colombia is one of the world´s most dangerous places for trade unionists. In 2011, according the country´s National Union School (ENS) 30 unionists were murdered, two were forcibly disappeared, 10 suffered attempts against their lives and nearly 500 received death threats. These crimes are set against the background of the assassination of 2,921 Colombian unionists since 1986.

In preparation for the FTA, Colombia agreed to a Labor Action Plan proposed by the United States. The plan, initiated in April 2011, aimed to improve the human rights situation of Colombian unionists and advance policies to protect workers´ rights. It also set out to help reduce impunity in cases where these rights are violated. This was a good plan with the potential to result in real gains for labor and human rights in Colombia, and to save lives. In fact, it represented one of the heaviest leverages human rights defenders and organized labor had to push the Colombian government toward improvements. The Labor Action Plan was technically not part of the FTA, but seen, rather, as a precondition to final approval of the agreement.

Civil Society in both the US and Colombia asked that the plan be given a few years to take hold, and that the US wait to see results before moving forward with the FTA. But last month President Obama, declaring sufficient advances in the Labor Action Plan , chose to go ahead with the FTA. According to Gimena Sanchez-Garzoli of the Washington Office on Latin America (WOLA), by moving forward, ¨the Obama Administration chose to sacrifice the one great opportunity it had to really change things in Colombia by declaring an early victory.¨

The plan did result in some advances, including legislation to penalize, with jail time, those that impede the right to unionize or strike. But according to the ENS, cases of this nature are not being processed in the courts and impunity remains high. The organization´s director, José Luciano Sanín, notes that ¨Laws are not the real issue in Colombia, implementation is.¨

And implementation has not taken hold when it comes to laws intended to stop union violence.Killings of unionists continue.

In fact 28 unionists were murdered during the period this plan was in effect (April 2011 to April 2012) and just days after Obama declared the plan fulfilled, sugarcane cutter´s union leader Daniel Aguirre was shot dead while walking home. WOLA reports that as Secretary General of his union SINALCORTEROS, Aguierre ¨was one of the most determined and effective workers’ rights leaders in Colombia.¨And that, ¨He was instrumental to the success of the 2008 work stoppage which brought worldwide attention to labor abuses in the sugar sector.¨ WOLA also points out that his death reflects an upsurge in violence in the weeks that followed Obama´s announcement.

Union activists in Colombia predict that with the FTA now in effect, there will be a continued uptick in violence against unionists. This violence inevitably weakens unions and deteriorates workers´ rights.

The FTA launched today will bring more flowers to US consumers, and it will put more cars on Colombia´s streets. It will even increase the incomes of some Colombians. What the FTA will not do is put Colombia´s millions of small-scale farmers on a path to prosperity or help advance labor and human rights in the country.

Relying on these tools will not result in immediate labor gains, nor will it totally halt the violence predicted to surge in the aftermath of the FTA´s implementation. But these tools can protect human rights defenders and union leaders in Colombia while helping to strengthen civil society as a whole.

These are important goals and ones that the US should not be distracted from achieving no matter how beautiful the flowers may be. 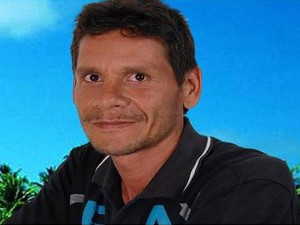 The views expressed are solely those of the author and do not represent any official position of Lutheran World Relief.