Expectations of the Colombian Peace Process: A Victim’s Reflection

A tireless leader and advocate for human rights and the rights of victims of state violence, Lilia took this opportunity to speak about her experience as a victim and as a leader, as well as about the ongoing peace process. This is what she had to say. 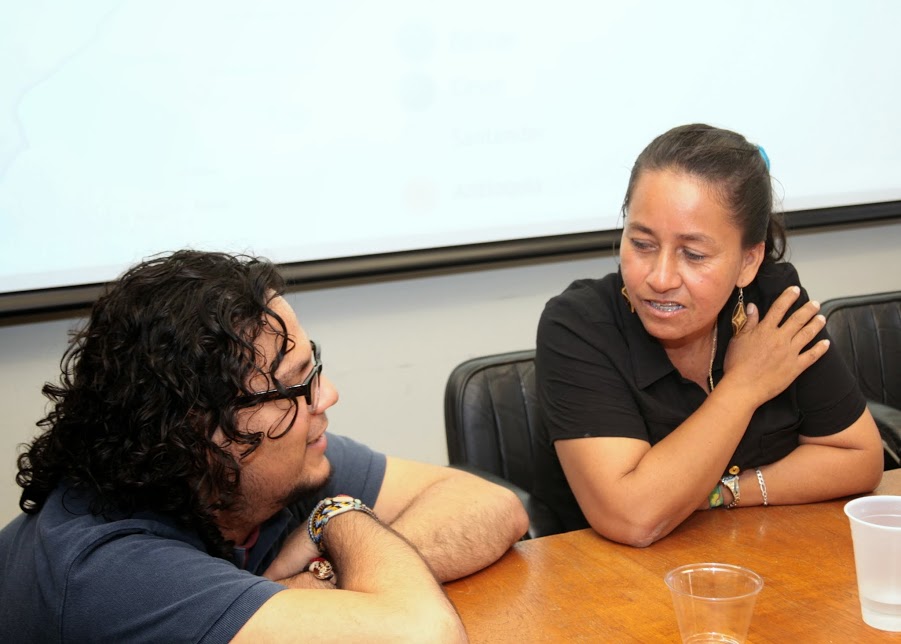 Lilia speaking with Omar Martinez of LAWG before speaking at the University of Texas. Credit: LLILAS BensonMy name is Lilia. I am a mother, a sister, a friend, a victim. I am displaced, a leader and council for victims, and am a member of the Mesa Nacional de Víctimas (Victims’ Roundtable). I am dignified, I am a survivor. I am proud of all of these things.

I am here before you to talk about the reality of victims of state crimes in Colombia.

To begin, it saddens me to say that in my country members of the armed forces kill civilians, mostly campesinos or young men from poor working class families. They then dress them in guerrilla fatigues with the purpose of displaying them as war casualties of the so called “war on terror.” This strategy, known as the “false positives,” was officially recognized when 19 young men had disappeared from a Bogotá neighborhood and were found in mass graves in a rural area more than 500 kilometers away in September 2008. However, this practice was not new. Even though this practice worsened under the “democratic security” policy of the Uribe Administration, it has its origins in previous governments.

Why did false positives happen?  This practice was encouraged by the “culture of death” fostered by the high command of the security forces, with incentives for body counts—a commercialization of war strategy which was set forth by the executive branch.

In the face of growing complaints over extrajudicial executions, the state resorted to the “rotten apple thesis,” blaming human rights violations such as the “false positives” on lower-rank officials directly responsible for military operations, exonerating those who lead the armed forces (the President, Minister of Defense, and high-ranking military officials) of the judicial, social, and political responsibility.  It effectively exonerates the state.

Now, when we speak about the ongoing peace process, it’s important to mention that the innocent blood that has been spilled by the criminal actions of the state is being sold as a thing of the past. Leaving the responsibility just to ex-president Alvaro Uribe, as if this was an episode removed from history and from the nation today, is the policy of the current administration. 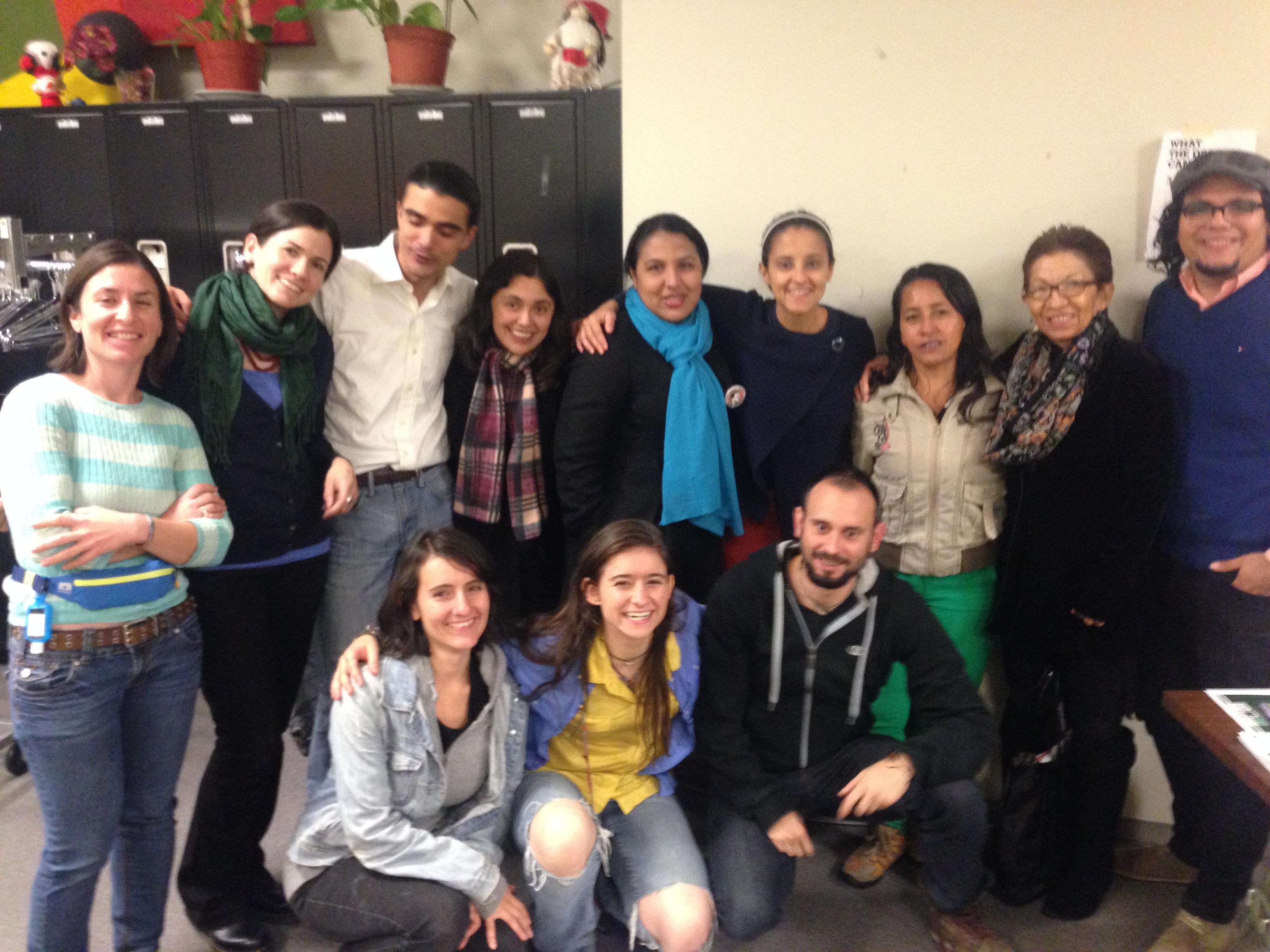 Lilia and Omar with members of the Colombian Studies Group of City University of New York. Credit: LAWGColombia as a country without state crimes, as a lover of peace—the arrival of light after darkness—this is the virtual Colombia that the government wants to show.  But in Colombia grave and systematic violations of human rights and international humanitarian law continue to occur with impunity. The state has not abided by the recommendations of international organizations. In the framework of the peace negotiations, we urge the Colombian Government to cooperate with all the special procedures of the United Nations Human Rights Council and to allow the international community to act as a as guarantor of the process.  The goal, the horizon to which we aim to arrive, should be the full realization of victims’ rights, as a guarantee of non-repetition and sustainable peace.

Finally, I would like to conclude by saying that the current peace process would never have been possible without the participation of the Colombian people, who in innumerable acts and declarations, even when it looked like everything was lost, took to the streets and went to the forums demanding a dialogue. This sentiment persists, and is now stronger than ever.

Peace, a political solution to the conflict, the continuity of the process in Havana, is not only dependent on the interests of Santos, but resides in the voice and presence of thousands and thousands of Colombians, who do not want this war anymore, nor impunity in Colombia. We proclaim a lasting peace with social justice for our communities. The same powerful class cannot continue to destroy our homeland while invoking its name. Peace is not theirs, it belongs to everyone.