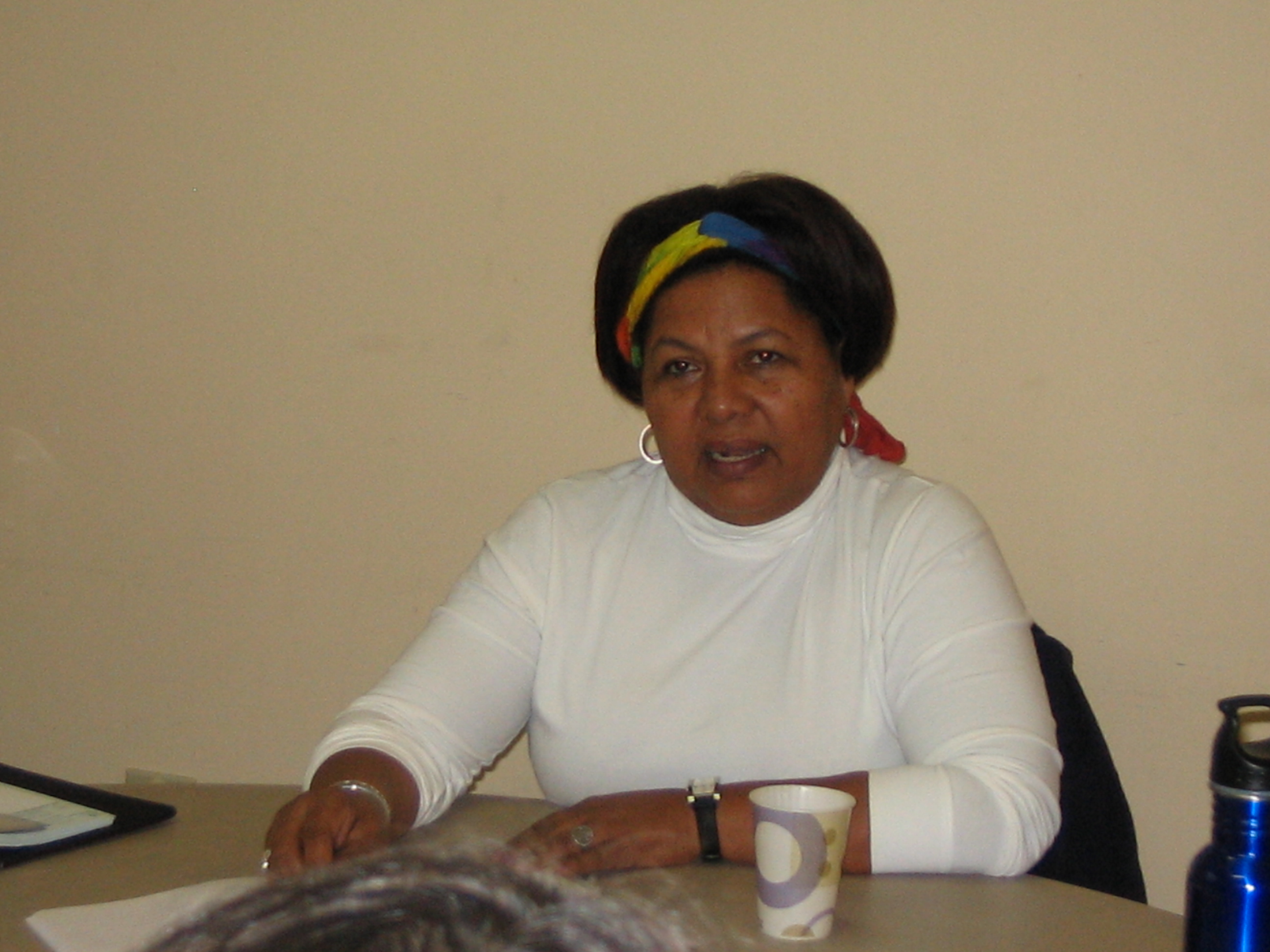 In honor of International Women’s Day, LAWG is pleased to feature this report-back from a recent discussion with Iris Munguia, lead organizer for the Coordination of Banana Unions in Honduras (COSIBAH). Munguia was born on a Chiquita banana plantation and has spent her life advocating for labor, human, and women’s rights. With 33 years experience as a banana worker and union organizer, Munguia is the coordinator for the Women’s Chapter of COSIBAH and the Women’s Chapter of the Coordination of Latin American Banana Unions (COLSIBA).

Munguia visited Washington, DC, to talk to policymakers and activists about current labor and human rights issues in Honduras and across Latin America. The following quotes were taken from her presentation at St. Stephen’s church at a round table discussion organized by STITCH.

“We have a presence in all of Central America, as well as in Colombia, Ecuador, and Peru, with a focus on banana, quinoa and cane production. We, as union leaders, have 30 years of experience in organizing; we began as members of the union, then became regional leaders, then executive leaders and now we are coordinators.

“Before the coup, women were already in charge of several organizations and were managing ourselves. But now women are creating their own organizations and forming a network of support for each other. We hold meetings where we analyze issues pertaining solely to women and articulate our demands as women.

“As women we have been able to act more collaboratively in our resistance work. For example, right now we are managing a radio program that runs for an hour every day from 2-3 o’clock in the afternoon. The program is run solely by women, both from the confederation and the Resistance, community women and union women.  We try to focus on problems that women face every day and to offer advice to women. Some examples of topics are women’s health and worker’s rights for women.

“In Honduras, there are six unions within Banana plantations with about 800 members out of 3,400 workers. The minimum salary in Honduras is 135; which amounts to about $6.80 for an eight-hour shift. But businesses have been shifting. Workers used to get paid per hour and now it is per contract, and with that comes exploitation.

“Right now in Honduras, because of the coup, oppression has increased. Over 300 women have been assassinated since January 2010. I am referring to homicide, directly targeting women, and nothing has been done about it. On a national level there are thousands of cases of murdered persons and they are not investigated because the government claims that organized crime or some business is responsible for the deaths.

“On July 2, we organized a march and I was the object of abuse. They grabbed me and put me in jail for five hours, all because I was part of a march. Lots of people were abused that day; they jailed about 100 people. But of course afterwards they could not prove why they had detained us.

“The new government just passed a new law in Honduras called the ‘Anti-Crisis Labor Law.’ This law, according to the government, is meant to generate more jobs for the Honduran people. But it only gives workers four-hour shifts; so the worker only has the opportunity to work four hours here, four hours there etc. As unionists, we see this as a threat because these workers will become temporary workers, denying them the opportunity to form unions.

“Without unions, who will guarantee human rights to the workers? Who will guarantee maternity leave to women? Workers will be working on a temporary basis. After a three month stint, their employers can say, ‘We no longer need your work.’ Fortunately, there are lawyers within the National Resistance Front who are trying to repeal the law although it has already been passed.

“So, what do we want from the government? We want laws that will favor the vast majority of the populations instead of laws that try to persecute most of the population. The work that you all do here is very important to us. [We need] organizations to ally themselves with us as part of a solidarity movement when we make claims of human rights abuses.”