Hurricane Sandy Devastates Eastern Cuba: How You Can Help

While many of us are facing the difficult task of rebuilding after Hurricane Sandy’s devastation along the north Atlantic coast, there are many others who face this undertaking with few or no resources, even without food reserves to face the days that have followed. Those living in Cuba’s second largest city, Santiago de Cuba, and in other towns in eastern Cuba were directly hit by Sandy’s wrath a few days before she reached the shores of the United States. On October 25, winds of 110 miles per hour devastated homes, businesses, and agriculture in the eastern provinces of Cuba for up to five hours. Now the Cuban people, just like many here in the United States, are in the recovery stages. 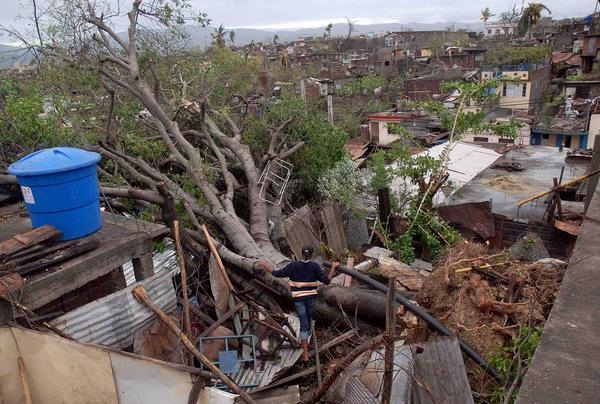 Our friends from MEDICC  have teamed up with Global Links and PAHO-WHO  to send medical supplies and equipment, chlorine tables, hospital furnishings and critical medical books to help relieve the 1.1 million residents that live within and around the Santiago city limits.

“Everything is destroyed in Santiago. People are going to have to work very hard to recover,” said a resident of the city, Alexis Manduley via telephone to Reuters.

Help MEDICC help those who do not have the resources to rebuild after this destruction by donating online here.