LAWG Joins the Camino Americano to Rally for Immigration Reform

“The Time is Now”, “Dignity and Respect”, and “Revitalize, Not Militarize, Border Communities” were just some of the messages thousands of immigration advocates sent to Congress during the Camino Americano: March for Immigrant Dignity and Respect in Washington, DC on October 8th. The day started with a prayer service, with clergy and lay leaders praying for the families torn apart by the estimated 1,100 deportations that take place on a daily basis. Many religious leaders described the U.S immigration system as broken and urged lawmakers to act quickly and pass comprehensive immigration reform. United Methodist Bishop Minerva Carcaño said, “We are destroying family unity, the government is shut down but immigrants keep working even though they are held hostage by broken laws”. 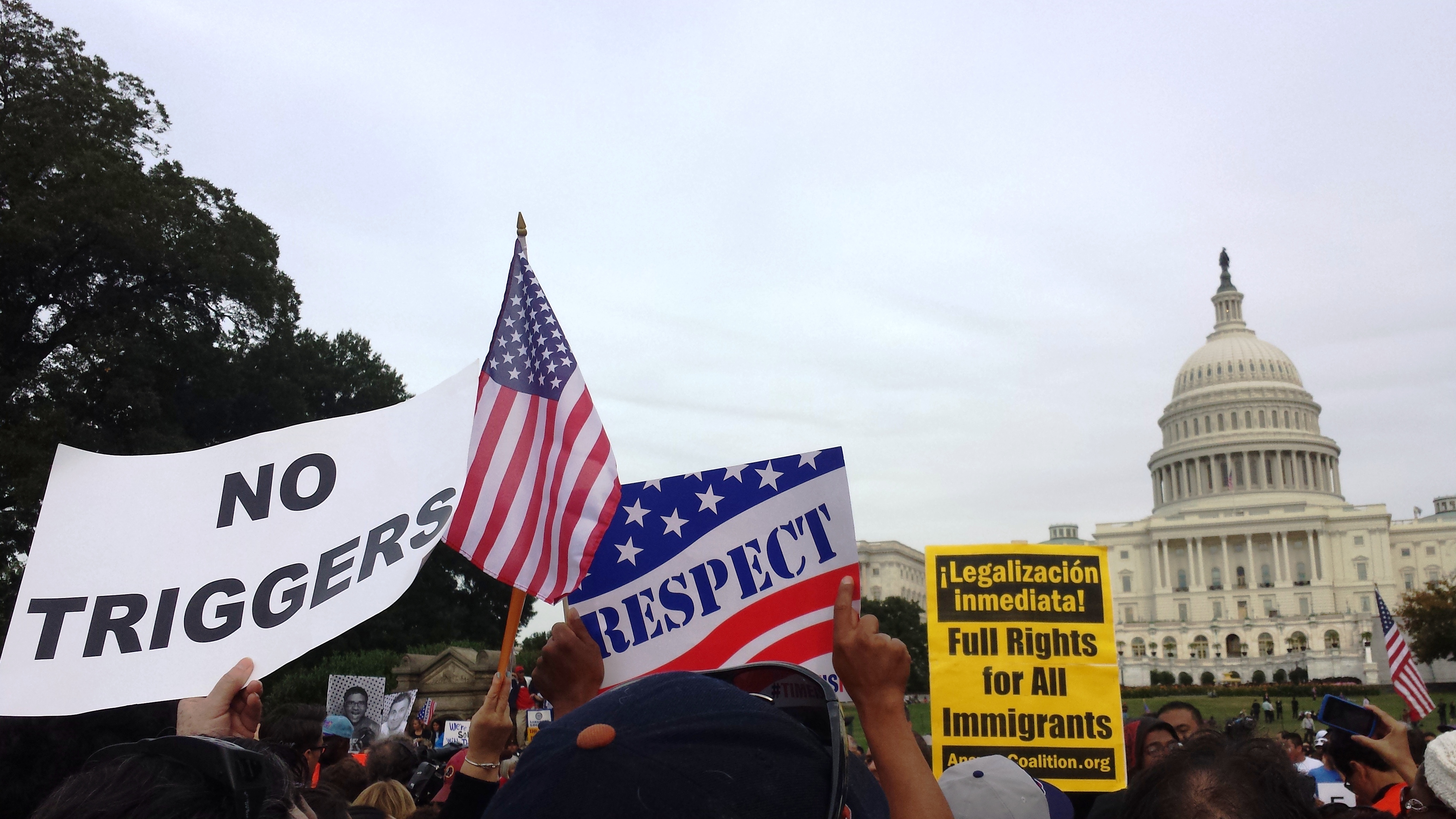 Leaders recognized that migrants come to the United States seeking a better life and the ability to provide for their families. Our policies should focus on unifying families, not midnight raids. Whatever happened to life, liberty, and the pursuit of happiness? Congressman Jeff Denham (R-CA) made a call to both sides of the aisle, “This is not a Republican or Democratic issue, it is an American issue, and we need to not let congress lose focus on immigration. The time is now.”

As part of the days celebrations, thousands gathered at the National Mall carrying American flags for moving performances from Lila Downs and the iconic norteño music group, Los Tigres del Norte. Many of their hit songs embrace the immigrant experience and “American Dream”, and the crowd moved to the music while, all the while waving their signs calling for “Citizenship for 11 million”, “Respect”, “Stop deportations”, and “Keep Families United.”

Every day, families and communities across the country are harmed by record levels of deportations. Each deportation carries its own story of heartbreak. During the rally, Alicia Silva, a community leader from CASA of Maryland, spoke of her brother who had been deported months ago, despite that he would have qualified for deferred action. He had attempted to cross back into the United States, but the family has not heard from him for five months and fear that he may be one of the many migrants who go missing. She called on Congress and the White House to put a stop to deportations, chanting Si se puede! House Minority Leader Nancy Pelosi showed her support by stating, “The blood of immigrants flows through all our veins, making America more American.” Later, Rev. William Barber blessed those who walked towards civil disobedience. Two hundred protesters, including five members of Congress, were ready to be arrested to send a message to Congress. Before being arrested, Congressman and civil rights leader John Lewis called for all to join the fight for immigration reform and to march for what is right, reminding the crowd that segregation in America needs stop. We have come too far for history to keep repeating itself.