Following in the footsteps of Ernest Hemingway, the Latin America Working Group Education Fund (LAWGEF) organized a delegation headed by John and Patrick Hemingway, grandsons of Ernest, to travel to Cuba and work with researchers to promote cooperation between the United States and Cuba in the field of marine conservation. The trip served the dual purpose of commemorating Hemingway’s life in Cuba and his love for the country, and his passion for the preservation of the Florida Straits. The group was able to celebrate the 60th anniversary of Hemingway’s Nobel Prize for Literature in 1954 and the 80th anniversary of Hemingway’s first journey from Key West to Havana on his cabin cruiser, Pilar, in 1934. Representatives from LAWGEF were joined on this trip by scientists, researchers, and experts on the life and literature of Ernest Hemingway. Participants were able to tour many of Hemingway’s favorite haunts on the island, and met with Cuban researchers and scientists to discuss environmental initiatives. 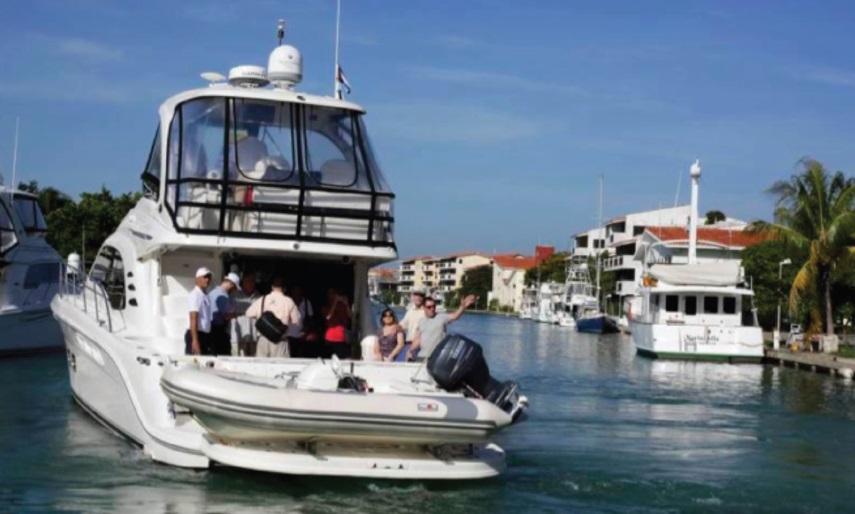 To further understand and celebrate the life of Ernest Hemingway, trip participants sailed from the Hemingway Marina near Havana to the fishing village of Cojimar, the setting of Hemingway’s The Old Man and the Sea. Townspeople and school children lined the docks waiting for the Hemingways. The mayor of Cojimar led a ceremony to honor the anniversary of Hemingway’s initial voyage on Pilar from Key West to Havana. At Hemingway’s one-time home and now museum, Finca Vigía, a ceremony was held to honor Hemingway’s literary accomplishments, specifically his Nobel Prize awarded in 1954.

Besides celebrating the life and work of the renowned author, the trip serves an example of how cooperation between Cuba and the United States is beneficial to both nations and essential to preserving our natural resources. As trip participants and grandsons of Ernest Hemingway, John and Patrick Hemingway, wrote upon returning from the trip:

“We hope that our journey to Cuba will begin to address these problems and restore balance to an important and delicate ecosystem that is of vital importance to both the American and Cuban people. We also hope that the cooperative nature of our trip will help demonstrate that better relations between the United States and Cuba are possible, and desirable. We support these changes in U.S. policy toward Cuba: The fundamental right to travel to Cuba without restriction should be restored to U.S. citizens; Cuba should be removed from the list of state sponsors of terrorism, which it is not. It’s time to move beyond more than 50 years of antagonism to normalized relations.”

The trip was a definite success, attracting international media attention and jumpstarting talks addressing the importance of scientific cooperation between the United States and Cuba in order to preserve the natural resources of the Gulf Stream and the Florida Straits. Additional information, photos from the trip, participant reflections, and a complete listing of media coverage of the trip can be found at lawg.org.