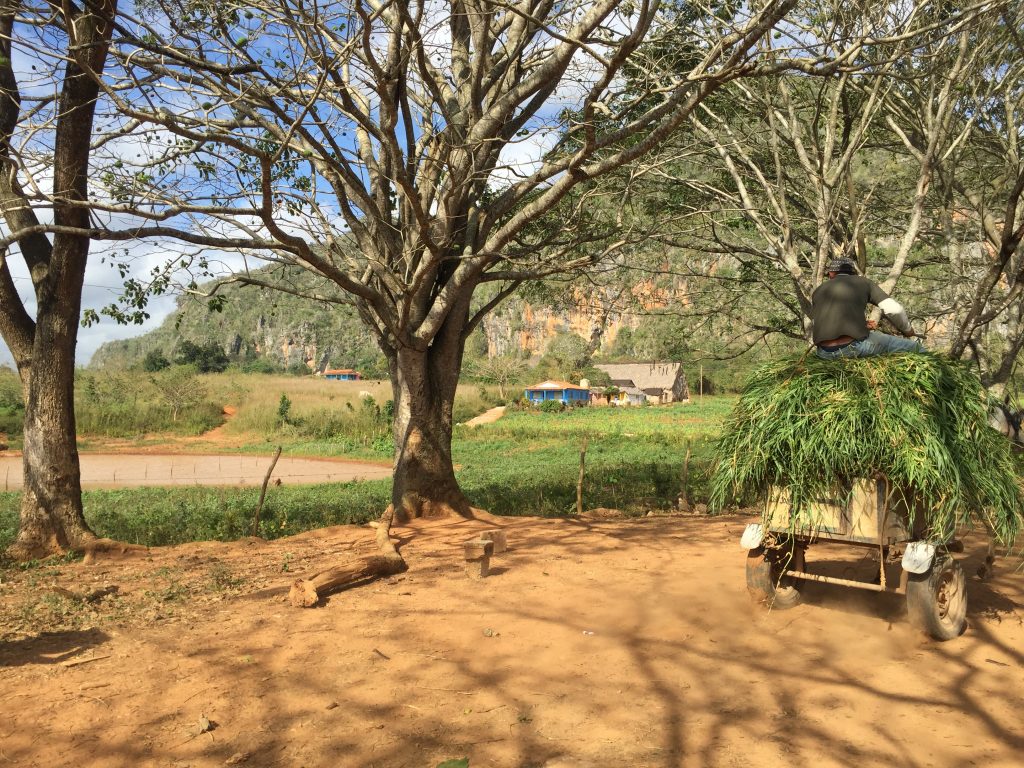 Movements Sustain Historical Memory in Latin America
Diana Ramos Gutiérrez, NACLA, August 18, 2020
“To speak of memory is imperative in a pandemic. It is in memories that we recover our humanity and remember our vulnerability, as the actions of some states recall the darkest moments of our recent social conflicts. The roll-out of authoritarianism and militarism in Latin America brings back historical memories we do not wish to repeat, but that we cannot forget. We build the society we wish to live in on the grounds of collective memory.”

Guatemala says 8 minors of 60 deported from US were COVID-positive
Associated Press, WILX 10, August 25, 2020
“The flight was carrying minors aged 11 to 17 and landed in Guatemala City Friday after taking off from Alexandria, Louisiana. Ministry spokeswoman Julia Barrera said five boys aged 13 to 17 and three 17-year-old girls were found to be infected, despite previous U.S. promises to increase health monitoring for migrants before deporting them.”

US deports 127 recovered coronavirus detainees to Guatemala
ABC News, August 19, 2020
“Previous U.S. deportation flights were criticized for deporting people with apparently active cases of the disease to Central America. But Guatemala’s Immigration Institute said the migrants who arrived Wednesday aboard a deportation flight from Alexandria, Louisiana, had medical certificates saying they no longer had the virus.”

Corruption Crises Mount Over Pandemic Spending in El Salvador
Héctor Silva Ávalos and Seth Robbins, InSight Crime, August 25, 2020
“When the website came back online, all information pertaining to the Bukele presidency had been eliminated, El Diario De Hoy reported. The information was removed a day after Salud Con Lupa, an investigative news site focused on health care in Latin America, published a report alleging that Bukele’s health minister, Francisco Alabí, had spend $50,000 to remodel his office during the pandemic.”

El Salvador Supreme Court Ruling Clears the Reopening of All Businesses Amid the Coronavirus Outbreak
VOA, August 25, 2020
“Still without the government oversight, businesses and people are urged to act responsibly and continue to try and contain the spread of the virus. Following Monday’s announcement of the reopening, public transit companies said they operate at between 50 to 80 percent of their services.”

Guatemala burying dozens of unidentified COVID-19 dead
Sonia Pérez D, AP News, July 29, 2020
“Workers at one of the country’s largest public hospitals have started photographing patients who arrive alone and too ill to give their personal details. Those who die unidentified are placed in body bags with transparent windows over the faces in case relatives finally arrived. Protocols that call for rapidly burying the dead during a pandemic only make the situation more difficult, officials say.”

Mexico passes somber coronavirus milestone even as signs of hope emerge
Stefanie Eschenbacher, Reuters, August 22, 2020
“At the peak of the pandemic, families wer given half-hour slots to accommodate as many as 14 funerals a day, said Diana Angelica Almazan Avila, a local official. Since then, there have been four days with no official deaths in the municipality.”

How One of Mexico’s Largest Migrant Camps Has Avoided a COVID-19 Outbreak
Amita Sudhir, Slate, August 25, 2020
“Knowing there would be no guarantee of an available ventilator at the hospital in Matamoros if they did have to transport someone, they began preparations in March that would enable them to care for patients on site, said Andrea Leiner, GRM’s director of strategic management plans. They built a field hospital.”

Coyotes Are Now Smuggling Migrants Back Home After They’ve Given Up on America
Bryan Avelar & Deborah Bonello, Vice, August 27, 2020
“‘Coyotes getting them home makes sense to me because I think it was really hard to get into El Salvador for a long time,’ said Galas from the IRC. ‘Getting through Guatemala was very hard too, when travel was prohibited because of COVID-19, people couldn’t cross the country. To be a Salvadoran or Honduran and to be stopped by the police? It was scary here during the military lockdown for those of us who had travel documents but for those that don’t, I think it would be terrifying.”

Who gets asylum? Even before Trump, system was riddled with bias and disparities
Kate Morrissey & Lauryn Schroeder, San Diego Union-Tribune, August 23, 2020
“Where asylum seekers wait for their day in court can mean the difference between protection and deportation. That ‘where’ depends on two decisions mostly out of asylum seekers’ control — whether they are held in detention and in which part of the country their hearings are scheduled. It can ultimately influence several other important factors: their chances of finding legal representation, the judge assigned and what legal precedents the judge must follow.”

Customs and Border Protection Paid $476,000 to a Location Data Firm in New Deal
Joseph Cox, Vice, August 25, 2020
“The news highlights how law enforcement agencies continue to buy data that may in some cases require a warrant or court order to obtain. This latest contract, which went to data broker Venntel and has not been previously reported, came after a government oversight committee already announced it was investigating such companies for their sale of sensitive data to agencies.”

Cuccinelli and Wolf Were Found Ineligible to Serve at DHS. What Happens Next?
Melissa Cruz, Immigration Impact, August 20, 2020
“The DHS officials will stay in their roles–at least for now. But the report could have severe consequences for the men and the policies they’ve enacted during their tenures. Chairs of both the House Committee on Oversight and Reform as well as the House Committee on Homeland Security have called for the men to resign. The report also referred its findings to DHS’ inspector general for further investigation.

Shadow Immigration System: Migrant Children Detained In Hotels By Private Contractors
Joel Rose and Marisa Peñaloza, NPR, August 20, 2020
“After spending the night in detention, they say they were loaded into a van by the men who were not in uniforms and driven three hours to the hotel. ‘We went through a side door. No one was there. We didn’t have to sign in or anything. We couldn’t see the name of the hotel,’ Jorge, who is 16, says in Spanish. His cousin, Ricardo, is 13.”

Trump proposals threaten LGBTQ asylum-seekers’ hopes of refuge in U.S.
Tim Fitzsimons, NBC News, August 20, 2020
“If approved as proposed, the rules would radically alter the American asylum system by making it harder to both enter the U.S. to seek protection and to win a gender-based claim in its immigration courts. Experts say the rules would empower officials in immigration courts and at the U.S. border to disqualify migrants from ever having their day in court.”

Homeless at home: Inside Mexico’s neglected displacement crisis
Ann Deslandes, The New Humanitarian, August 25, 2020
“Pacheco has now made it to a safer place, but he has no thanks for the Mexican authorities. ‘The government abandoned us,’ he told TNH by text message from Salt Lake City, where he is living with relatives while he awaits the outcome of an asylum hearing in January, and still worries about those he left behind. ‘They’re all so scared right now, and they don’t have any resources.’”

Drowning of leader at Mexican migrant camp spurs ‘silence and tears’
Sandra Sanchez, Border Report, August 19, 2020
“‘He was one of the leaders here at the camp who was very well-known and liked by everybody. He was always very cooperative and helpful,’ Pimentel said. Pimentel added officials are not giving them answers as to what happened. ‘Nobody is saying anything,’ she said. ‘All they understand is he fell into the river.’”

Honduran judge order trial to begin for accused mastermind of activist’s murder
Gustavo Palencia and Daina Beth Solomon, Reuters, August 26, 2020
“A Honduran judge on Wednesday ordered the start of the trial of a former executive who has been held in detention for more than two years on charges of ordering the murder of indigenous activist Berta Caceres, her daughter said.”

For the First Time, Remittances to Guatemala Have Surpassed US $1 Billion in One Month. What Does this Mean?
Mario Arturo García, El Faro, August 21, 2020
“Remittances to Guatemala approached US$1 billion per month three times in 2019, but even during periods of economic growth and peak employment in the United States, the rate has never been as high as it was this July. Now, in the midst of one of the worst global health crises in decades and as the U.S. unemployment reaches new heights, Guatemalans living abroad have nonetheless managed to send home a record $1.078 billion dollars in just 31 days.”

5 Black Men Kidnapped by ‘Police’ in Honduras Are Still Missing
Jared Olson, Vice, August 21, 2020
“‘There are three possibilities,’ reflects pastor Guzman. ‘One is they return, two is we find the bodies, three is we never hear anything. The third possibility is the hardest for the families. Because the families never get closure. Hope may soon start to fade for the fate of these five men.”

Honduras Unable to Curb Rising Violence Inside Prisons
Victoria Dittmar, InSight Crime, August 20, 2020
“Targeted killings, massacres, and deadly riots have all occurred in Honduras’ maximum-security prisons this year, putting a spotlight on how violence has spiraled out of control despite government efforts to stop it. Since November 2019, at least 55 killings have taken place inside Honduras’ prison system.”

Honduras Cocaine Seizures Reveal Renewal of Drug Corridor
Antonio McGrath, InSight Crime, August 19, 2020
“Officials say 2,241 kilograms of cocaine have been seized between January and July 2020, a little more than last year’s entire haul of 2,218 kilograms, Proceso Digital reported. Many of the seizures have taken place in La Mosquitia, a jungle region on Honduras’ Caribbean coast that is a crucial corridor for cocaine heading north.

Border Enforcement Developments Since 1993 and How to Change CBP
Daniel Martínez, Josiah Heyman, Jeremy Slack, Center for Migration Studies, August 2020
“Despite the massive buildup in enforcement, CBP has operated with little transparency and accountability to the detriment of migrants. The paper provides an overview of the findings of nongovernmental organizations and social scientists regarding migrant mistreatment while in CBP custody. It then highlights important shifts in migration patterns over the past decade, as well as changes in border enforcement efforts during the Trump administration. It discusses how these transformations affect migrants’ everyday encounters with CBP officials.”

Rep. Omar Leads Letter to Condemn Trump Administration’s Plan to Invest in Controversial Projects in Honduras
Office of Rep. Omar, August 13, 2020
“‘There are elements of the proposed investment that run in direct and flagrant contradiction to DFC’S stated commitment – and Congress’s stated intent in creating DC – to promote and facilitate investment with respect for human rights, the environment, and worker’s rights,’ the Members wrote.”

Stop the Ongoing Killings in Guatemala. A Statement from ILC
ILC, August 2020
“Today, indigenous and peasant organisations in Guatemala face a context of violence aggravated by the weakening of agrarian and human rights institutions. The latest measures taken by the government to eliminate the Secretariat of Agrarian Affairs (SAA), the Presidential Commission on Human Rights (COPREDEH) and the Secretariat for Peace (SEPAZ) are a step backwards in the construction of a more democratic state that respects human rights.”

Serve Your People: A Roadmap for Transforming Relations Between the United States and the Northern Countries of Central America
LAWGEF, KIND, Oxfam America, Climate Refugees, CWS, and WOLA, August 2020
“The report highlights ways the United States can restore and advance protections for migrants and refugees and use principled diplomacy to stand with civil society forces for change. It provides U.S. policy recommendations for protecting human rights, providing opportunities for youth at risk, addressing gender-based violence, tackling the COVID-19 pandemic, supporting equitable development strategies, and helping countries address the impact of climate change.”