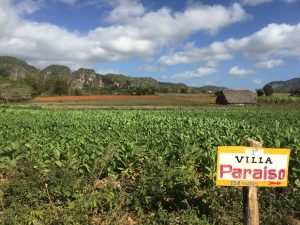 Protect Brave Honduran River Defenders
Antonio Saadipour Sellés, Latin America Working Group, September 11, 2020
“Brave leaders defending their communities’ rivers in Honduras from environmental damage from a mining company are facing being thrown in jail while they await trial. Already, eight community leaders have been locked in pre-trial detention for over a year. Now, a judge has revoked a measure protecting five additional community leaders from pre-trial detention. These defenders of the Guapinol and San Pedro Rivers represent just a handful of victims in a country where the rights of environmental defenders are violated every day.”

Coming Next to Latin America: Even More Political Fragmentation
María Victoria Murillo, Americas Quarterly, September 8, 2020
“Outsiders and polarization are not new in the greion. But the combined effect of scarce fiscal resources and economic recession left by the pandemic is shifting the contours, because they make it much harder to build large coalitions than during the commodities boom. We may have a glimpse of this reshaping in the upcoming elections in Bolivia and Ecuador, where incumbents are unpopular, and health crises are deep.”

After COVID-19, Latin America Braces for ‘Lost Decade’
Augusta Saraiva and Darcy Palder, Foreign Policy, September 4, 2020
“In 2020 alone, nearly 45 million more Latin Americans will be forced into poverty as a result of the coronavirus pandemic, with tens of millions pushed into extreme poverty, a recent study from the United Nations Economic Commission for Latin America and the Caribbean (ECLAC) study estimated. More than one-third of the region’s population will face unemployment and food insecurity, threatening dire long-term impacts for Latin America.”

A Pandemic Within a Pandemic Across Latin America
The Conversation, US News, August 24, 2020
“Reports of rape, murder and domestic violence are also way up in Mexico.  In Guatemala, they’re down significantly —a likely sign that women are too afraid to call the police on the partners they’re locked up with. The pandemic worsened but did not create this problem: Latin America has long been among the world’s deadliest places to be a woman.”

‘We sent 500 tests. They don’t answer calls’: Inside ICE’s coronavirus testing disaster
Patrick Michels, Laura C. Morel, Reveal News, September 10, 2020
“Internal emails obtained by Reveal from The Center for Investigative Reporting provide a behind-the-scenes look at the frustration that built up over months within the New Mexico Department of Health as officials with ICE or its contractors failed to test detainees exposed to the virus – or turned down vital testing assistance. State officials sought to control the spread of the virus at detention centers – including county jails and ICE facilities – worried that a COVID-19 outbreak in a correctional setting could spread into the community.”

The Trump Administration Is Considering Excluding Some Immigrant Children From A Controversial Pandemic Policy
Hamed Aleaziz, Buzzfeed News, September 8, 2020
“The Trump administration is considering changing a pandemic-related border policy to no longer quickly return unaccompanied children to four countries that require them to test negative for the coronavirus before entering, according to a draft of the order obtained by Buzzfeed News. The draft would amend an unprecedented order issued by the CDC earlier this year that allows border officials to expel immigrants at the southern border instead of housing them at facilities in the US for immigration proceedings.”

“There is no mercy”: As the Coronavirus Descended on the Border, the Trump Administration Escalated Its Crackdown on Asylum
Ryan Devereaux, The Intercept, September 5, 2020
“Border Patrol agents began throwing people back by the thousands, tossing men, women, and children across the international divide without a trace of due process. With hearings postponed and canceled, the wait grew increasingly indefinite and uncertain for the roughly 60,000 individuals in the administration’s Remain in Mexico program, many of them young families stuck in the continent’s most dangerous cities — places where more than 1,000 people had already been kidnapped, assaulted, or murdered.”

Amid coronavirus, Trump moved to expel immigrants—but Border Patrol didn’t test any of them
Malaika Tapper, The Intercept, September 3, 2020
“Documents disclosed by the Department of Homeland Security, which oversees immigration enforcement, on Monday show that, between March 7 and May 8, as the pandemic became a nationwide public health emergency, Border Patrol had administered coronavirus tests to a total of zero of the people it apprehended.”

‘No options’ for El Salvador’s pregnant girls raped in lockdown
Anastasia Moloney, Reuters, August 31st, 2020
“More than 100 girls in El Salvador, some as young as 10, got pregnant after being raped at home during the coronavirus lockdown, but strict laws mean they have no safe options to end unwanted pregnancies, campaigners said on Monday.”

Guatemala to reopen borders next week after 6 months
Associated Press, KSAT 12, September 10, 2020
“Guatemala’s government has reported about 80,000 COVID-19 infections and nearly 3,000 deaths. More than half of the country’s municipalities continue to be on the highest level of health alert.”

Matamoros refugee camp shrinking as COVID-19, border restrictions hinder volunteer efforts
Sandra Sanchez, ABC27 News, September 8, 2020
“That has not only caused hardship for volunteers who cross the border regularly to help the migrants in Matamoros, but it has also stoked desperation among the migrants themselves, many who are now starting their second year living in the tent encampment, most forced to remain in Mexico during their asylum proceedings under the Trump administration’s Migrant Protection Protocols (MPP) program.”

A migrant mother saw her disabled son walk into the U.S. Then he disappeared
Mimi Dwyer, Kristina Cooke, Sofia Menchu
“The story of how Gustavo disappeared and then reappeared in Guatemala is emblematic of what the U.S. Immigration rights activists say is an opaque, chaotic new system that President Donald Trump’s administration has implemented to expel migrants including unaccompanied children during the pandemic.”

Whistleblower details alleged politicization of intelligence at DHS
Benjamin Siegel, Josh Margolin, and Lucien Bruggeman, ABC News, September 9, 2020
“According to Murphy, in addition to efforts to downplay Russia’s role in election meddling, those leaders sought to downplay the threat posed by domestic white supremacy groups and manipulate statistics about terrorist entries along the southern border.”

2 O’dham actvists arrested after blocking border wall construction in southern Arizona
Rafael Carranza, AZ Central, September 10, 2020
“The two activists are members of the O’odham Anti Border Collective and Defend O’odham Jewed, a grassroots movement of tribal members and allies formed in opposition to border wall construction on ancestral tribal lands and to the desecration of sacred sites. The group said Wednesday’s protest was led by ‘O’odham u’wui,’ or women, and referred to them as ‘water and land defenders.’”

Exclusive: Trump administration considers postponing refugee admissions, U.S. official says
Ted Hesson, Mica Rosenberg, Reuters, September 10, 2020
“The possible postponement – one of several options under discussion – would mean some or all refugee admissions could be frozen until a legal challenge to a 2019 Trump order on refugees is resolved “with some greater degree of finality,” the official told Reuters.”

A Federal Judge Ordered The Trump Administration To Stop Detaining Immigrant Children In Hotels
Adolfo Flores, Buzzfeed News, September 4, 2020
“Since March, private contractors working for Immigration and Customs Enforcement (ICE) have been detaining hundreds of children who arrive at the border without their parents or legal guardians in a system of hotels. The children are then quickly sent back to their home countries without being able to access the nation’s immigration system under a coronavirus pandemic order.”

ICE Is Making Sure Migrant Kids Don’t have COVID-19—Then Expelling Them to “Prevent the Spread” of COVID-19
Dara Lind and Lomi Kriel, ProPublica, August 10, 2020
“Court documents, and information given by Immigration and Customs Enforcement to congressional staff last week, reveal that the Trump administration has agreed to test every child in its custody before sending them back to their home countries under the expulsion policy. ICE’s comprehensive testing appears to undermine the rationale for mass expulsion policy: that it is necessary to ‘prevent the introduction’ of COVID-19 into the United States.”

Mexico diverted money from development to contain migration
María Verza, AP News, September 8, 2020
“Under pressure from the United States to reduce migration, the Mexican government diverted money from a fund intended to spur regional development to instead renovate immigration detention centers and bus migrants from the U.S.-Mexico border. According to information obtained by the Associated Press through public records requests, the administration of President Andrés Manuel López Obrador designated more than $4 million from the Mexico Fund last year to immigration containment purposes.”

Asylum-seekers in Matamoros fear they’ll be forgotten
Dianne Solis, Dallas News, September 7, 2020
“Hundreds of asylum-seekers are still holding on in a tent camp across the river from Brownsville. Poor health conditions and the threat of kidnappings and violence are with them always. They remain dispossessed of nearly everything but hope.”

Was There a Quid Pro Quo Between Trump and the Guatemalan Presidency?
WNYC, September 10, 2020
“But last year, when the CICIG began investigating allegations against Morales, the anti-corruption body was shut down. And now, Ivan Velasquez is alleging that the U.S. government helped support the shuttering of the commission, in exchange for support from Guatemala for the Safe Third Country Agreement —- a policy to stop migration flows to the U.S.”

Guatemala: Rights Official at Risk of Criminal Prosecution
Human Rights Watch, September 9, 2020
“On August 12, 2020, Guatemala’s Supreme Court ruled that Rodas had failed to comply with a 2017 decision that ordered the Ombudsperson’s Office (Procurador de los Derechos Humanos, PDH) to cease activities that support or promote abortion, present access to abortion as a right, or promote its legalization. The court ordered the Prosecutor’s Office to investigate whether Rodas is guilty of non-compliance with a judicial decision, a crime under Guatemalan law punishable with up to three years of prison.”

Guatemala: Organization Denounces Land Rights Activist Murders
TeleSur, September 9, 2020
“According to the statement, Guatemala’s government withdrew several institutions that enforced and veiled over land rights, such as the Secretariat for Agrarian Affairs (SAA), the Presidential Commission for the Coordination of Executive Policy of Human Rights (COPREDEH), and the Secretariat for Peace (SEPAZ).”

Spanish trial brings hope of justice for victims of Salvadoran death squads
Sam Jones, The Guardian, September 7, 2020
“‘It’s not just a crime that happened 30 years ago, it’s about what impunity really means.’ A verdict is expected this month. For Carlos, the trial has not been about revenge or hatred – ‘it wouldn’t really make any sense’ – but about an end to impunity.”

3 Dirty Secrets Revealed by the El Salvador Gang ‘Negotiations’
Steven Dudley, InSight Crime, September 4, 2020
“The gangs have been given more control over concession sales inside the jails, a return to segregated jail cells whereby gangs are separated by gang affiliation, and the promise of social and economic programs inside and outside prisons. In return, the gang leaders keep the violence to a minimum and ‘support’ Bukele’s party, Nuevas Ideas (New Ideas), in its efforts to seize control of congress and numerous important city halls in elections set for February 2021.”

5 Garífuna Leaders Are Still Missing in Honduras
Massay Crisanto, The Nation, September 3, 2020
“On July 18 at 5:30 am, men wearing police uniforms kidnapped the five leaders after forcefully invading their homes, breaking windows, tampering with locks, and forcing the Garífuna men—Alberth Centeno, Milton Martínez, Suami Mejía, Gerardo Róchez, and Junior Mejía—out of their homes. They have not been seen since. The men were kidnapped on a Saturday during which the State of Honduras restricted civilian movement due to Covid-19, allowing only state officials, authorities, and health workers to move freely.”

A New Latin America Foreign Policy Agenda for the Next Administration
NACLA, September 5, 2020
“Over 100 organizations that work on issues related to Latin America and the Caribbean sent a letter to Democratic nominee Joe Biden and President Donald Trump calling for the next administration to adopt a new Good Neighbor Policy toward the region based on non-intervention, cooperation and mutual respect.”