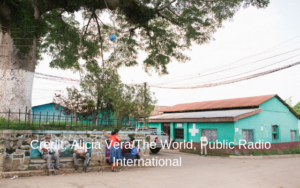 DHS draft proposal would speed deportations
Ted Hesson, Politico, April 25, 2019
“The change could speed up the deportation of recent arrivals at the border and reduce the load on federal immigration courts, which have grappled with a soaring case backlog.”

‘I’m in danger’: Migrant parents face violence in Mexico under new Trump policy
Robert Moore, Texas Monthly, April 25, 2019
“On April 17 and 18, at court hearings in El Paso for 42 asylum seekers, including 15 children, the major concerns of critics of the “remain in Mexico” plan unfolded: migrants faced violence in Mexico and had little or no access to attorneys; the already limited humanitarian relief network was strained beyond capacity.”

DHS says over 1,600 migrants sent to Mexico to await asylum processing
Rachel Frazin, The Hill, April 26, 2019
“The migrants were sent under the administration’s so-called Migrant Protection Protocols (MPP) program, which requires some asylum-seekers to wait in Mexico as their claims are processed. The policy aims to reduce the number of people entering the U.S. through the border with Mexico.”

Alleged Leader of Border Militia Facing Federal Firearms Charges in New Mexico
Richard Gonzales, NPR, April 22, 2019
“The alleged leader of an armed militia group that has intercepted and detained migrant families along the southern border in New Mexico was charged with federal firearms offenses on Monday.”

Trump White House blocks senior aide from testifying on immigration policy
Katherine Faulders, ABC News, April 25, 2019
“Cummings requested that Miller come before the committee to explain the administration’s’ handling of the border crisis and recent reports about a plan to transfer immigrants detained at the southern border onto the streets of “sanctuary cities” – a plan President Donald Trump confirmed.”

Over 1,000 migrants break out of southern Mexico detention center
Jose Torres, Reuters, April 26, 2019
“Mexico has returned 15,000 migrants in the past 30 days, officials have said, amid pressure from U.S. President Donald Trump to stem the flow of people north.”

Migrant anxious after Mexican authorities raid caravan
Associated Press, Los Angeles Times, April 23, 2019
“As migrants gathered under spots of shade in the burning heat outside the city of Pijijiapan, federal police and agents arrived in patrol trucks and vans and forcibly wrestled women, men, and children into the vehicles.”

Mexican organizations denounce efforts to criminalize migrants and those who assist them
Alianza Americas, April 22, 2019
“Rising xenophobia – particularly against Central Americans – has been driven by news reports, communications, and advisories distributed by local media, private businesses, and municipal governments.”

Mexican Town Once Welcomed Migrants. Now It Blames Mexico’s President for Them
Paulina Villegas and Kirk Semple, The New York Times, April 20, 2019
“The resentment is heated enough that local officials in the nearby town of Huixtla tried to block about 2,000 migrants from entering town in recent days, declaring an emergency and telling residents to close their shops and remain inside their homes.”

Global migrants’ journey stalls in southern Mexico
Mark Stevenson, AP news, April 28, 2019
“Some say they’ve given up hope of reaching the United States and just want papers that will allow them to work in Mexico — but northern Mexico, where wages are higher. The government is not prepared to grant that, so it keeps them here, waiting. Perhaps for an asylum ruling, perhaps residency status.”

One year after notebook appears in Tijuana, confusion and anxiety continue in asylum line
Kate Morrissey, San Diego Union-Tribune, April 28, 2019
“Yards from their intended destination, after long and dangerous journeys to the border, they find themselves stuck in a de facto system not officially recognized by either the United States or Mexico, their names jotted down in a notebook that controls when they are supposed to cross.”

UN: Food crisis in Central America Dry Corridor is Invisible
Latin America Herald Tribune
“The majority of the people affected are small farmers who live far from urban centers in communities with few services and public infrastructure and who are focused on subsistence agriculture, meaning that they eat and live on what little they grow, mainly corn and beans.”

US drug probe lands Guatemala president in hot water
Parker Asmann, InSight Crime, April 25, 2019
“Morales claimed in an April 23 that the helicopter was contracted by his government with a company called Maya World Tours, which brokers helicopter flights. However, a legal representative for Maya World Tours said that the company never provided the use of Estrada’s helicopter to Morales, and that the president used the aircraft through some other arrangement.”

In El Salvador, climate change means less coffee, and more migrants
Emily Green, Public Radio International, April 24, 2019
“The decline of El Salvador’s coffee industry goes back decades and is the result of a lot of problems: the low price of coffee on the market, lack of investment in the farms and agricultural pests. But farmers, agricultural experts, and environmental academics also point to another factor compounding the challenges: climate change.”

Trump’s Central American Mistake
Shannon K. O’Neil, Council on Foreign Relations, April 4, 2019
“Trump’s bullying tactics will not lower the number of women, children and men leaving El Salvador, Guatemala and Honduras for the United States. If anything, the aid pullback will undermine the tenuous ability of these nations to mitigate these migratory flows.”

A Turn Away From Mexico’s Environment? President Andres Manuel Lopez Obrador’s early months in office stir concern over his campaign promises to focus on climate change and worker rights
Oscar Lopez, US News & World Report, April 22, 2019
“Just over a week after taking office, Lopez Obrador announced the construction of a new oil refinery in his home state of Tabasco, which is set to cost $8 billion, produce 400,000 barrels of gasoline per day, and, according to the president, generate as many as 35,000 jobs. In January, his administration canceled a clean energy auction for companies to bid on the rights to generate wind and solar power. Meanwhile, his 2019 budget would see funding for the environment ministry slashed by a third.”

Police fire tear gas at Honduras protesters
Gulf News, April 27, 2019
“Around 10,000 people in Tegucigalpa lit torches and chanted “JOH out”, referring to President Juan Orlando Hernandez, before police moved in, according to witnesses.”

TPS National Security Foreign Policy letter
Latin America Working Group, April 26, 2019
“Organized criminal groups not only perpetuate much of this violence, but they also assert control over the large territories in which they operate. One way they gain revenue is through extorting local populations. Organized criminal groups that extort local populations in Mexico have become increasingly prevalent and sophisticated.”

Practice advisory: asylum seekers stranded in Mexico because of the Trump administration’s restrictive policies: firm resettlement considerations
Catholic Legal Immigration Network, Inc., April 24, 2019
“Under Remain in Mexico, when an asylum seeker presents himself or herself at an affected port of entry, CBP issues a Notice to Appear, placing the asylum seeker into removal proceedings under section 240 of the Immigration and Nationality Act (INA) with a future hearing date.”

Report | A Better Way: Community-Based Programming as an Alternative to Immigrant Incarceration
David Secor, Heidi Altman, and Tara Tidwell Cullen, National Immigrant Justice Center, April 22, 2019
“Evidence-based studies consistently prove community-based programs to be safer than a detention-based approach, vastly less expensive, and far more effective at ensuring compliance with government-imposed requirements. Most importantly, community-based alternatives offer a framework for refugee and migrant processing that is welcoming and allows families and communities to remain together.”
*The Central America/Mexico Migration News Brief is a selection of relevant news articles, all of which do not necessarily reflect the viewpoint of the Latin America Working Group.