New Year’s Resolutions for U.S. Policy Towards Latin America: Check Some off the List, More to Do!

How is the Obama Administration’s Latin America policy stacking up? In January 2013, the Latin America Working Group called for 10New Year’s Resolutions for U.S. policytowards the region. Two years later, President Obama has made progress on several fronts — despite resistance from Congress. 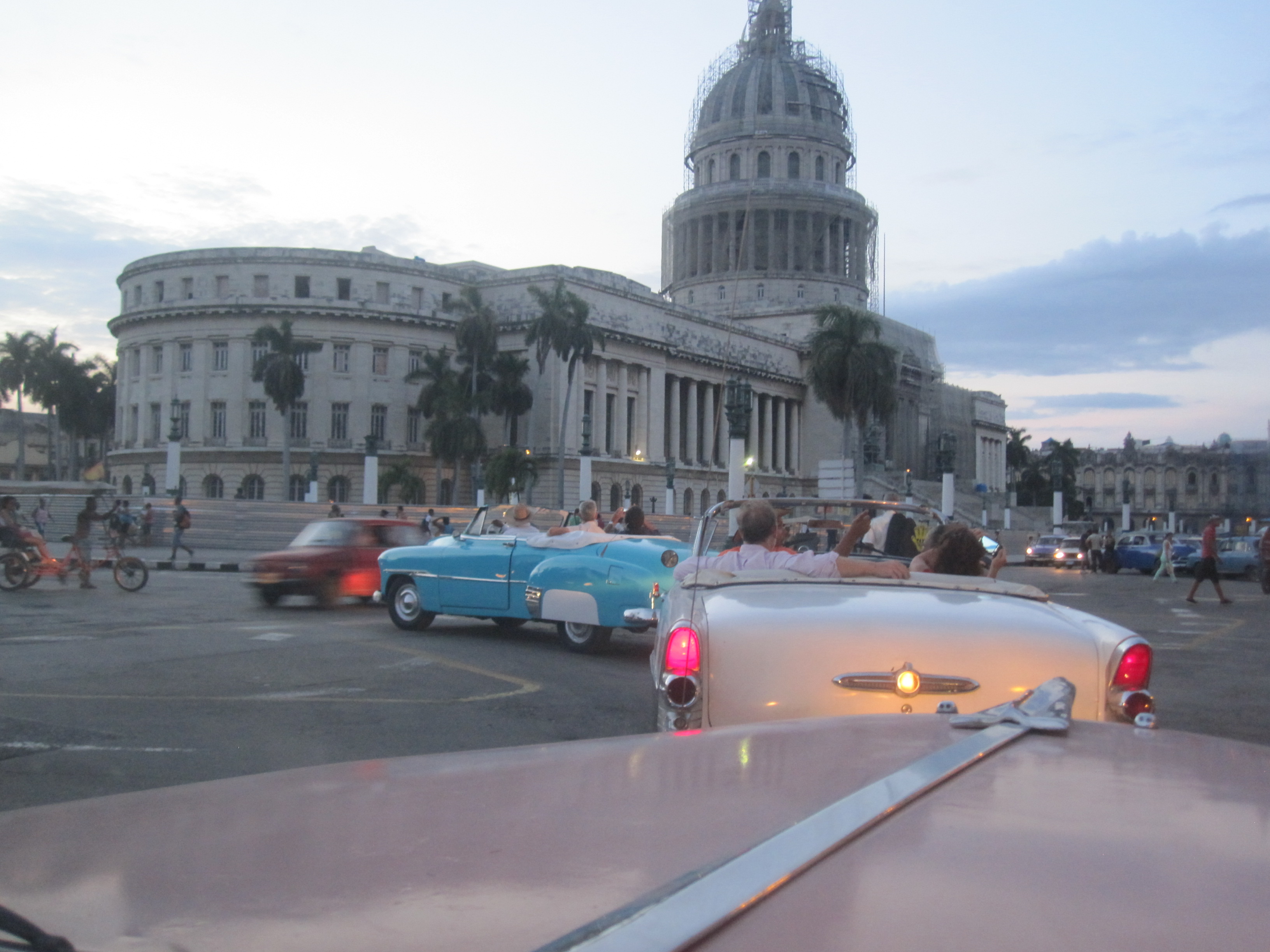 Hemingway Commemorative delegation caravan of classic car taxis passing Cuban Capitolio in Havana. Launching a rational policy towards Cuba.President Obama made history with dramatic changes in U.S. policy towards Cuba in December 2014. The two nations are reopening diplomatic relations cut off more than 50 years ago. His actions to expand travel for U.S. citizens under general licenses and allow authorized transactions between U.S. and Cuban institutions will increase the dialogue and free flow of ideas and connections between our nations. And the President called for a review of Cuba’s position on the list of state sponsors of terrorism, likely to lead to Cuba’s removal from the list. Next, Congress should act to lift the embargo. The time is now.

Supporting peace in Colombia.Two years ago, the Obama Administration tepidly supported the peace process. Today, President Obama strongly backs these negotiations, the best chance ever to end the longest-running war in our hemisphere — a war in which more than220,000 people,over 80 percent civilians, have died. Now we need bipartisan support for peace in Congress. The Obama Administration must call for peace with justice, truth and reparations for victims. It should press the Colombian government to keep military human rights crimes in civilian, not military courts — including the cases of over 4,000 people killed in cold blood by soldiers, often to up body counts.

Comprehensive immigration reform.Well, that sure hasn’t happened. But President Obama, lacking support in Congress, took important steps in his power to make life bearable for the people in the shadows, the more than 12 million undocumented men, women and children. His action allows many parents of U.S. citizens and lawful permanent residents who arrived before 2010 to stay without fear of deportation and expands those eligible for Deferred Action for Childhood Arrivals (DACA). Now, Congress should move forward with comprehensive immigration reform. And U.S. Customs and Border Protection should end those deportation, apprehension and detention policies that violate the human rights of migrants and the civil rights of citizens living in the borderlands.

How has the Obama Administration failed to change U.S. policy towards Latin America?

Banning assault weapons.Despite the impact of the Newtown murders, little has changed in terms of gun control. This matters not only for the people of the United States but for the people of Mexico, as U.S. weapons fuel the violence ravaging that country, violence in which over 25,000 people have been disappeared. President Obama issued an executive order to stop the importation of military-grade weapons into the United States. This is something, but not enough. Congress should ban assault weapons, period.

Ending the militarized approach to drugs.Latin American presidents of all political persuasions are telling us: Rethink the “War on Drugs,” which has brought suffering without results. But U.S. policy and aid are still on autopilot. Worst of all, the United States supports, or fails to oppose, the use of the military to patrol the streets and countryside, especially in Central America and Mexico, and backs the aerial spraying program in Colombia that destroys families’ food crops along with drug crops. The United States should unequivocally oppose the use of militaries for law enforcement in Latin America — as we do at home. The administration should decisively reorient aid for violence-wracked countries. Aid should focus on strengthening judicial systems; violence prevention, including programs for communities and youth at risk; education; working with poor farmers to develop sustainable alternatives to drug production; voluntary drug treatment; child protection and women’s shelters; and small-scale rural and urban development. We can, we must, do better.

Cleaning up our own act.The United States’ voice on human rights in the region will be stronger if our government adheres to human rights principles. The Senate intelligence committee’s release of the executive summary of a report on the CIA’s post-9/11 detention and interrogation program is a step forward. The Obama Administration’s actions to transfer prisoners held in Guantanamo, including six prisoners cleared for release in 2009 and just transferred to Uruguay, is a small advance. But the United States must do more to address the post-9/11 blot on its human rights record. The Congress should ban torture. The United States should shutter Guantanamo for good.

Speaking up for human rights.Sometimes, the Obama Administration does the right thing. Opposing military jurisdiction for human rights crimes in Mexico and Colombia, for example, and supporting the Inter-American human rights system against critics from left and right. But too often the administration’s human rights voice is muted. Latin America has one of the world’s highest rates of threats and attacks against human rights defenders, including environmental and labor activists. In many countries, labor rights even when on the books are unenforced. Members of the LGBT community suffer violence without justice. Whether dealing with close U.S. partners or more distant governments, the United States should have the same principled voice for human rights.

2014 was a decent year for change in U.S. policies towards Latin America and the Caribbean. Let’s make 2015 a banner year.