On Friday, October 14, 2016 the Obama Administration took another step forward in the process of normalizing U.S.-Cuba relations by announcing a new set of regulatory policy changes. While these included the eye-catching removal of restrictions on how much rum and cigars U.S. citizens are allowed to bring back into this country for personal use, there were many other significant revisions that are worth our attention. The full slate of policy changes may be viewed here.

• Most ships that have traded with Cuba can come directly to the United States. The 180-day waiting period for entering a U.S. port is now officially waived. 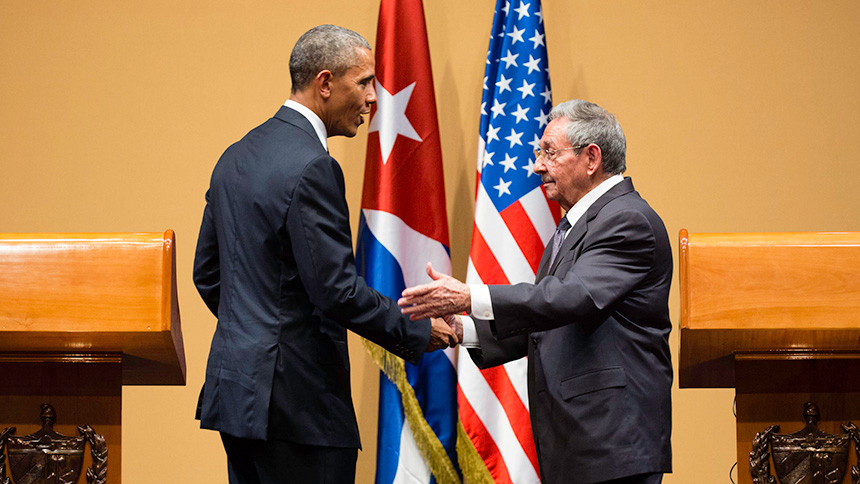 The full policy directive includes additional statements of interest. Notably, the United States intends to retain Guantanamo Bay. However, it pledges to make U.S. democracy-promotion programs more transparent and “consistent with programming in other similarly situated societies around the world.”

Over his eight-year tenure, President Obama has used his executive authority to bring about momentous changes in U.S.-Cuba relations. LAWG applauds the precedent that the president has set; his actions have drastically changed the course of U.S. Cuba policy and have helped forge a more positive relationship with our formally estranged Cuban neighbors. That being said, the hard reality is that the President has nearly come to the end of his authority bandwidth. Congress must now take action and vote to change the written law and end the embargo.

Over the two years of the current Congress, several bills have been introduced that LAWG supports. Your activism has been essential in securing these major advancements. Yet, there is so much more that we can do to end the embargo.

You’ve already helped us make progress in Congress by targeting your representatives, and the lists of bipartisan co-sponsors are impressive. Your calls, emails, and meetings have worked!

As the clock runs down on the current session of Congress, we need start looking ahead and prepare to work with a new Congress from a position of strength. There is still a lot of work to be done in the House of Representatives, so we encourage you to contact your member of Congress now and urge them to support the normalization of U.S. relations with Cuba. It’s time to get everyone on board and make this a truly bipartisan effort to lift the embargo in its entirety.

We need your help reaching out to all members in the House about these bills:

• HR 3238: The Cuba Trade Act of 2015
o Introduced by Rep. Tom Emmer (R-MN 6th) and Rep. Cathy Castor (D-FL 14th), this bill would allow U.S. businesses in the private sector to trade with Cuba without restrictions.