Obama’s Speech, Latin America, and the World as It Should Be

There’s much in Obama’s foreign policy speech at West Point that resonates for those who would like to see a just foreign policy towards Latin America.

“But to say that we have an interest in pursuing peace and freedom beyond our borders is not to say that every problem has a military solution.” 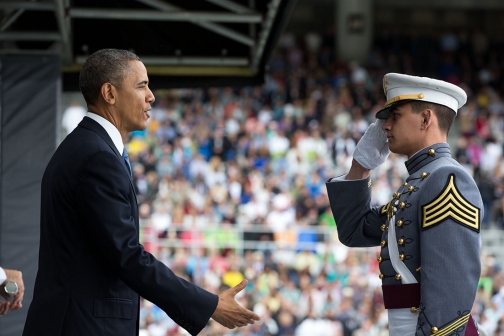 “What makes us exceptional is not our ability to flout international norms and the rule of law; it is our willingness to affirm them through our actions. And that’s why I will continue to push to close Gitmo — because American values and legal traditions do not permit the indefinite detention of people beyond our borders.”

I am not going to quibble with the words in this fine speech. Let’s go to deeds.

In his remaining time, there’s a lot President Obama could do to build a foreign policy towards Latin America and the border region that would fulfill these shining words: “American leadership also requires us to see the world as it should be — a place where the aspirations of individual human beings really matters; where hopes and not just fears govern; where the truths written into our founding documents can steer the currents of history in a direction of justice.”
President Obama, here’s a checklist to turn your words into action:

One part of Obama’s speech raised a red flag. Using partner forces to carry out the counterterrorism tasks the United States does not do directly has its own concerns and costs. The United States must make sure that forces it trains and equips do not commit abuses with impunity, screening out abusive units using the Leahy Law and where gross abuses are pervasive and unpunished, suspending assistance to a nation’s security forces.

President Obama, steer the currents of history in a direction of justice. We cannot do that without you.