One Year into Enrique Peña Nieto’s Government: Where Are All the Disappeared People?

This blog originally appeared on the Frontline Defenders Blog.

“The only thing we are asking is that the authorities act: results, nothing more. Until we find Héctor we won´t stop working. To a certain point we thought things would get better when the new President came in, and well, it´s been the opposite: it´s getting worse all the time. We still don´t know where they are. Everything has just been meetings upon meetings. But well, there are no results, and there is no commitment” Brenda Ivonne Rangel Ordiz, sister of Héctor Rangel Ordiz, disappeared 10/11/09, Coahuila.

In December 2012, Enrique Peña Nieto became President of Mexico on the back of a report by the UN Working Group on Enforced or Involuntary Disappearances (WGEID) which, as with reports by Human 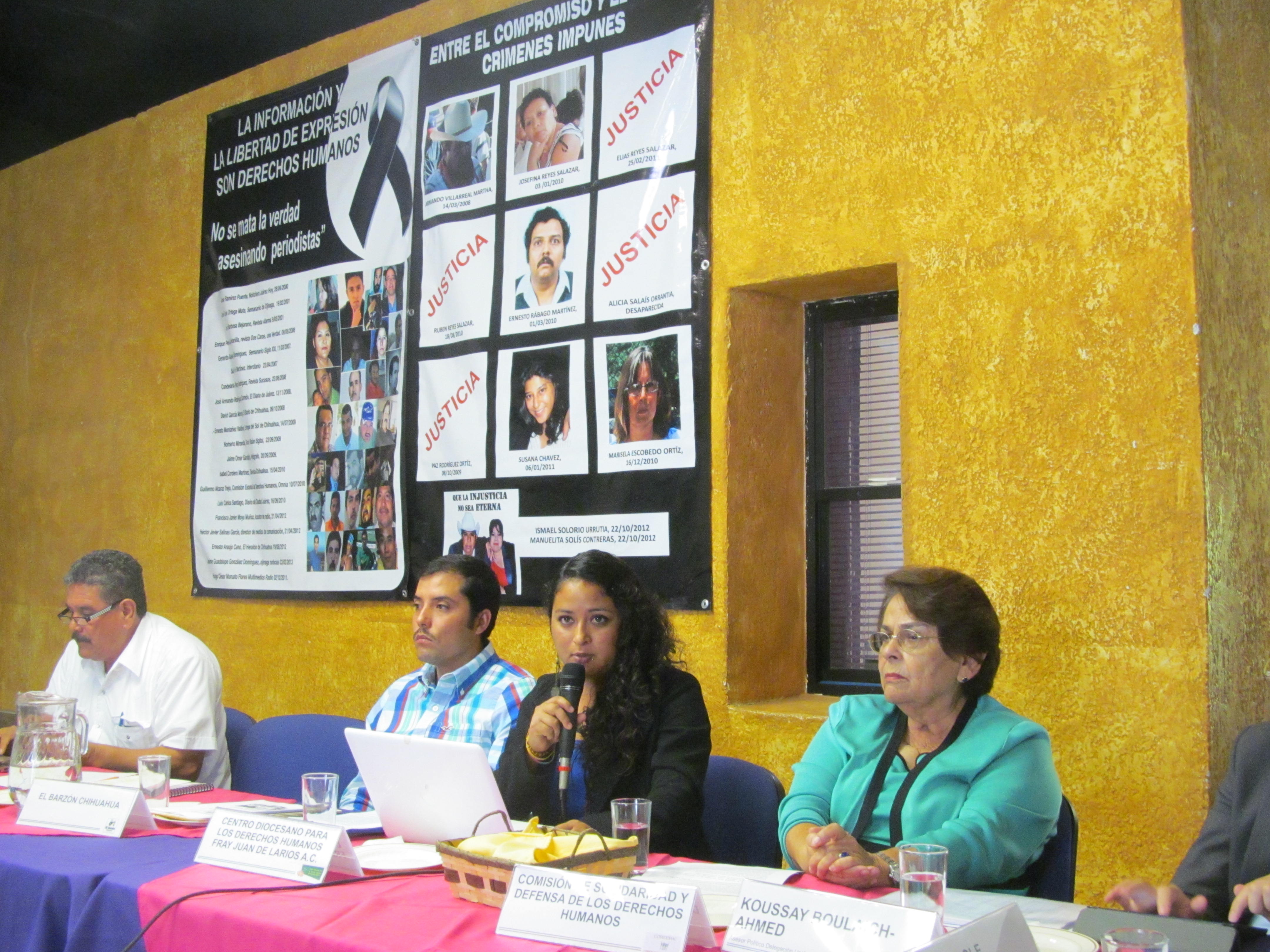 Alma Garcia of the Fray Juan de Larios Diocesan Center for Human RightsRights Watch (HRW) and Amnesty International (AI) published months later, proved what victims’ families and human rights organisations had long since denounced: in Mexico ‘enforced disappearances have occurred in the past and continue occurring in the present’.

The WGEID report confirmed that ‘not all disappeared persons were abducted by independent organised criminal groups; the State is also involved in enforced disappearances in Mexico’. Reliable information, they said, proved the existence of ‘forced disappearances carried out by public authorities, criminal groups or individuals with direct or indirect support from public officials’.

The Group’s assessment of the governmental response to this phenomenon was damning: ‘There exists no comprehensive public policy nor legal framework dedicated to the different aspects of prevention, investigation, sanctions and reparation for the victims of forced disappearance. It would appear that there does not exist a vertical nor horizontal coordination between federal, local and municipal authorities. Neither does there exist an adequate national system to carry out searches for people forcibly disappeared’.

The much-lauded Pacto por México which set out the new Government’s agenda upon a base of cross-party support, promised to strengthen legislation to prevent and sanction forced disappearance, whilst in February the Interior Ministry (SEGOB) confirmed that they held a record of 26,000 people reported as disappeared during the previous six-year administration of Felipe Calderón, committing to put in place initiatives and actions to find the victims and sanction the perpetrators.

Whilst 56% of the cases of disappearances documented by AI and 60% of those investigated by HRW were enforced disappearances according to the UN definition, SEGOB were unable to clarify levels of State involvement. A year into President Peña Nieto’s Government, steps have been taken towards a recognition of the crisis and promises have been made regarding how to react. However, human rights defenders on the ground in the North of Mexico state that, for the families, little has changed: their loved ones are still missing, those responsible are still free, the anguish is ongoing, and the attention they receive from the authorities is at best merely symbolic and often degrading. What is more, the lives of human rights defenders working on the issue are at risk.

‘The worst thing for the families after the disappearance itself, is the fact that the authorities are not searching for their relative’, says Alma García of the Fray Juan de Larios Diocesan Centre for Human Rights in Saltillo, ‘there are families who have the idea that their relatives are being forced to work for organised crime groups. Another hypothesis is that they have been killed already. The hope that they are still alive but being forced to work is the greatest hope which means they keep searching’.

The families of victims point to a range of pending issues which could facilitate an effective search, from better coordination between governmental entities to being able to denounce and trigger a search in the precious first hours of a disappearance. What is more, an accessible database with DNA analysis capacity is urgently required, they say. ‘The authorities should respond in an institutional fashion, and train their staff to carry out professional and scientific investigations regarding forced disappearances’, says Silvia Méndez, of the Paso del Norte Human Rights Centre in Ciudad Juárez which, like Fray Juan de Larios, provides integral support to the families of victims.

To read the complete commentary in English, click here.

*Ben Leather is an independent consultant in human rights and international advocacy and, until December 2013, was Advocacy Coordinator of Peace Brigades International (PBI) Mexico. Currently also collaborating with International Service For Human Rights, he would like to thank Ivi Oliveira, Security Coordinator of PBI Mexico, for her support in the research and editing of this article.