Rallying for Justice Against the Colombia FTA

On Monday, July 11, activists from the United States and Colombia organized an emergency demonstration against the pending Colombia Free Trade Agreement across from the White House.

The protest called on President Obama to follow through on his campaign promise not to move forward with the Colombia FTA, because in his own words, “the violence against unions in Colombia would make a mockery of the very labor protections that we have insisted be included in these kinds of agreements.” 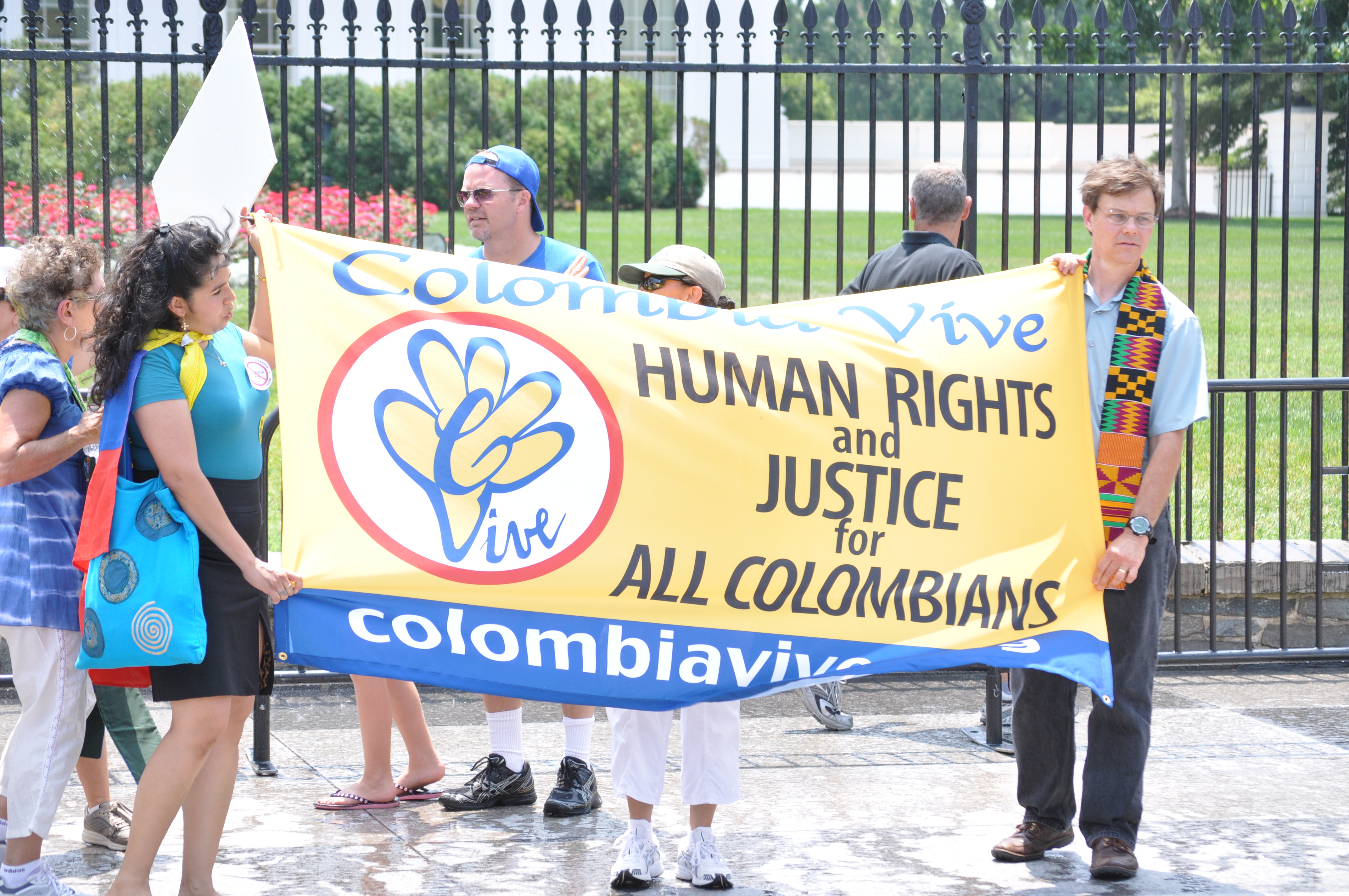 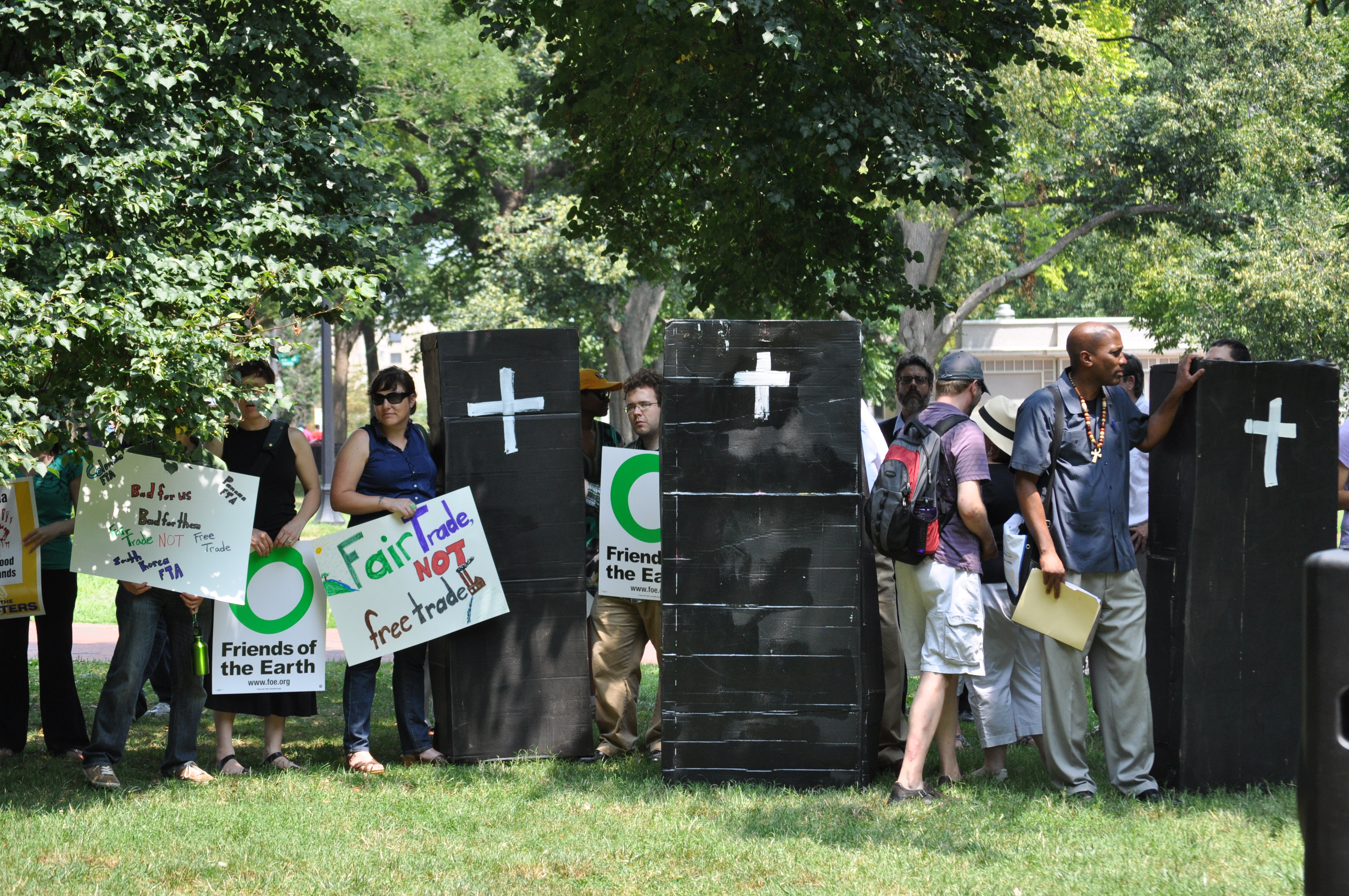 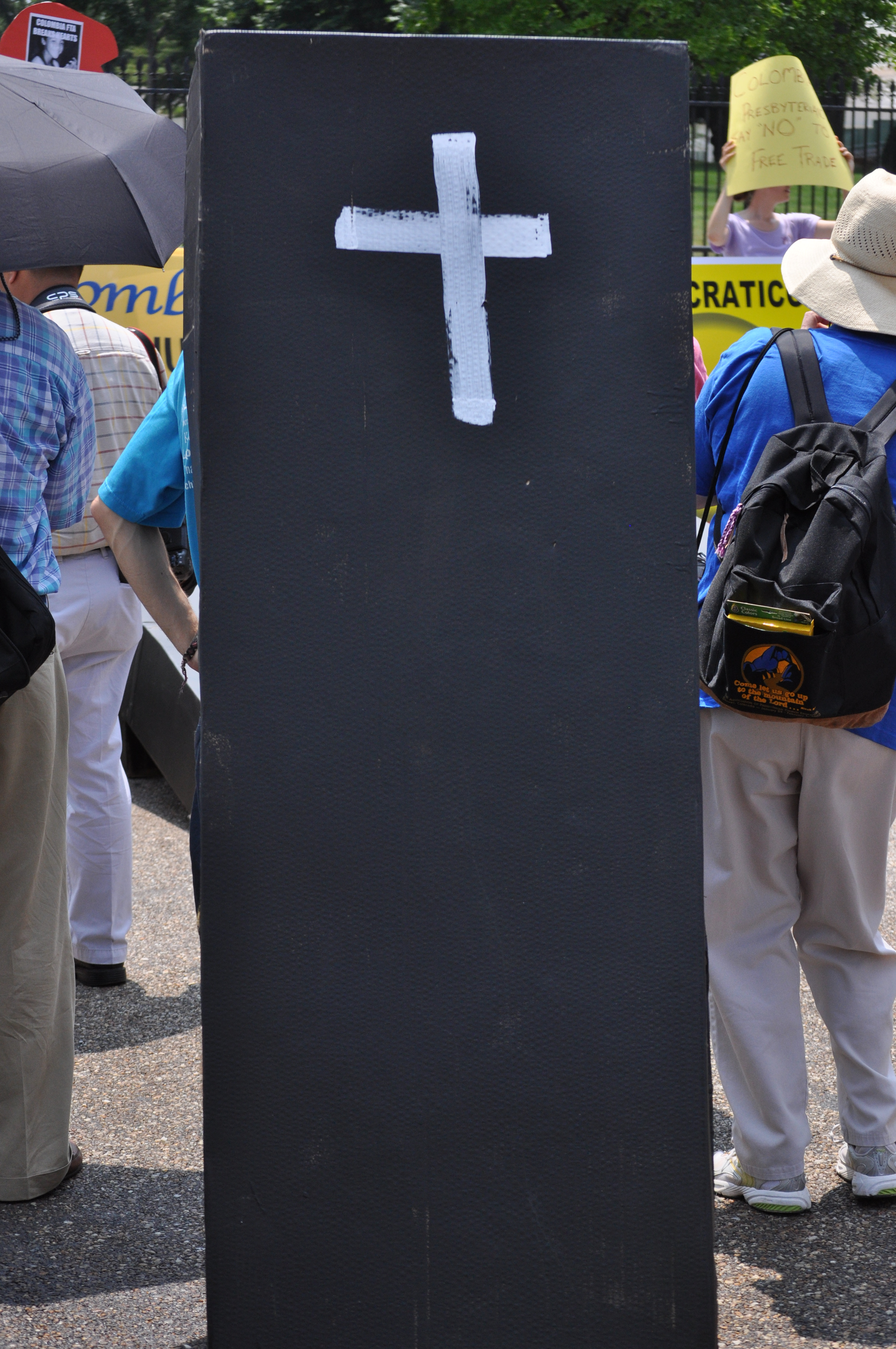 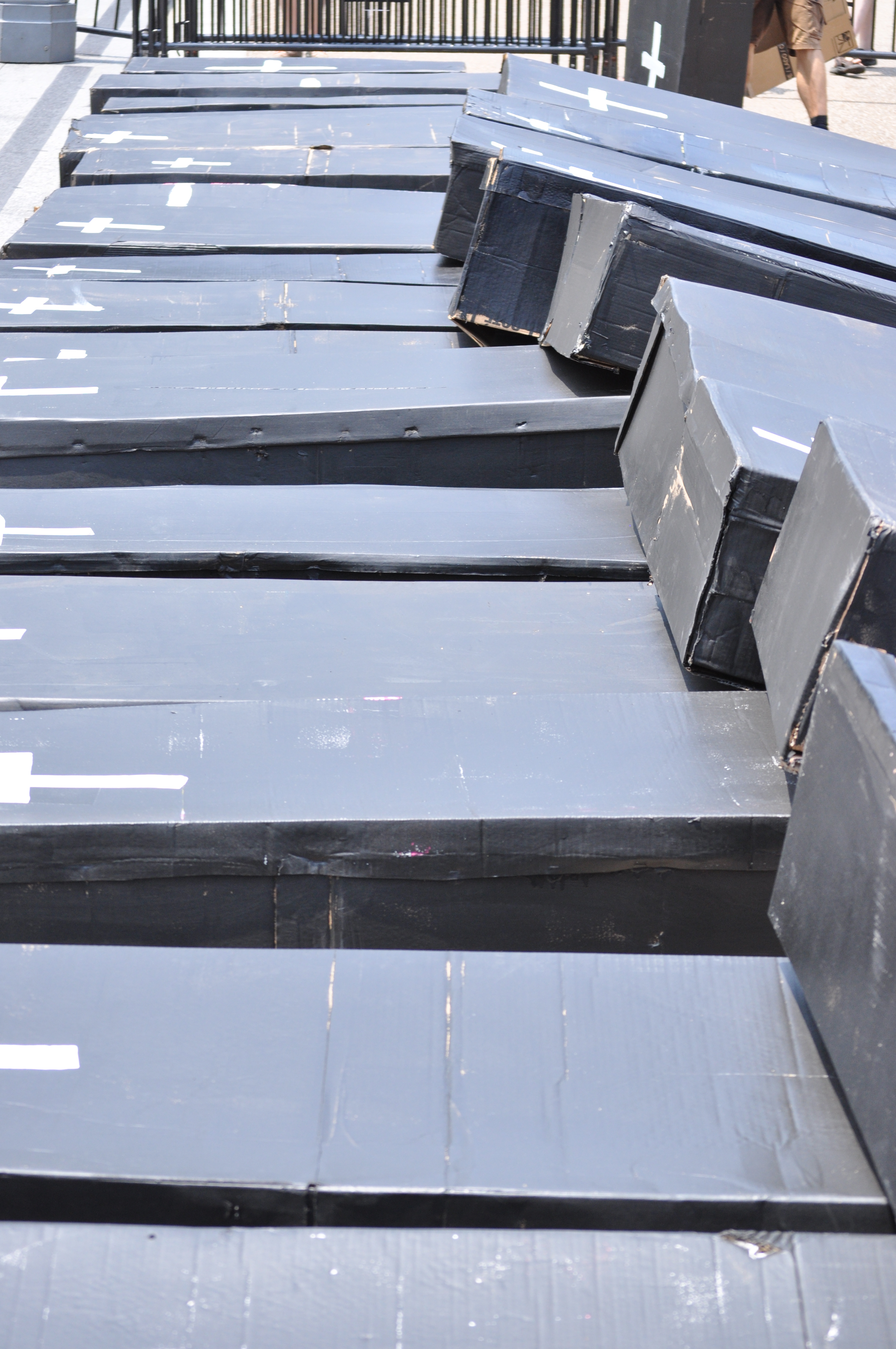 As a symbol of this tragedy, demonstrators carried 51 coffins to represent the 51 unionists killed in Colombia in 2010 and laid them on the ground in front of the White House.

Five demonstrators were arrested by Park Police in an act of nonviolent civil disobedience as a sign of solidarity with the Colombians who have already been devastated by anti-union violence and the many Colombian small farmers whose livelihoods will be harmed should this agreement pass. 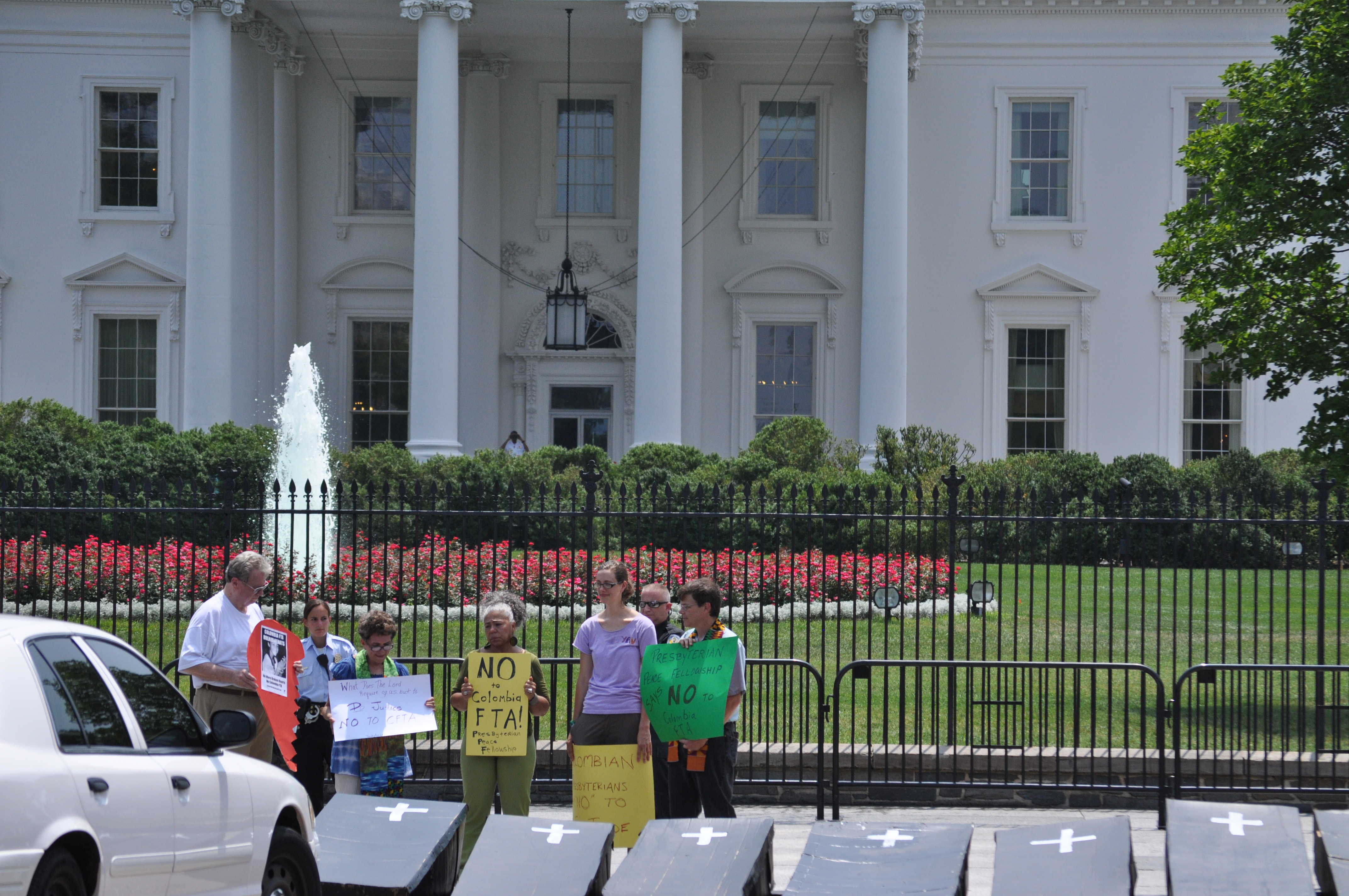 All photos courtesy of Andrew Carpenter