Remember Me: Voices of the Silenced in Colombia 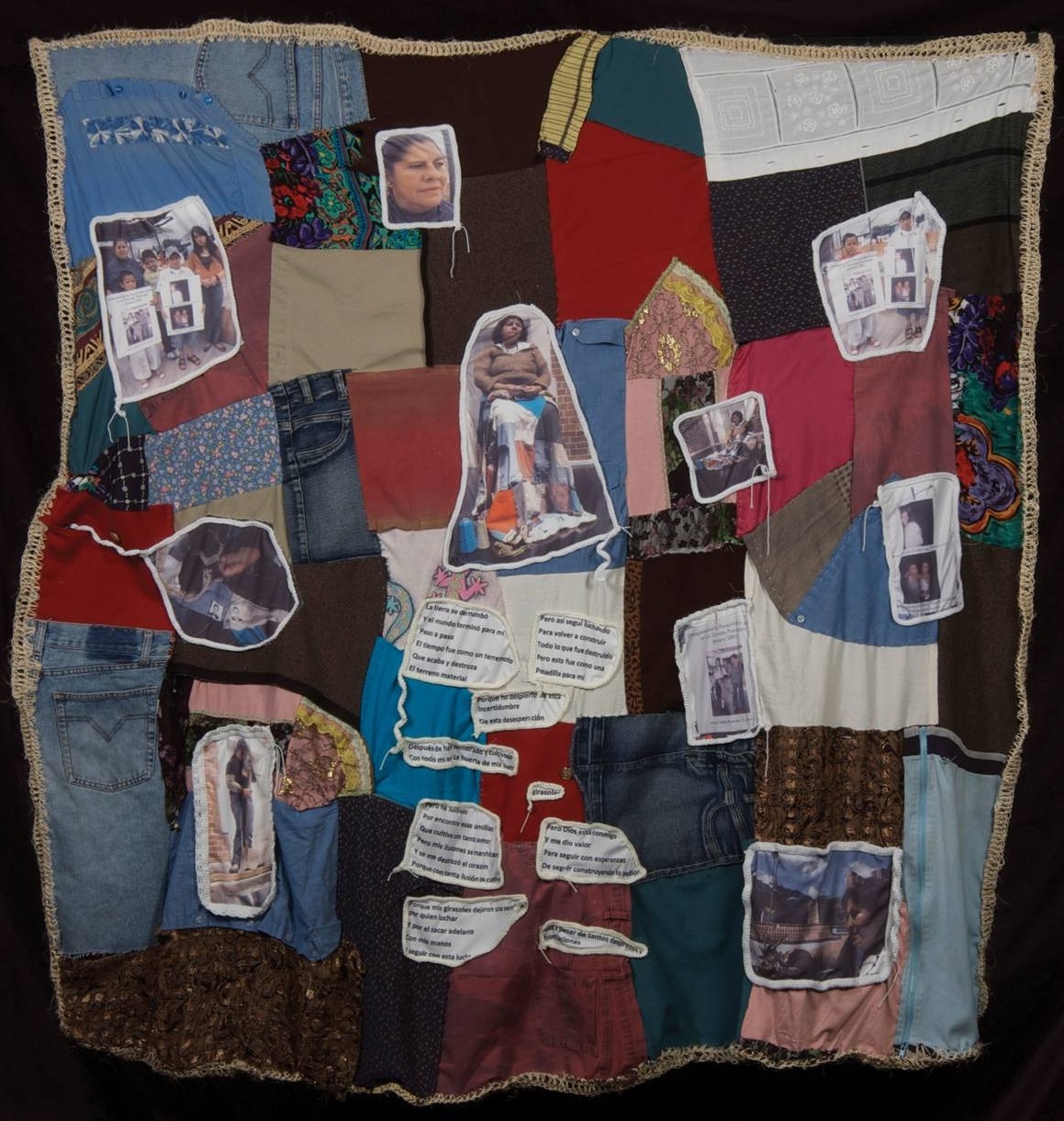 This patchwork quilt, with photos and bits of poems stitched on it, was created by Blanca Nieves from the blue jeans, blouses and dresses of her four murdered daughters, who were disappeared and killed by paramilitary forces in Putumayo, Colombia where the family lived.   This quilt is one of the tremendously moving pieces of art in Remember Me: Voices of the Silenced in Colombia exhibit, created by Lutheran World Relief and the Colombian human rights groups MINGA, Agenda Caribe and Fundación Manuel Cepeda. 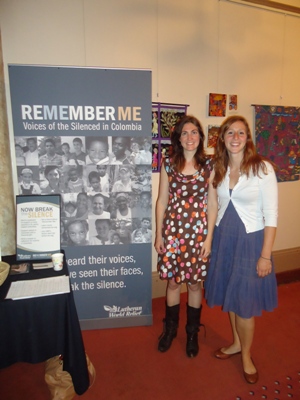 Vanessa Kritzer takes the exhibit to Portland with Witness for Peace Northwest organizer Colette Cosner!For the past two years, this powerful exhibit has travelled around the United States, educating communities about our country’s role in Colombia’s conflict. LAWG got involved this past summer, working with Witness for Peace and Lutheran World Relief to display the exhibit and organize panel discussions about U.S.-Colombia policy in Seattle and Portland. Then, on October 4th, 2011, we brought it to Washington, DC, for a reception in the U.S. House of Representatives. 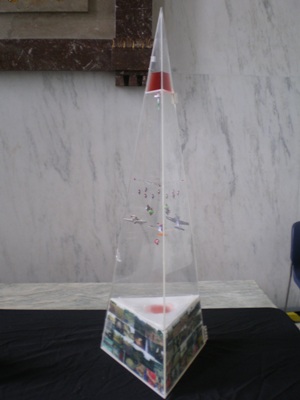 Art piece about fumigations.The Remember Me exhibit features works of art created and inspired by victims of violence, their friends and families from San Onofre, Sucre and the province of Putumayo. One piece was comprised of a simple plastic box filled with a mosaic of small squares, each with a face of a desaparecido (disappeared) in Colombia who lies somewhere unidentified in a mass grave. Another powerful work used toy planes to illustrate the devastating effects of aerial fumigations, as they indiscriminately dropped herbicides on fertile land and families. A third poignant piece used three hearts connected by a stake, highlighting the faces of a leaders killed or imprisoned because of their commitment to human rights and peace. 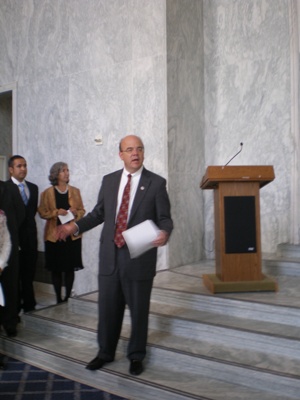 At the opening in the Rayburn House Office Building, Colombian human rights defender Juan David Diaz spoke about his father, who was murdered in February 2003.  Tito Diaz, mayor of the small town El Roble in Sucre, had denounced the alliance between deadly paramilitaries and local politicians to then-President Uribe.  Within weeks, his bodyguards were removed, and in April of that same year he was found murdered, tortured, shot and left in a crucifix position.  Today, his son Juan David continues to endure threats for his own human rights work.

Congressional Human Rights Caucus Co-Chair Representative Jim McGovern also spoke at the reception about his experiences visiting displaced communities in Colombia and many families who are victims of human rights abuse.  “This exhibit helps bring those voices to life,” said Rep. McGovern. “It is so important that we not just know, but feel, the violence and loss that they experience.” 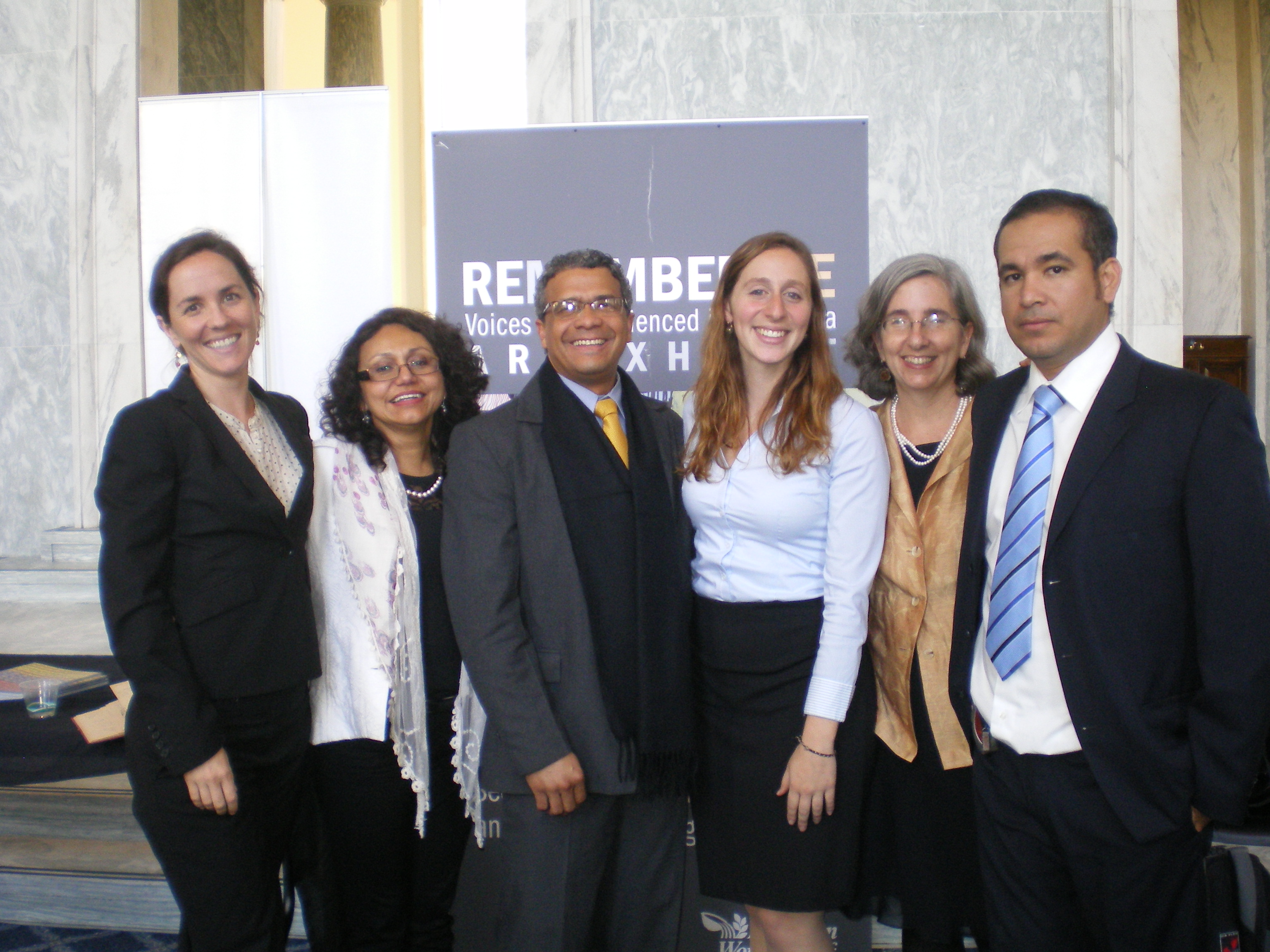 Lisa and Vanessa attend the Remember Me opening in Congress with Annalise Romoser from LWR,  Zoraida Castillo, Amaury Padilla, and Juan David Diaz.Zoraida Castillo from Lutheran World Relief’s Colombia office described the process they went through to create the exhibit. Then, Amaury Padilla from MINGA explained that this exhibit comes from a tradition in Colombia used not only to honor the victims, but also to illuminate truths that are too often denied about the country’s decades-long conflict.

This exhibit humanizes Colombia’s humanitarian crisis by providing a forum for understanding outside of the context of policy papers and statistics. Remember Me drives home a powerful lesson by giving a face to the victims and those who struggle for justice.