Yadira Sánchez-Esparza contributes to LAWG as the program assistant on Mexico and Central America, working on border issues and migrant and refugee rights in the region, and also serves as our fundraising associate. As a Mexican-American, her life has been shaped by policies between the United States and Mexico, which pushed her to become an advocate. She holds a B.A. in International Studies and Spanish as well as a concentration in Latin American Studies. As a 2018-2019 Gilman Scholar in Mexico and Argentina, she researched social movements in response to femicide and was later awarded the Boren Scholarship to research public policy and gendered violence in Brazil. She believes that change is possible and is committed to supporting the many individuals who fight for human rights daily. 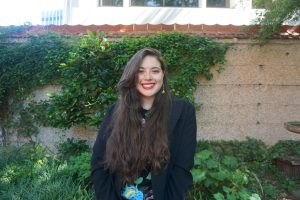