And support for rural women and human rights defenders will be vital to make the peace process successful. 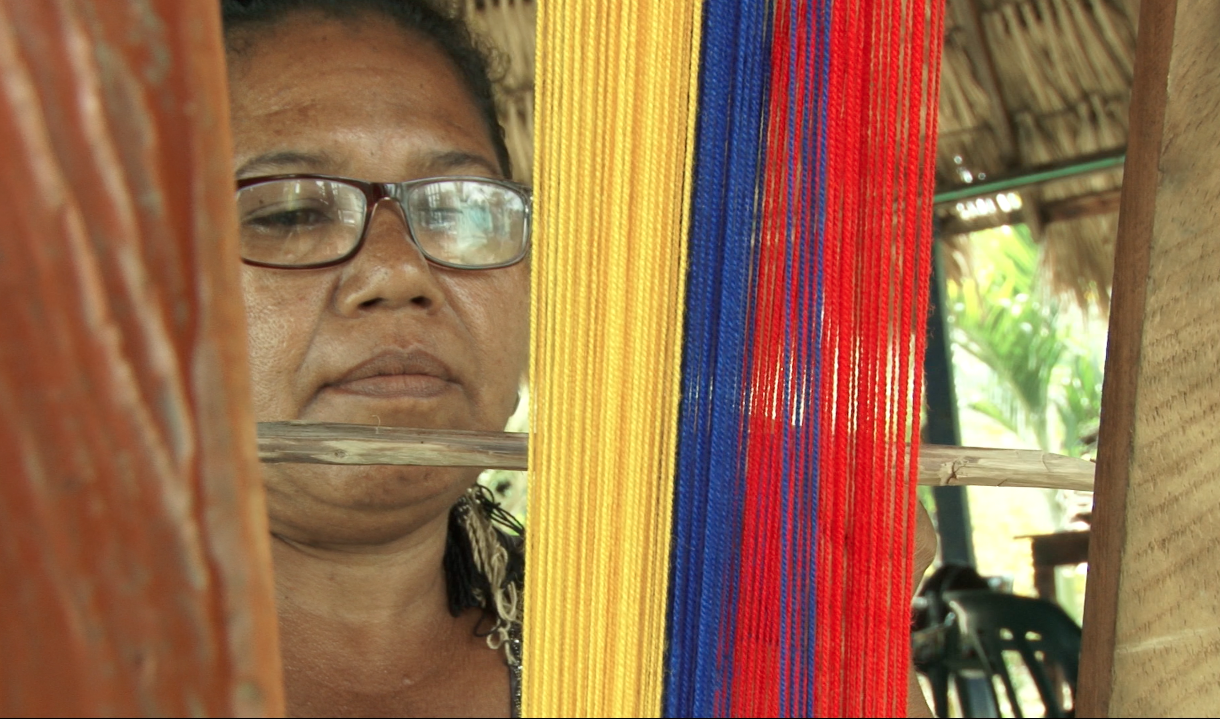 Colombian weaver and member of the Women’s Network of Northern Bolivar, one of 26 networks that bring together over 840 grassroots groups to comprise the Colombian Rural Women’s Platform for Policy Advocacy. Photo: Oxfam

Colombian President Juan Manuel Santos is in Washington this week to meet with President Trump. This first face-to-face meeting of the two presidents will be an important opportunity for the US to reaffirm its strong support for the peace process in Colombia.

After 50 years of internal armed conflict, the peace agreement between the Colombian government and the Revolutionary Armed Forces of Colombia (FARC) that took effect on December 1, 2016 is still in the early phases of implementation. This historic agreement provides an opportunity to build a just and sustainable peace in Colombia. But the process of implementation of the accord faces a lot of challenges, and international support is crucial for its success.  The US, in particular, has a key role to play.  Having provided the Colombian government with $10 billion in mostly military and police assistance since 2000, it is now a critical moment for President Trump to signal his administration’s firm commitment to the Colombian peace process through continued, substantial financial assistance and sustained political support.

Making peace is not easy, particularly after five decades of conflict fueled by inequalities and injustices, especially in rural areas. For the peace process to be successful, it will require progress toward improving rural livelihoods, which in turn will require removing barriers in access to land and other resources for rural women and their Afro-Colombian, indigenous, and small farmer communities. Put simply by Edilia Mendoza, leader of the Colombian Rural Women’s Platform for Policy Advocacy, “If we do not have land, we do not have peace.”

Organized women in Colombia made history when they successfully advocated for a seat at the negotiating table through a gender sub-commission, a unique mechanism in the history of conflict resolution that ensured a gender perspective was integrated throughout the peace accord.  Now it is critical that women’s voices, contributions, and concerns are taken into account in the implementation process.  But there have been challenges in implementation that have prevented broad civil society participation.

The Colombian Rural Women’s Platform for Policy Advocacy and Oxfam are particularly concerned by a recent draft government decree on territorial planning, intended to implement provisions in the first chapter of the peace agreement on comprehensive rural development. While the process failed to enable rural communities to review the draft, a strong outcry by some appears to have led to revisions. But it remains to be seen whether this decree, when finalized, will actually help to facilitate the progressive access to land by rural women and the most vulnerable populations, as the peace accord affirmed. This situation only highlights the critical role of civil society in holding political actors to account to ensure full and effective implementation of the peace accord.

The best way to address this and similar problems in the peace process is to ensure strong and active civil society engagement in the process of implementation. However, the increase in murders and threats against civil society leaders and activists presents a challenge in this regard, and is thus an obstacle to achieving peace in Colombia.  It is urgent to stop this alarming rise in violence targeted against human rights defenders – particularly rural leaders who are defending their rights to territory and to a healthy environment.

For the peace process in Colombia to be successful requires many actors to work together over the coming months and years. Strong civil society engagement, particularly by rural women and their communities, is vital. The path to sustainable and lasting peace still faces many hurdles. But strong and ongoing support from the US government can go a long way in converting the hope for peace in Colombia to reality.

This post was co-authored by Stephanie Burgos, Economic Justice Policy Manager for Oxfam America, and Maite Matheu, Country Director of Oxfam in Colombia.
This blog was originally published on Oxfam’s website here.