The United States, the Colombian Elections and Peace

This blog originally appeared in El Espectador. Click here to read the original posting in Spanish.

U.S. policymakers perceive the U.S. relationship with Colombia as a strong partnership that endures despite transitions in power. But that does not mean there are no private preferences. 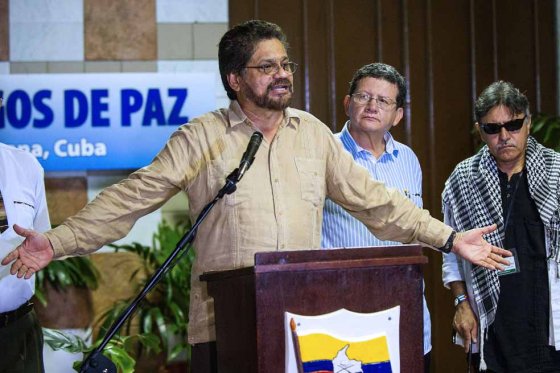 Enthusiasm for Mr. Uribe’s hardline approach began to wane during his second term in the halls of the State Department and the U.S. Congress. The mounting numbers of false positives—not some abstraction but people, somebody’s mother’s son, as now we know, probably more than 4,000 mothers’ sons—the spying by the U.S.-funded DAS on opposition, Supreme Court judges, human rights groups and journalists, and Mr. Uribe’s quest for a third term, made it harder and harder to keep this particular Colombian president on his shaky pedestal.

When Mr. Santos swept in with a new approach, a more inclusive tone, and the Victims’ Law, it was a breath of fresh air to the United States.  When it came to the peace process, however, U.S. policymakers had to get their minds around it.  Although the Obama Administration backed the process from the start, the embrace was tentative, not yet quite trusting it.

But confidence and enthusiasm for the peace process in the halls of the White House, the State Department and the Congress has gradually grown. (What the U.S. military thinks is not so certain.)   Whichever way Colombians choose to vote in the elections, for the United States government, that did so much to fuel the war, there is now a growing desire to support a peace.  And there is a hope that whoever takes the helm in Colombia will bring home the peace.

The U.S. government will have to make some hard choices to go beyond uplifting rhetoric to strategic, tangible support for peace.  The United States should support strong mechanisms for truth, justice and victims’ rights—to create a lasting peace—but will likely stay on the sidelines on this crucial debate.  While the White House is committed to funding peace accord implementation, will it choose to marshal sufficient resources to do this?  Will the drug war bureaucracy be willing to end its perverse love affair with aerial spraying campaigns, which it must do if the quite moderate drug policy accord, with its emphasis on voluntary eradication and consultation with communities, is to be fulfilled?  Will the U.S. military and Defense Department encourage the Colombian military to accept the peace and adapt to new, more limited post-peace accord roles? Will the U.S. declassify its own documents for a truth commission, as it did in Guatemala and El Salvador?  Will U.S. assistance be truly transformed from aid for war to aid for peace?

As for U.S. civil society, there are many of us who are tired of our tax dollars supporting endless war in Colombia, tired of feeling complicit in the violence that has driven millions from their homes, in the violence from all armed actors that has left so many dead, wounded and disappeared.  No one is under any illusions that even if this accord is finalized, Colombia’s tragic violence will suddenly end.  But as U.S. citizens who have witnessed some of the horrors of Colombia’s war, we’d be so joyful and honored to finally begin to walk with Colombians on the long road to a just and lasting peace.