There Is No Turning Back Now: Honduran LGBTQ Activists Confront Oppression, Make Gains

The Honduran LGBTQ community is a relatively young movement that faces overwhelming discrimination and violence in a post-coup nation. In the early years, the community was nominally tolerated; gay male hairdressers of the Air Force wives, for instance, competed as comedy acts in annual Air Force beauty pageants. It was not until the year 2000 that the first legally-constituted LGBTQ organizations appeared. Activists say that advances in human rights protections have historically been followed by waves of repression, but that the most recent wave—that which has followed the 2009 coup—is the most severe. The Diversity Resistance Movement (MDR for its name in Spanish) is an LGBTQ group that formed in the tumultuous wake of the coup. In June 2012, I sat down with three of its members—Roberto Canizales, a history professor at the National University; and Ever Guillen Castro and Jose Palacios, both advocacy officers with European cooperation agencies based in Honduras.  The three long-time activists discussed everything from who’s behind the repression, to the recent murder of their friend Erick Martinez, to the hope they have for the future of their community. Visit MDR on Facebook or at their blog-news site.

How did the coup affect repression against the community?

RC: The Honduran context since the coup is conservative and reactionary. This was one of the two biggest political crises in our history. Before, sexual diversity didn’t even appear in the national agenda. But suddenly, LGBTQ activists were leading the post-coup marches, and the political resistance movement began to pay attention to us. You’d see the typical leftists next to folks from our community. But this also generated selective police repression against us—after all, we are both resistance members and gay. That’s where the seemingly-impossible statistical increase in violations began.

EGC:  Between 1995 and 2008, there were 17 hate crimes registered against our community. From the June 2009 coup until January 2010, there were 17 more. Then, from President Lobo’s inauguration in January 2010 until now, there have been 58 assassinations – a total of 75 since the coup. We’re vulnerable because we show our faces in the marches. Then, you have murders of transgender sex workers for instance, which the authorities easily blame on her work, or they try to link her to drug trafficking. The point is: the more visible we’ve been, the more repression we face.

RC:  We have no doubt: there is a clear policy of social cleansing on the part of the government against people from vulnerable social sectors, like youth, farm workers, sexual diversity—anyone who thinks differently than the current regime. 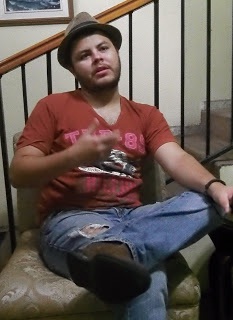 Have you been denouncing these abuses?
JP: We’re frustrated; besides the fact that the police are behind many of the murders, the state is not investigating and they are not putting those responsible through the justice system. Nor are they doing anything to prevent future crimes. In fact, we feel that only two cases have received adequate investigation and judgment. And something to emphasize is that in both of these favorable findings, the real investigation was done because of international pressure on the Honduran government.

EGC: For instance, a police officer attempted to assassinate a transgender sex worker in 2009. Apparently, what happened is that the police officer hired her for sexual services, and then refused to pay. They fought; he stabbed her 17 times, thought she was dead, and dumped her body in an abandoned place. She regained consciousness and went to the hospital, and then denounced the police officer, who was jailed temporarily. Suddenly the victim began receiving threats saying that she must withdraw the case or die. To protect her, someone started the rumor that she was leaving the country… and one day before she was supposed to leave, two trans(gender) friends of hers were gunned down, probably because the killer thought that one of the two was her. We let everyone believe she was indeed killed. She was evacuated from the country and now lives in exile…. Even the prosecutor who had taken the case began receiving death threats during the trial, which she (the prosecutor) told us must have come from different people, because of the different spelling mistakes the text message threats had…. In the end, it turns out that the president of the Supreme Court at that time had been involved in the coup, and he was trying to clean up his public image, so he was responsive to the international pressure that poured in about the case. There was plenty of evidence pointing to the police officer, and lo and behold, the police officer was found guilty and given a 10-year sentence. 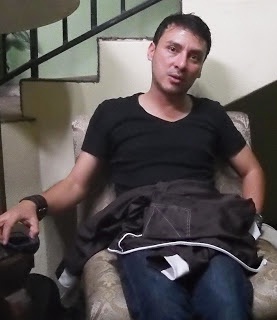 What happened to your friend Erick Martinez on May 8, 2012?

EGC: Erick was on his way to a meeting with LIBRE. (Martinez was running as a candidate for the party.) We don’t know exactly what happened, because he spoke with the last person at 10 a.m. The coroner says that he was killed sometime between 2-4 p.m. He was kidnapped, taken outside the city and strangled to death, left beside the highway.

JP: We’re all really impacted by his death…. I think he was killed not only because he was a Resistance candidate, but also he was someone who represented sexual diversity in a way that vetoed the decades-old arguments about homosexuality as evil. If he arrived to the legislature as one of us, they could no longer deny (the sexual diversity community) fundamental rights…. Erick was a journalist, a human rights activist, openly gay…. he had a lot of friends and was well-known. He was a threat. …We don’t know exactly who did it. We have submitted the case to the special prosecutor, but we don’t have high hopes for a full investigation or answers.

What advances do you feel that your community has made?

RC: Transitioning from a self-vindicating movement to one that is expressly political is a success. The Honduran public is more aware of sexual diversity with each passing day, as well. The Pride March of 2011 had great turn-out.

JP: And this isn’t the case only in Honduras—there is a wave throughout Latin America of a new political left that is open to our community, at least in putting forth legislation in our favor. But of course, these advances also worry the traditional power forces, and bring repression in response.

EGC: Over the years, our LGBT organizations have really matured…. There are now 14 groups in the whole country, 5 or 6 which have legal standing.

JP: In LIBRE, there are 11 commissions within the party core which represent marginalized groups, and the LGBT community is one. We have youth from the community running as political candidates. They are our future.

EGC: We’ve also made moves internationally. In 2010, two Honduran LGBTQ groups made a formal complaint to the Inter-American Commission on Human Rights denouncing the Honduran state as a human rights violator…. We started to form a relationship with the Honduran Secretariat for Justice and Human Rights to demand justice in the cases of assassination against the community, and met with the national police, who promised to solicit the FBI for support in assassination investigations.  The UN has also pressured the government to investigate.

Why do you continue in this work?
JP: Because we’re stubborn. (Laughter.) Maybe it would have been better to never have gotten involved, but now that I have, there is no turning back now. They can kill half the world, but … this is a historic moment for the community, and we have a responsibility. To turn back now for me is not a valid option. 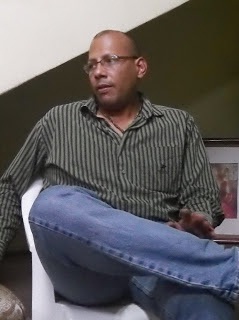 RC: It’s a matter of commitment to yourself, first, and then to our community. In our choice to be visibly active, we have met other people in the social movement who also want to build a better country. It has been my involvement in the MDR that I lost my fear, that I was able to say, “I am gay,” and to struggle for my rights, despite it all.

Update: On Wednesday, September 12, 2012, the Honduran police captured a member of the 18th street gang, 18-year-old Eduardo Jose Lopez Gutierrez, and charged him with murdering Erick Martinez. The police claim to be seeking possible accomplices and intellectual authors of the crime. Given the long string of assassinations over the past two years, the identity of the intellectual author is extremely important, and also one link that the Honduran justice system seems unable to provide in the vast majority of crimes in the country.

*All activists gave permission to use full names and photographs. All photos credited to author. This blog is reprinted with permission from Danielle Marie Mackey’s blog, Grit and Grace.