Todos Somos Ayotzinapa: Calls for Justice in Mexico after a Student Massacre

Father Solalinde conveyed that disturbing assessment in the aftermath of a late September day when municipal police in Iguala, Guerrero, open-fired on buses of student protesters from the Escuela Normal Rural de Ayotzinapa, a local rural teachers’ college. Hours later, students were again fired upon by individuals in plain clothes. By the end of the night, six people had been killed, among them three students, 20 injured, one in a coma, and 43 had disappeared. The missing had been last seen being carted off by the municipal police, a force reported to be infiltrated by local criminal groups. Hope that these students would be found alive dissipated in the following weeks when over 15 clandestine graves were found in the area, some with burnt bodies showing signs of torture. However, authorities have yet to identify which, if any, of the remains found belong to the missing students. 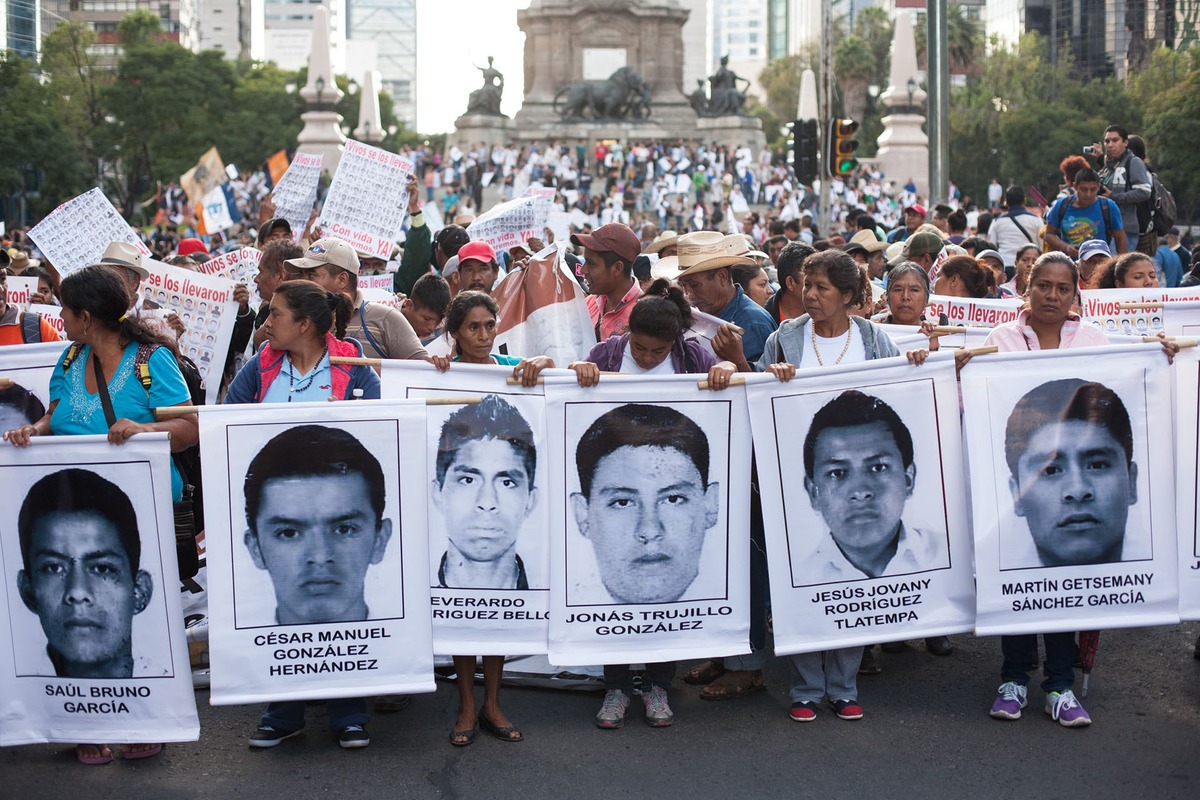 Although one of the worst massacres in decades, it is not the first for students from Ayotzinapa.

In 2011, three students were killed, at least one tortured, and over 20 arbitrarily detained, when police attempted to remove protesting students from a highway. These acts remain in impunity to this day.

This came just a few months after the alleged extrajudicial executions of 22 young people by soldiers in the city of Tlatlaya in the state of Mexico. Despite the unlikely scenario that only one soldier was killed in an incident that left 22 civilians dead, the military’s original official version was that these deaths occurred during a shootout between soldiers and a criminal gang. The military’s account was further challenged when a witness reported that the victims were executed by soldiers after being captured in a warehouse.

Since taking office, President Peña Nieto has studiously strained to draw a veil over the organized crime and corruption-related violence plaguing communities across Mexico today. However, the magnitude of these recent incidents involving corrupt and abusive security forces in Tlatlaya and Iguala have renewed attention, outrage and calls for justice across Mexico and worldwide.

Mexico must break the cycle of impunity that perpetuates abusive security forces and collusion between authorities and criminal groups. Authorities must dedicate the resources and political will necessary to ensure that these acts are robustly investigated so that those responsible, including the intellectual authors, are prosecuted and convicted. The world is watching how Mexico will respond.