Trump’s Budget: A Blow to Our Communities, and to Our Latin American Neighbors

Building that wall. Escalating mass deportations and dumping families, men, women, and children who have grown roots and built lives in the United States back in the countries they no longer know, or fled for their lives. Reducing the remittances that hard-working undocumented immigrants send to their families in their countries of origin. The most dramatic impact of President’s Trump’s hard-hearted budget on our Latin American neighbors, especially Mexico and Central America, would be how it ramps up draconian immigration enforcement. And this will have dramatic ripple effects among our communities at home. 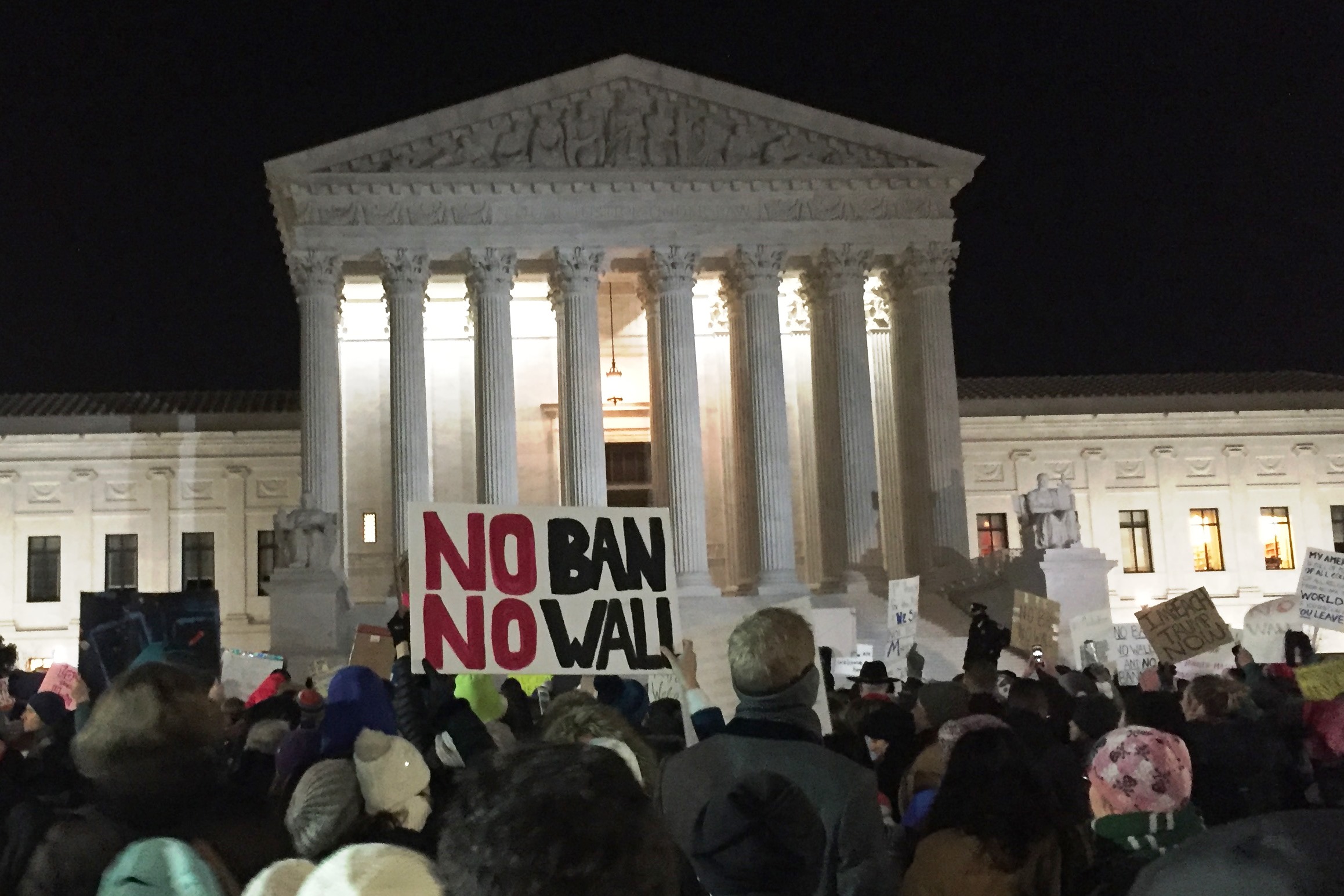 Photo: Emma BuckhoutThe President asks for $4.5 billion in new money (in addition to the existing $19 billion our tax dollars already pay for immigration enforcement each year) to implement his anti-immigrant and anti-refugee executive orders. This would create Trump’s mass deportation force to rip families and communities apart by funding 1,500 new Border Patrol and immigration enforcement (ICE) agents. It would ramp up harmful immigration detention, funding an unprecedented 51,000 detention beds. $2.6 billion would go towards 32 miles of new border wall construction and border security technology—building a wall opposed by many in border communities as well as U.S. members of Congress from border states.

The Trump Administration has already stripped nearly all discretion from immigration enforcement. It does not matter if individuals and families have been law-abiding and contributed to their community for years: they can be deported at any minute. As they drop their children off at school, as they buy groceries, as they go to work, as they exit a courthouse, or as they report for their required check-in with immigration agents. Imagine living your life like that.

Countries like Guatemala, El Salvador, and Honduras, reeling from a humanitarian crisis of organized crime, gang violence, and poverty, will now have more deportees dumped back in their countries. As it is now, these governments provide barely any assistance to reintegrate their citizens, help them find safe places to relocate, or help them find jobs—and if the numbers of deportees escalate, returnees will have even fewer options. Absent changes in the region, migrants and asylum-seekers will keep leaving Central America. And they will be pushed into more dangerous terrain as borders are being toughened, with U.S. support, not only on our southern border but on the Guatemala-Mexico border and elsewhere in Central America.

Beyond the ballooning budget for immigration enforcement, cuts in aid the United States provides to many Latin American countries will harm our nation’s relationship with the region.

However, it’s not all bad news. The proposed budget includes some funding for implementing peace accords in Colombia to end the hemisphere’s longest-running war, and for fighting corruption and community violence prevention programs in Central America. And we certainly don’t mind that it cuts at least one source of military aid to the region, foreign military financing. Latin American governments can fund their own militaries. The U.S. government should get out of the business of funding often abusive militaries that frequently take on roles beyond defense.

And now this goes to Congress. Let’s hope our Congress can talk some sense and put some heart back into this hard-hearted budget, which is callous towards so many of us, especially the most vulnerable, in the United States—and in Latin America, and around the world.

This blog was originally posted on the Huffington Post here.
By Lisa Haugaard. Thanks to Daniella Burgi-Palomino and Emma Buckhout for their contributions.