Urgent Letter: Tell your representative to support justice in Mexico 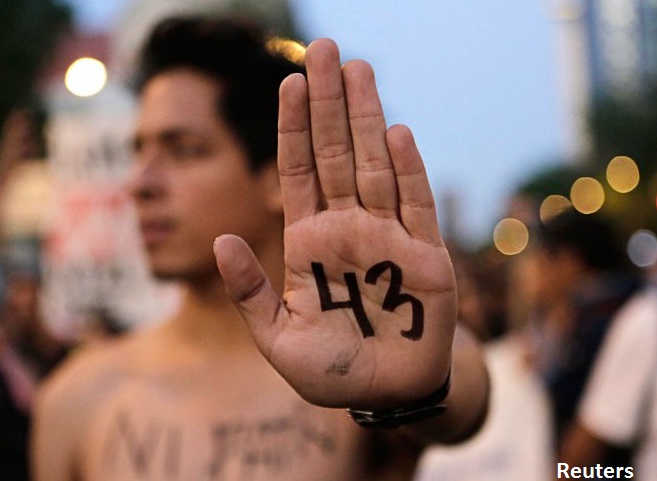 You know that the human rights situation in Mexico is dire. Over eight months have passed since 43 students from a rural teacher’s college in Ayotzinapa, Guerrero were disappeared at the hands of municipal police and turned over to organized crime, and their families are still without justice. Although the Mexican government has touted that more than 100 individuals have been detained in connection with this case, many are troubled that the official response and investigation have been too slow, riddled with problems, and fail to uncover the truth. And the case of the Ayotzinapa students is far from isolated—over 25,000 people have been registered as having disappeared in Mexico since 2007.

It’s time for our government to speak out. Tell your member of Congress to call for justice for the families of the 43 disappeared students and the thousands of other disappeared and missing persons in Mexico. Representative Alan Lowenthal (D-CA) has written a letter to Secretary Kerry asking him to meet with his Mexican counterparts and urge them to bring truth and justice to the families of the disappeared and end the impunity for officials who are implicated in human rights abuses. This letter is a useful opportunity to demand action from the administration, but its effectiveness hangs on the number of representatives we can convince to sign.

The deadline for this letter is Wednesday, June 10th—Can you take 5 minutes to email or call your representative to tell them to sign on today?

The need for action against impunity and for justice in Mexico is undeniable. The disappearance of the 43 students took place only a few months after 22 young people were killed in Tlatlaya, Mexico. Mexico’s National Human Rights Commission determined that Mexican soldiers had executed between 12 and 15 of the 22 civilians and had subsequently altered the scene of the crime in order to make it appear that they were instead killed in a confrontation.

And just this week, families of the disappeared students were among those attacked by police during a protest in the Mexican state of Guerrero.

Flood your representative’s inbox to sign this letter today, and demand justice and an end to impunity in Mexico.

Thanks so much for your support at this critical moment. The situation in Mexico is increasingly serious, but we have the power to help make a difference. We hope you’ll join us today in making that happen.