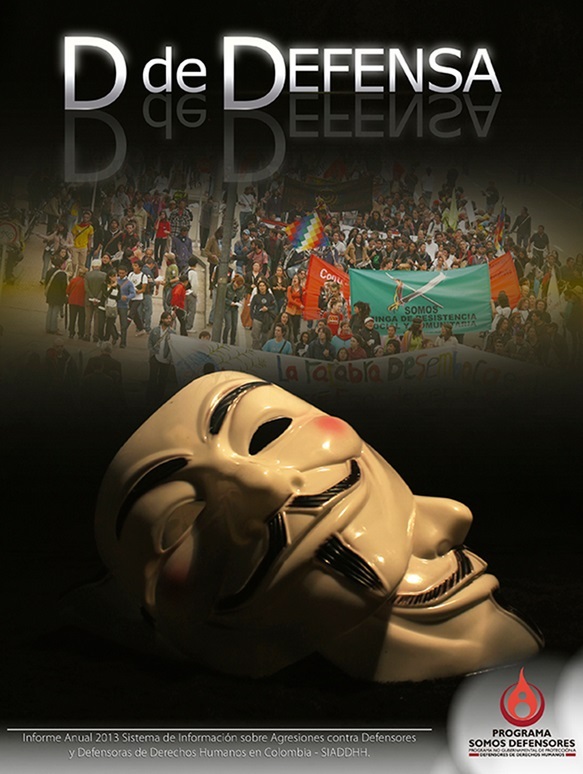 The advancing peace process has renewed hope that there will finally be a close to war without end in Colombia.  Partners in Colombia believe the accords could be signed this year.

Yet our friends and partners on the ground need your help! These brave human rights defenders have spent years, even decades, working tirelessly to build peace on the ground. But the enemies of peace are threatening, disappearing, and assassinating those who stand for peace and justice. It’s time we call on the Colombian and U.S. governments to take a public stance and denounce the threats against and murders of human rights defenders!

Tell the State Department to step up and demonstrate support for human rights defenders in Colombia!

Just last month, on January 11, human rights defenders on Colombia’s Caribbean coast were threatened and declared military targets by the paramilitary group the Aguilas Negras. The threats against defenders continued ten days later, when 38 human rights defenders were threatened by another paramilitary group, Autodefensas Gaitanistas de Colombia AGC. Those threatened included land claimants, unionists, faith leaders, journalists and community organizations. Unfortunately, during the month of January the situation escalated beyond threats. Carlos Alberto Pedraza Salcedo’s lifeless body was found on January 21 after having been reported missing two days earlier. A young activist, Carlos was a member of various social organizations, including the National Movement of Victims of State Crimes (MOVICE).

As Colombia navigates this moment in history, one with so much hope for future generations, the continued threats and attacks against those advocating for peace and human rights are deeply concerning. This new wave of threats represents an alarming trend as attacks and murders of human rights defenders have increased every year since the peace process began in October 2012. While our government has been decidedly in support of the peace process, thanks in part to your actions, it has been far too silent on this front. It’s time for action and for our government to step up and demonstrate its support for human rights defenders!