It’s go time! As we kick off 2013 and begin to work on our new year’s resolutions, we need YOUR help in pressuring the U.S. Embassy in Colombia to speak up for human rights defenders in Colombia. Afro-Colombian and indigenous leaders, labor activists and human rights defenders’ calls for protection have fallen on deaf ears and this needs to change!

Add your name to the letter telling Ambassador McKinley to speak up for human rights defenders!

Targeting of these brave leaders continues in Colombia as they attempt to protect their communities from systematic violence, forced displacement, and human rights abuses. Since the Colombian government has failed to provide adequate protection for these defenders, the Association for Internally Displaced Afro-Colombians (AFRODES) calls on the U.S. Embassy to take a public stance condemning the threats and murders against those standing up for human rights and emphasizing the need for the Colombian government to provide effective protective measures for them. 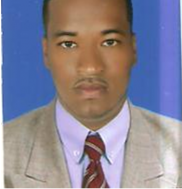 This past November the Black Eagles, a paramilitary group, threatened Afro-Colombian and human rights groups, including community councils, women’s groups and associations of internally displaced persons. The paramilitary group singled out AFRODES and one of its leaders, Miller Angulo Rivera, was gunned down in the streets of Tumaco in early December. Miller’s death comes two years after another prominent Afro-Colombian leader, Jair Murillo, also associated with AFRODES, was assassinated after receiving similar threats from the Black Eagles. When will this violence stop?

You have until Friday to join over 400 other activists in signing the petition to stand by AFRODES’ call for effective protection.

Many across the United States will celebrate Martin Luther King, Jr. day next Monday, a day to honor a hero in the struggle for equality and justice. Those struggling for justice in Colombia need our support now more than ever. What better way to celebrate the legacy of Martin Luther King than to support those peacefully standing up for human rights, labor rights, and a just and lasting peace in Colombia!

Will you ask Ambassador McKinley to support those who risk their lives for human rights?