Recently, we traveled to Cuba to help celebrate two important anniversaries honoring the legacy of our grandfather, Ernest Hemingway. For five days, with a group of Americans that included marine scientists — under the auspices of the Latin America Working Group of Washington, D.C. — we experienced the hospitality and warmth of the Cuban people as we celebrated our grandfather and had discussions on promoting U.S.-Cuba cooperation to protect the marlin, tuna and other game fish of the Florida Straits that are such an important part of the image that Hemingway’s generations of readers have had and continue to have of the man and of his work. 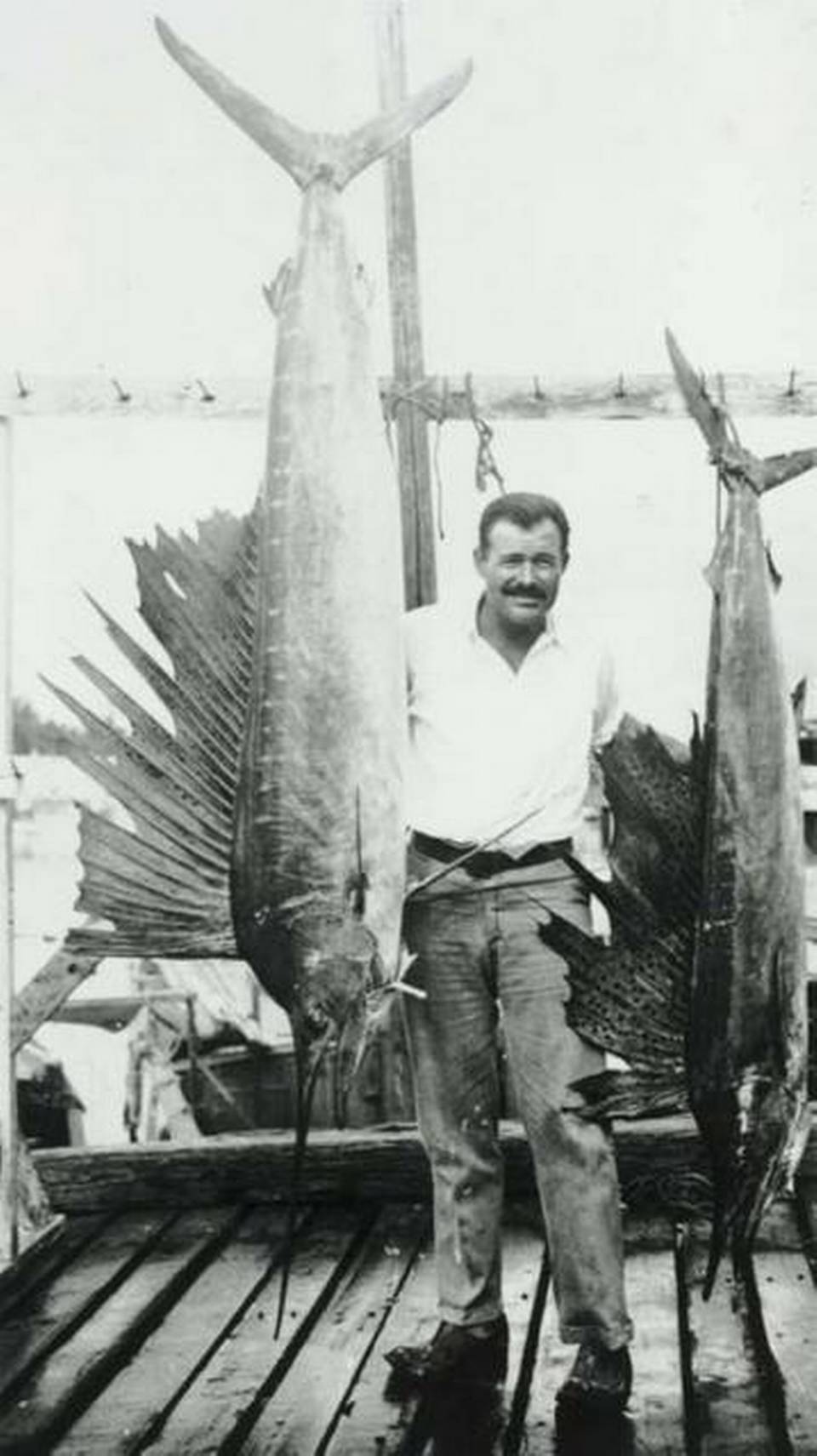 CREDIT: THE ACADEMY OF NATURAL SCIENCES OF DREXEL UNIVERSITYOf the two anniversaries, the first was a celebration of Ernest’s arrival in Cuba 80 years ago aboard his beloved fishing boat, the Pilar, after a trip across the Gulf Stream from Key West to Havana. The other anniversary is of our grandfather’s 1954 Nobel Prize in Literature.

He later donated the gold medal to the people of Cuba, saying, “This award belongs to Cuba, because my works were created and conceived in Cuba, in my village of Cojimar, of which I am a citizen.”

On our first day, we traveled by boat to Cojimar harbor, cruising down the coast in fishing boats similar to the Pilar from the Hemingway Marina near Havana. More than 100 people greeted and embraced us that morning in an outpouring of love and respect that made us realize just how deeply Ernest felt about being a citizen of Cojimar. We talked with fishermen in their 80s who had known Ernest when they were boys, and we hugged and posed for photos with groups of school children.

A few days later, we helped celebrate the 60th anniversary of our grandfather’s Nobel Prize in Literature, given to him in large part for his enduring tale of a Cuban fisherman’s struggle to capture a giant marlin with just bait and tackle and a tiny skiff, and of his eventual defeat.

The Old Man and the Sea is a classic of American literature, and we were afforded the rare honor and privilege of seeing and holding the actual Nobel medal, which our Cuban hosts graciously brought to the Finca Vigía from its usual repository at the sanctuary of La Virgen de la Caridad del Cobre outside Santiago de Cuba. Touring our grandfather’s house and lingering over the photographs, books and other personal items collected over a lifetime — which included living in Cuba for more than 20 years — we could easily see just how much he truly was a citizen of this island.

In addition to being an avid sports fisherman, our grandfather was also a devoted naturalist who kept meticulous records of the marlin, tuna and other varieties for which he fished in the Gulf. In the summer of 1934 he joined forces with the Academy of Natural Sciences of Philadelphia to learn more about these highly migratory species, and the specimens and records he collected and kept now exist as the Hemingway Archive at the museum in Philadelphia.

Our grandfather acquired this visceral need to explore and understand nature from his father, Dr. Clarence Hemingway, on fishing trips they took into the Upper Peninsula of Michigan in the early 1900s. In turn, this passion was passed down to our grandfather’s sons and, finally, from our father to his children. This love and respect for the natural world and all its resources is a family legacy, one that we would like to see manifested in U.S.-Cuba cooperation to protect the resources of the Florida Straits, despite restrictions on trade, travel and scientific cooperation against Cuba in place since 1961.

By protecting those ocean resources that are vitally important to the tourism and sport fishing economies of both South Florida and Cuba, we hope to honor our grandfather’s passion for cataloguing and understanding the natural world. We find it hard to believe that someday the giant tuna and marlin that were the inspiration for so much of his art and life might no longer be found in the Florida Straits, but we know that this danger exists. The twin pressures of pollution and over-fishing are real.

We hope that our journey to Cuba will begin to address these problems and restore balance to an important and delicate ecosystem that is of vital importance to both the American and Cuban people. We also hope that the cooperative nature of our trip will help demonstrate that better relations between the United States and Cuba are possible, and desirable. We support these changes in U.S. policy toward Cuba: The fundamental right to travel to Cuba without restriction should be restored to U.S. citizens; Cuba should be removed from the list of state sponsors of terrorism, which it is not. It’s time to move beyond more than 50 years of antagonism to normalized relations.

This blog orginially appeared as an op-ed in the Miami Herald on October 4th, 2014. Click here to read the original posting.