Washington, D.C. Stands in Solidarity with the Women of Atenco

On Thursday, March 14th, the Centro Prodh along with other organizations such as the Latin America Working Group, the Washington Office on Latin America, and RFK Center stood in solidarity with the Women of Atenco by posing for a flashmob photo. The Women of Atenco were forced to endure unimaginable forms of violence at the hands of the police in May 2006 during an outpouring of community support for evicted flower sellers at a local market. Thus far, state authorities have pursued criminal action in only two of the 11 cases, citing “abuse of authority or “lewd acts” and not, torture. One of these brave women, Bárbara Italia Méndez, gave her testimony at a public hearing conducted by the Inter-American Commission on Human Rights in Washington, D.C.

Before Bárbara gave her testimony, we posed for a flashmob photo to send a message against torture, violence against women, and impunity in Mexico. Similar actions, part of the “A Photo for the Women of Atenco” campaign, were taken in ten different countries! Click here to see photos taken in other parts of the world. 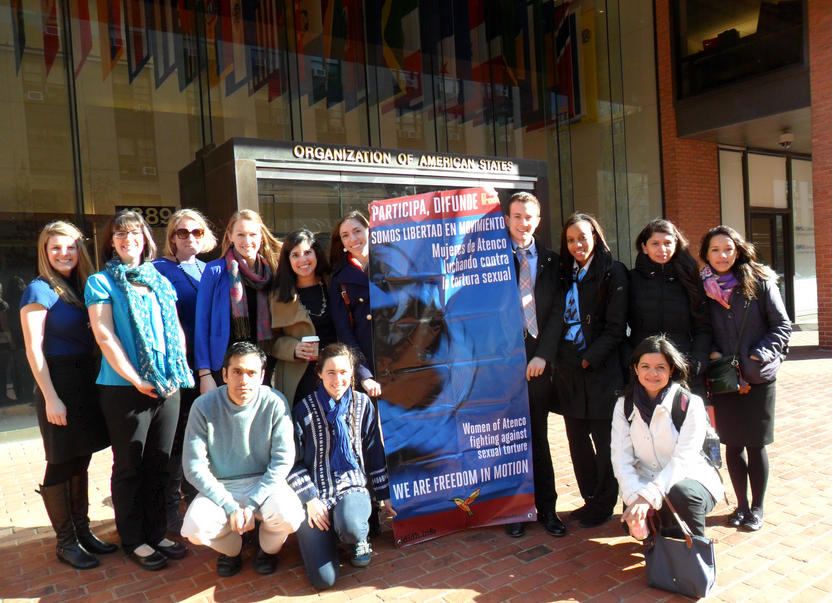 Washington, D.C. stands in solidarity with the Women of Atenco on March 14, 2013