Forgetting the Past: How Guatemala’s Plague of Corruption Threatens Justice 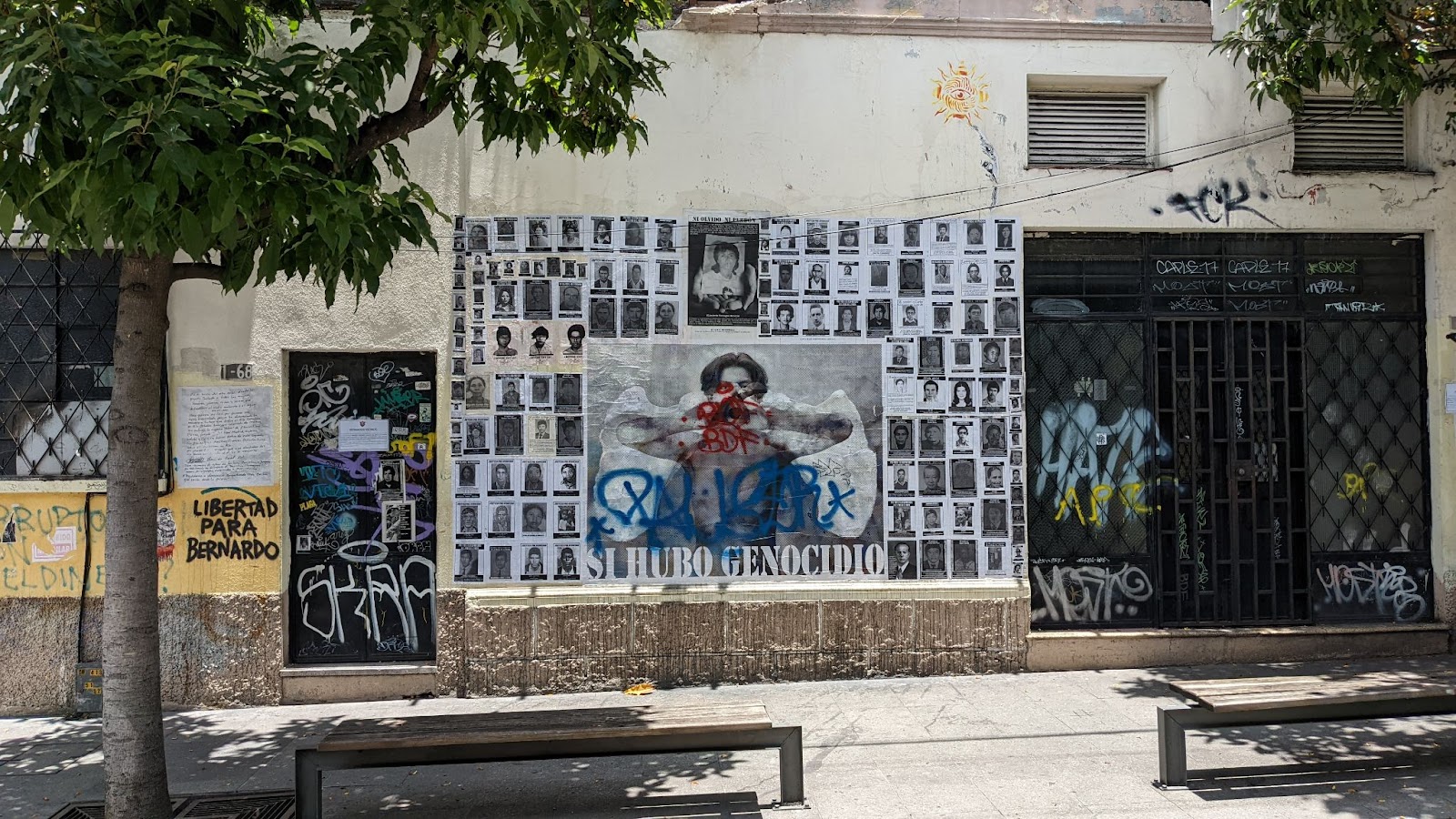 A poster outside of the Casa de Memoria in Guatemala City, taken July 24, 2022 by Dan Moriarty.

“Yes, there was a genocide,” the poster on a street in Guatemala City reads. Following the signing of the 1996 peace accords, transitional justice in Guatemala has had three main goals. One, acknowledge the atrocities committed in the conflict. Two, transform systems that contributed to the abuses. Three, never allow a genocide to happen again. But for most Guatemalans, barely a generation removed, these posters go unnoticed and the atrocities of the war are distant. Finding justice for the 200,000 Guatemalans killed and forcibly disappeared during the civil war from 1960-1996 and for the many other harms suffered by the majority Indigenous  population has not been easy. For those like Hector Reyes, a lawyer for the Center for Legal Human Rights Action (CALDH), who works everyday to make sure the armed conflict never happens again, there has been one large roadblock: corruption.

Transitional justice cases are ruled on by the high courts of Guatemala but what happens when corrupt judges preside? Victims never receive justice. This is the reality in Guatemala, where the “pacto de corruptos” or “corrupt elite” is a term used for the network of corrupt individuals both nationally and internationally who work together to commit illegal activity. Many have been connected to positions of power since the armed conflict and even benefited from the atrocities. Now they work day and night to ensure that the courts and all systems of accountability bend in their favor to maintain a harmful status-quo.

Under Attorney General Consuelo Porras, who the U.S. government has sanctioned for her actions which  “repeatedly obstructed and undermined anti-corruption investigations in Guatemala,” the justice system has intensified its targeting of honest lawyers and judges who were involved in anti-corruption and transitional justice cases. Since 2018, twenty-five Guatemalan judges and anti-corruption prosecutors have been forced into exile living across the world. For more on the attack on Guatemala’s honest judges and lawyers, see the report by LAWGEF, DPLF, GHRC, and WOLA,  When the Dominoes Fall: Co-optation of the Justice System in Guatemala 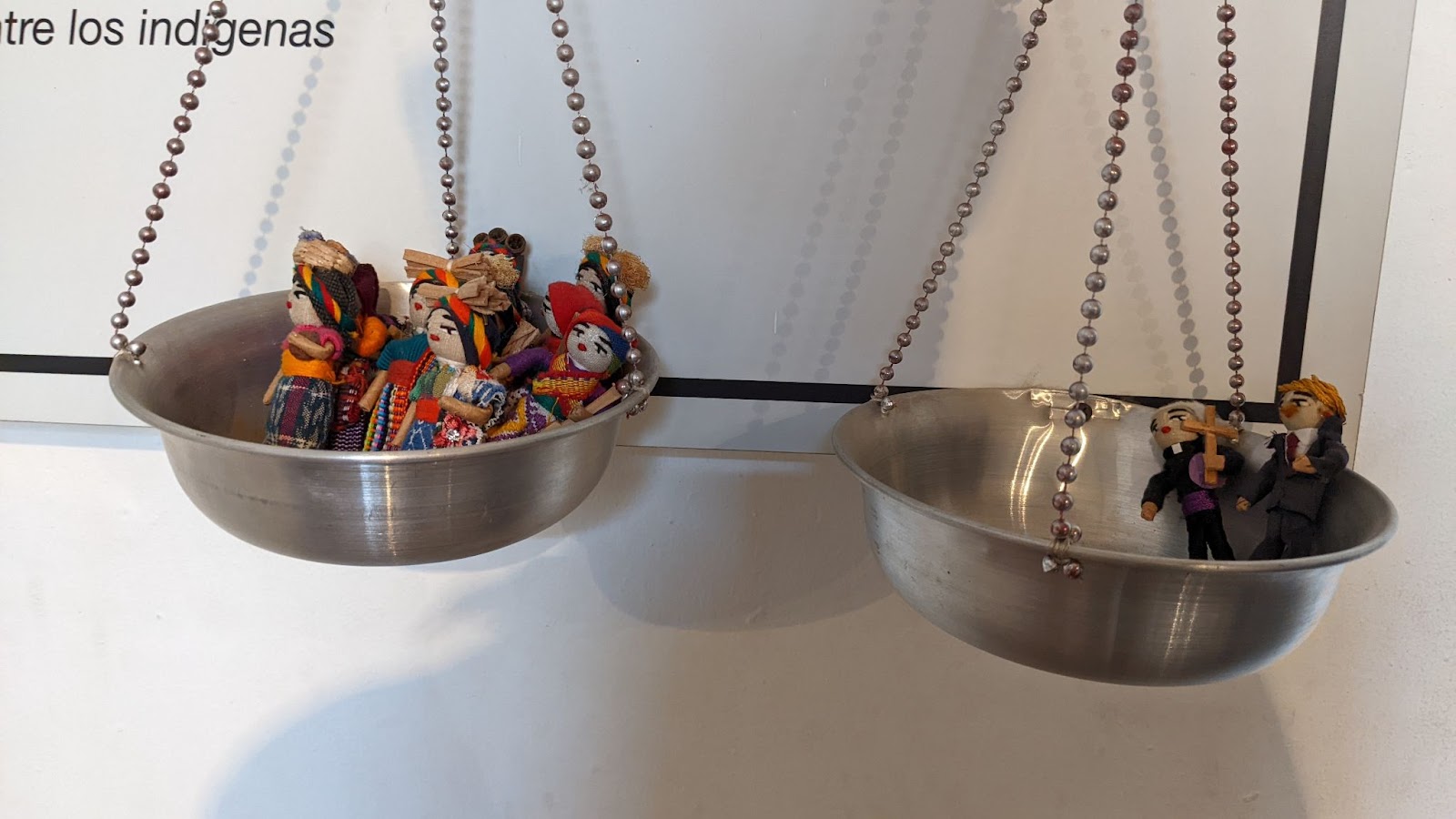 A visual art piece of a scale with a group of Indigenous women equating the same worth as two white missionaries, Casa de Memoria in Guatemala City, taken July 24, 2022 by Dan Moriarty.

The downhill spiral truly began when the International Commission against Impunity in Guatemala (CICIG), an entity that was established in 2006, closed its doors in 2019 under former president Jimmy Morales. At the time, the CICIG was one of the most successful internationally recognized mechanisms for truth and justice. During its time of operations, the CICIG provided support to the Guatemalan justice system that resulted in convictions of a former vice president, members of Congress, and other high-ranking government officials.  For more on the deterioration of the rule of law in Guatemala, see LAWG’s report with GHRC and WOLA, Guatemala’s Downward Spiral.

It doesn’t end there. These attacks also extend to those who are still working  for justice such as human rights defenders, lawyers, journalists, and Indigenous communities across the country.  These Guatemalans are prosecuted on false charges, threatened, digitally harassed, and physically attacked. 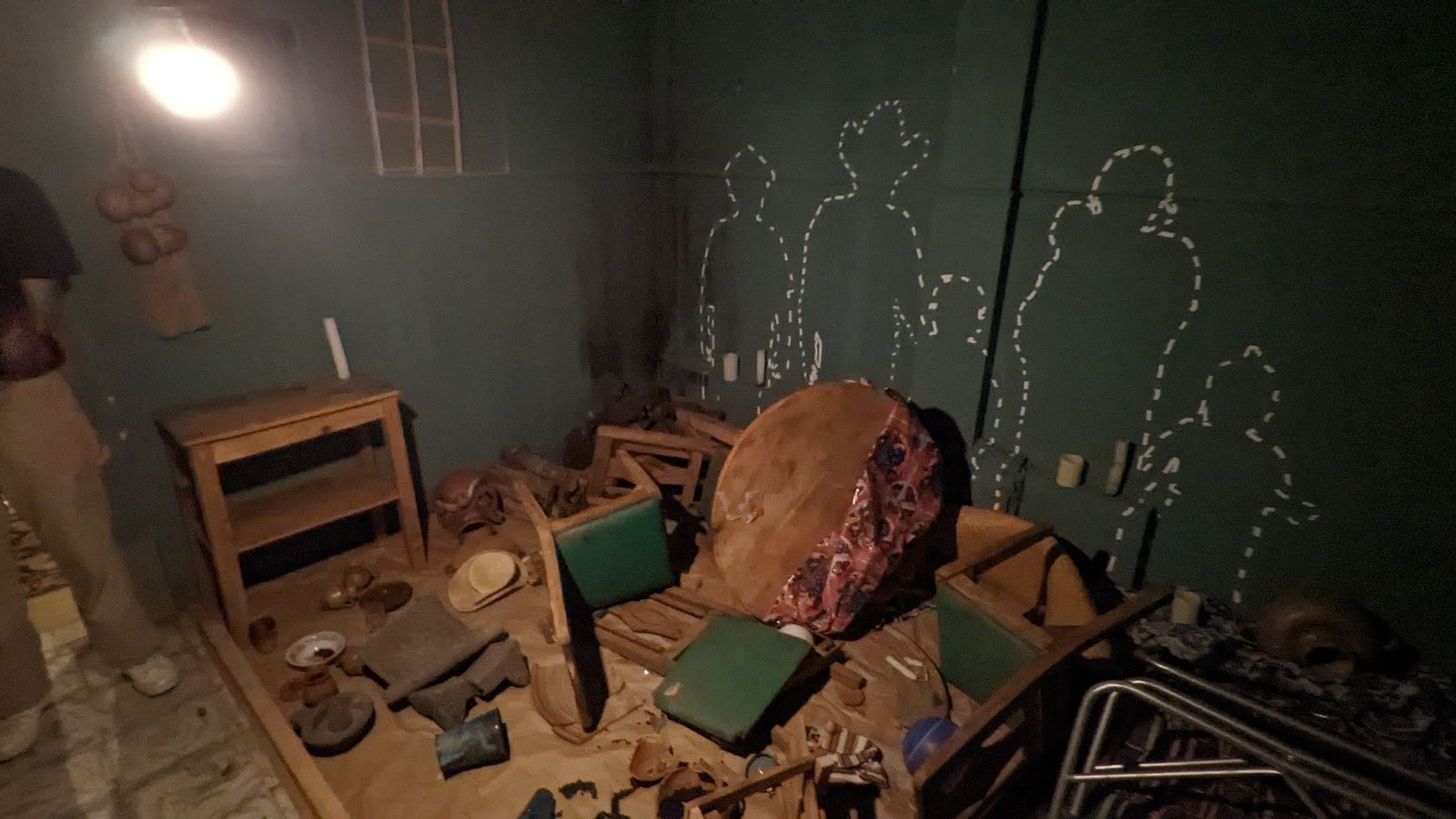 They also face new restrictions on their organizing.  The recently introduced “NGO law” lets the Guatemalan government shut down nonprofit organizations without legal proceedings or explanations. And, there will be an increased financial control of NGOs. Many foresee this law being abused to restrict the reach, influence, and services of civil society. Fighting for people’s rights has become a crime. Those working at organizations that focus on countering corruption, human rights abuses and impunity may be forced to close their doors.  See LAWGEF’s report with GHRC and WOLA, Under Assault in Guatemala:  Journalists & Indigenous & Human Rights Activists.

The situation in Guatemala is dire. As Jordán Rodas, former Human Rights Ombudsman of Guatemala said ,”We are under an authoritarian regime. We have a masquerade of democracy but (it’s) very fragile.” With Rodas leaving his position, one of the few last layers of protections for civil society and human rights defenders is removed. Many fear for the former Ombudsman’s life as he has continued to be criminalized.

As corruption continues to spread in Guatemala, the U.S. government and public needs to understand it as much more than an abstract concept but a real force ruining lives. People are forced to flee from their homes in the middle of the night to ensure their safety. People are forced to migrate to no longer feel the constant surveillance. People are suffering as they are forced to self-censor so they are not threatened online. And with the human rights defenders, Indigenous leaders, journalists, and honest judges and prosecutors forced to flee, vulnerable Guatemalans are left without protections. Corruption is a driver of migration and a direct threat to those seeking justice.

Without systems that work for the people, the legacy of impunity since the civil war will only continue. What we need is a consistent and strong response from the United States that is against corruption and supports accountability for the perpetrators of violence.  U.S. policy must ramp up consequences, like visa and financial sanctions, for corrupt officials and corrupt business leaders.  It must ensure that bilateral aid does not go to corrupt elites, that the Treasury Department ensures pending loans or grants from international financial institutions do not prop up corrupt elites, and that U.S. government initiatives that promote U.S. investment in Guatemala have mechanisms to screen out support for businesses run by corrupt elites.  We won’t back down. We won’t stay quiet. We need justice for Guatemala now.