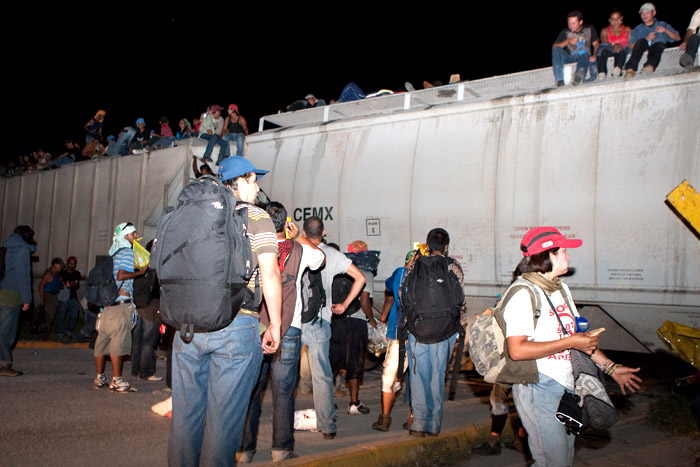 In the last two weeks, the situation for migrants at the Mexico-Guatemala border has grown increasingly dire. Two train companies have reportedly stopped allowing migrants to climb on top of the freight trains they commonly use to traverse Mexico on their way north. On April 30, about 300 migrants from Central America were detained by Mexico’s federal police and National Migration Institute when, after being denied access to the train “La Bestia,” they continued on foot. The Mesoamerican Migrant Movement reported violence against both migrants and the human rights defenders accompanying them, and alerted the public that the many migrants who fled into the mountains included unaccompanied minors.

LAWG and WOLA wrote a letter to Mexico’s Secretary of the Interior Osorio Chong expressing grave concern for this violent detention and violation of human rights, as well as the increasingly worsening situation for migrants in the Mexican states of Chiapas and Tabasco. The letter calls on the Mexican government to apply the Mechanism for the Protection of Human Rights Defenders and to implement migration laws with attention to human rights.

The complete letter can be found here (in Spanish).

LAWG Responds to the Reintroduction of the Dream and Promise Act

LAWG Vote Recommendation: Vote NO on Nomination of Chad Wolf as Secretary of DHS