This January, I traveled to Guatemala on a delegation led jointly by the Guatemala Human Rights Commission (GHRC) and student leaders from American University’s Alternative Break program. The ten-day trip focused on the effects of Guatemala’s internal armed conflict on indigenous communities, as well as the effects of large mega-projects on these same communities. While the testimonies we heard from human rights defenders were disheartening, the resilience and spirit of the survivors, activists, and community members inspired us to work in solidarity with the Guatemalans for justice by bringing their voices back with us to the United States. 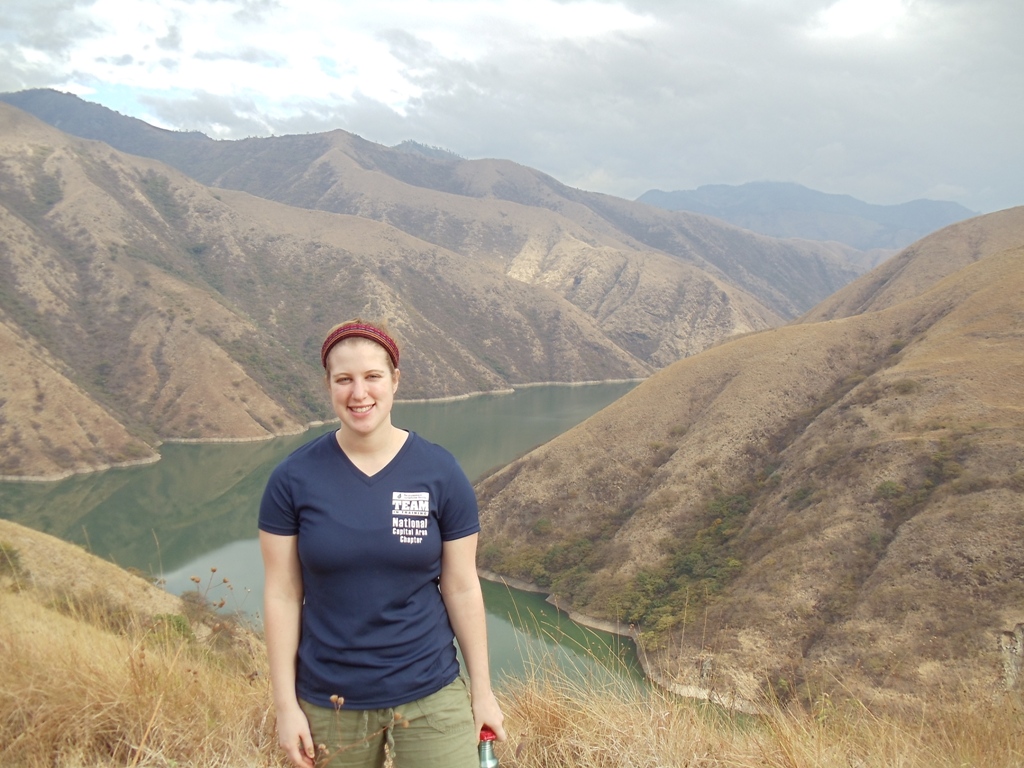 The community of Rio Negro left its mark on all of us as we witnessed firsthand the destruction brought about by the Chixoy Dam (pictured below). Its construction caused the flooding of 33 communities in the region and the massacre of hundreds who dared to speak out against it. 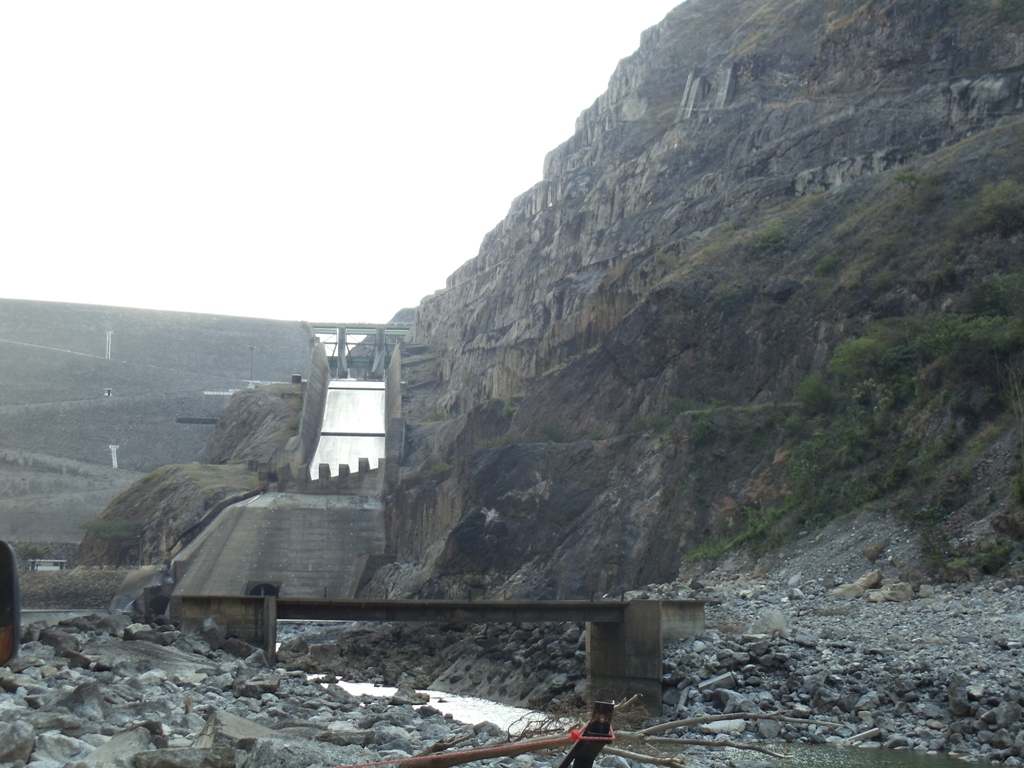 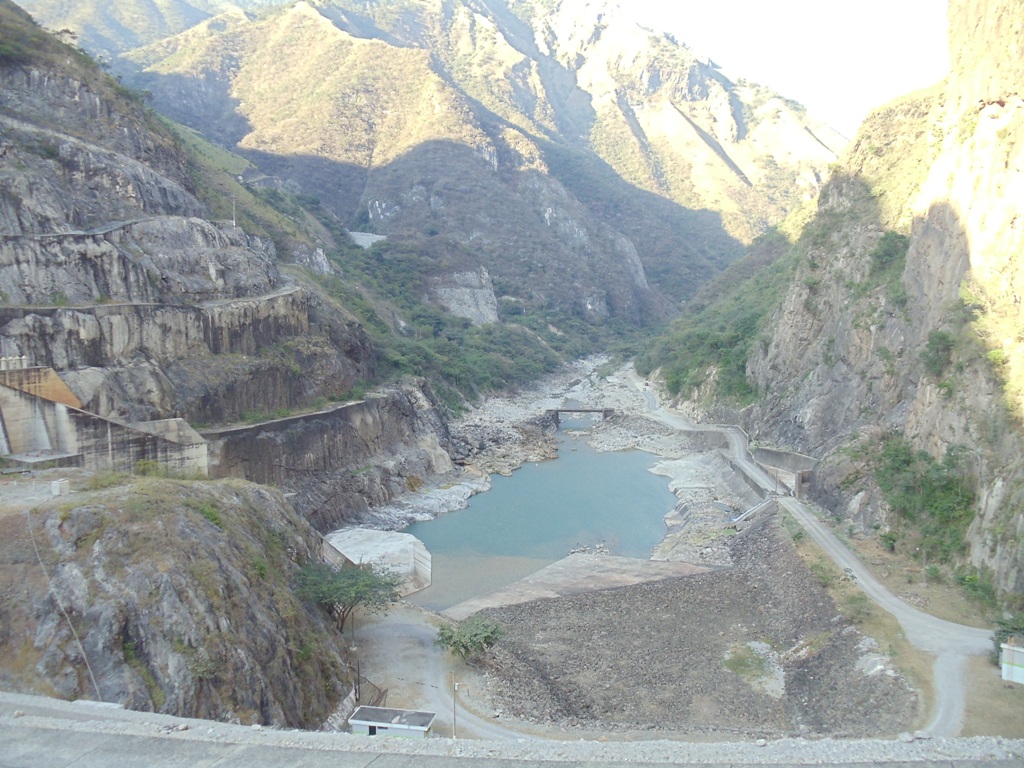 On March 13, 1982, 177 women and children in the community of Rio Negro were brutally killed by the armed forces. Now, a reparations package for the community sits on the desk of the president waiting to be signed. Human rights leaders are pressuring the Guatemalan government to pass the package so the Rio Negro community can finally receive reparations to rebuild their community. 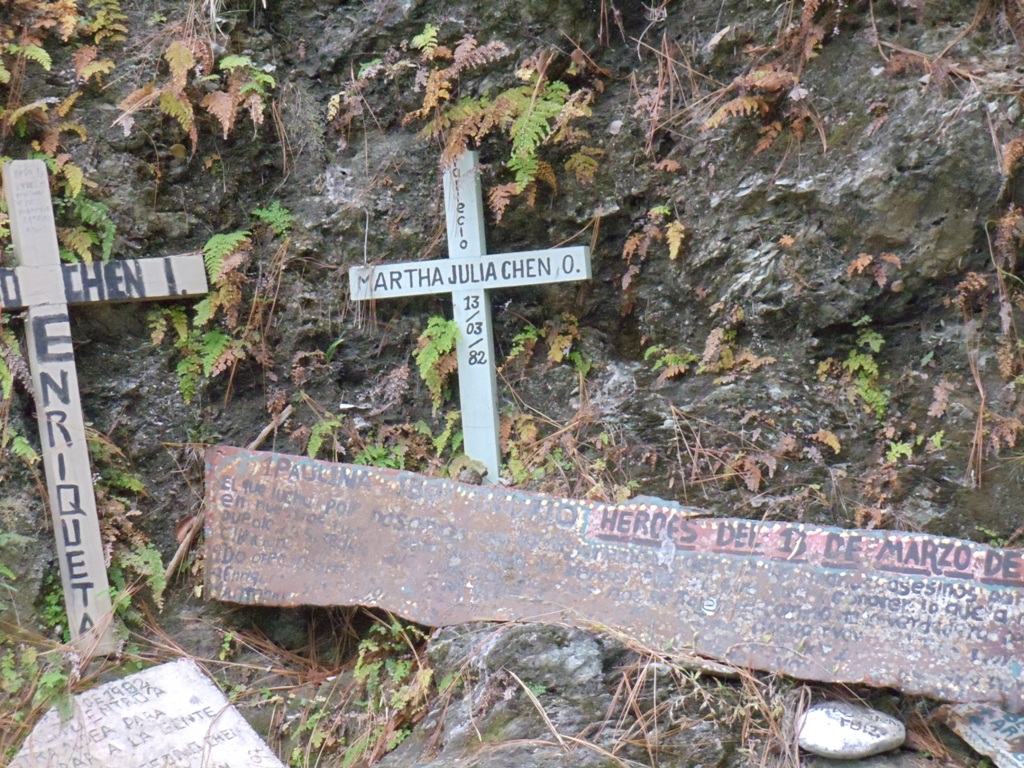 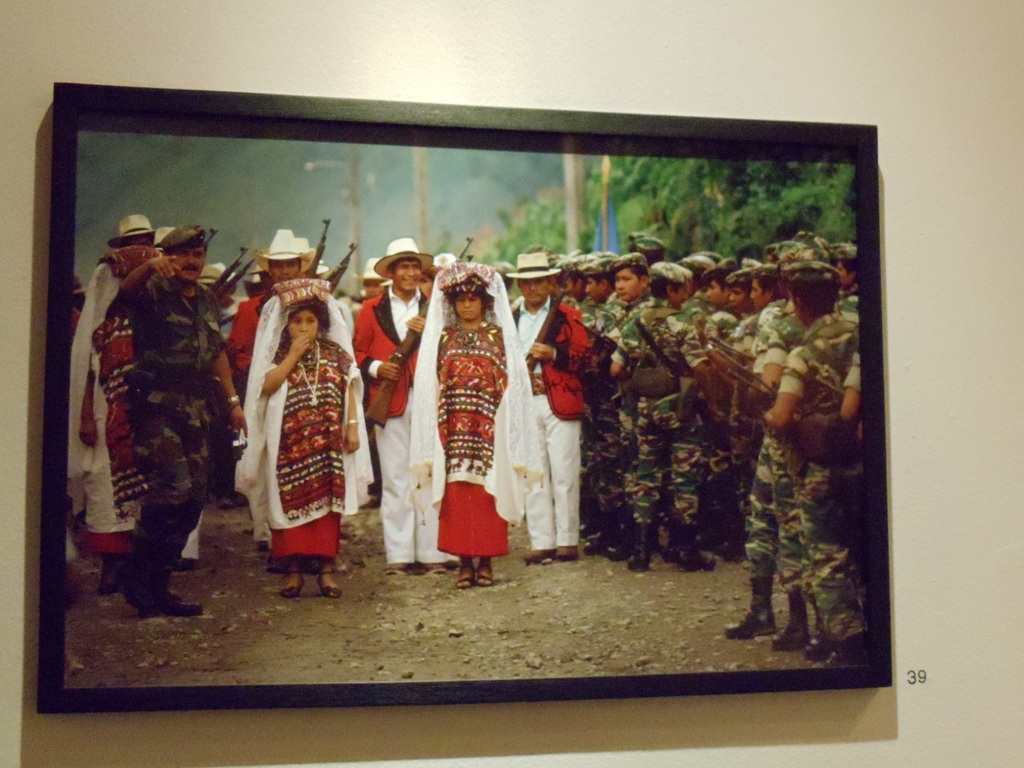 After our trip to Rio Negro we arrived in Pacux, a resettlement community for the victims of the massacre just outside of Rabinal, Baja Verapaz. We were able to the visit the New Hope Foundation, a school funded by human rights defender, Jesús Tecú Osorio. The school is a unique example of reconciliation, as children and grandchildren of the massacre victims attend the school alongside children of the victimizers. The school offers traditional subjects, along with culture and history of the Achi Mayas and diverse agricultural projects run by the students. 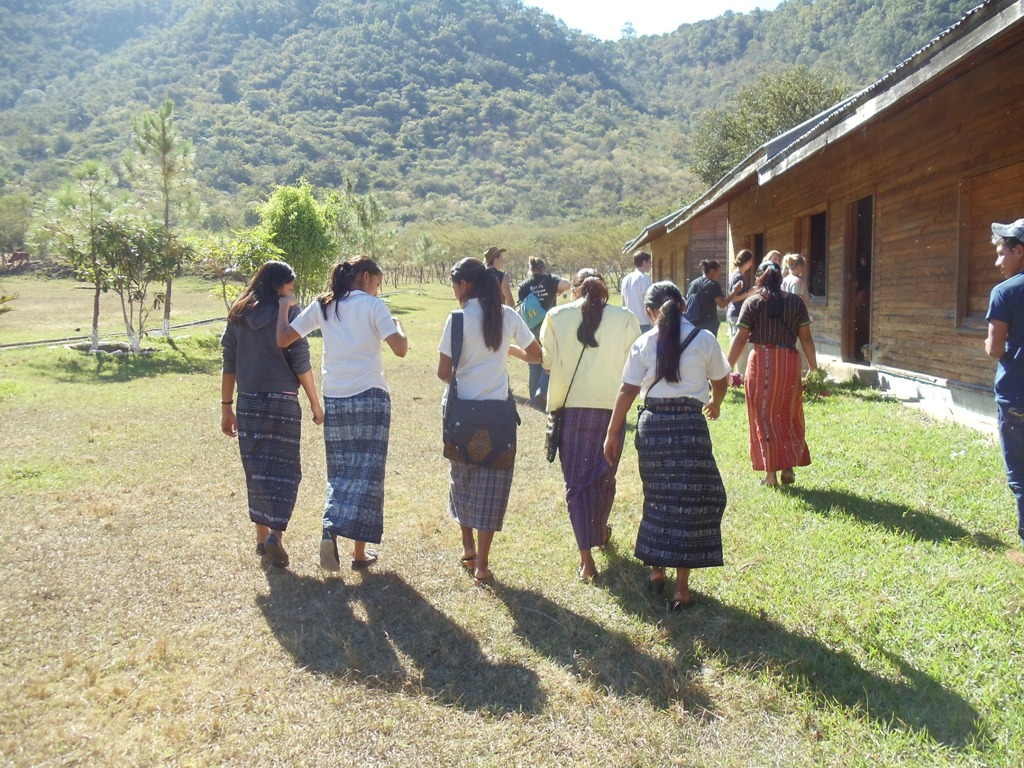 In Rabinal, the Association for Justice and Reconciliation (AJR) has been working on historical memory projects, with the vision of keeping the memory of their loved ones alive and educating the youth on past atrocities. Here, Eliodoro showed our group a large mural commemorating the lives of the victims. Julia Esquivel, the legal representative for AJR, spoke to us about the communities’ efforts to address the atrocities from the 1980s. Julia’s own father was murdered in the series of massacres surrounding the Chixoy Dam. She told us the families of massacre victims, more than anything else, want justice for the deaths of their mothers, brothers, and children. In a country with a 99 percent impunity rate, seeking justice is a never-ending task. 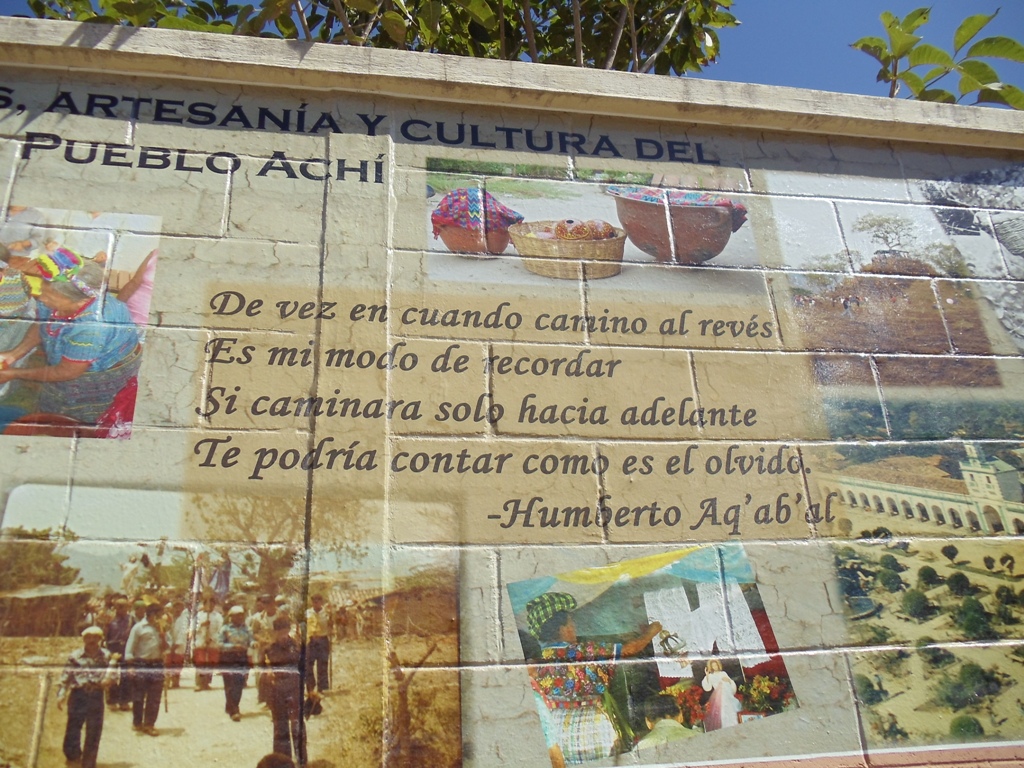 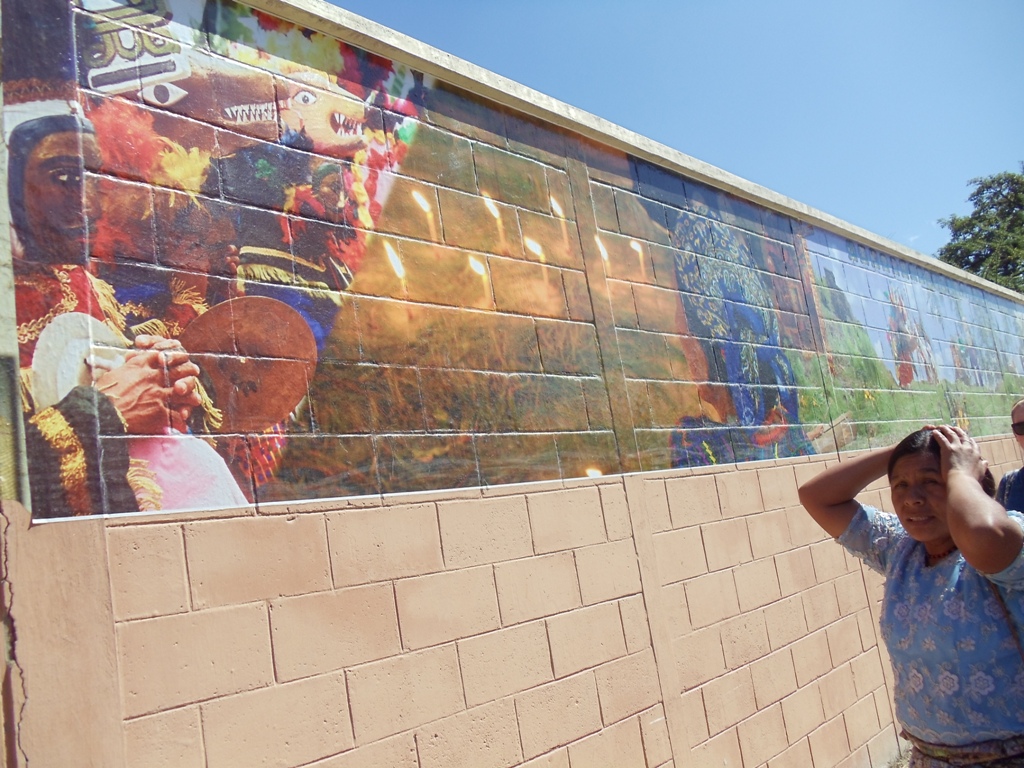 At the end of our trip, we visited Las Trojes II, a community in the region of San Juan Sacatepéquez. Our group expected to enter the town and meet with a few community leaders, but instead we were shocked to see the entire community surrounding our bus as we entered. Through tears and frustration, community leaders shared with us their stories of the violence and intimidation suffered because of their opposition to a multinational mining project that has started construction in their region. Their wish was for us to return to the United States and share their testimonies, so the international community would know about their struggle and could help put an end to the violence and fear that has become a daily reality. 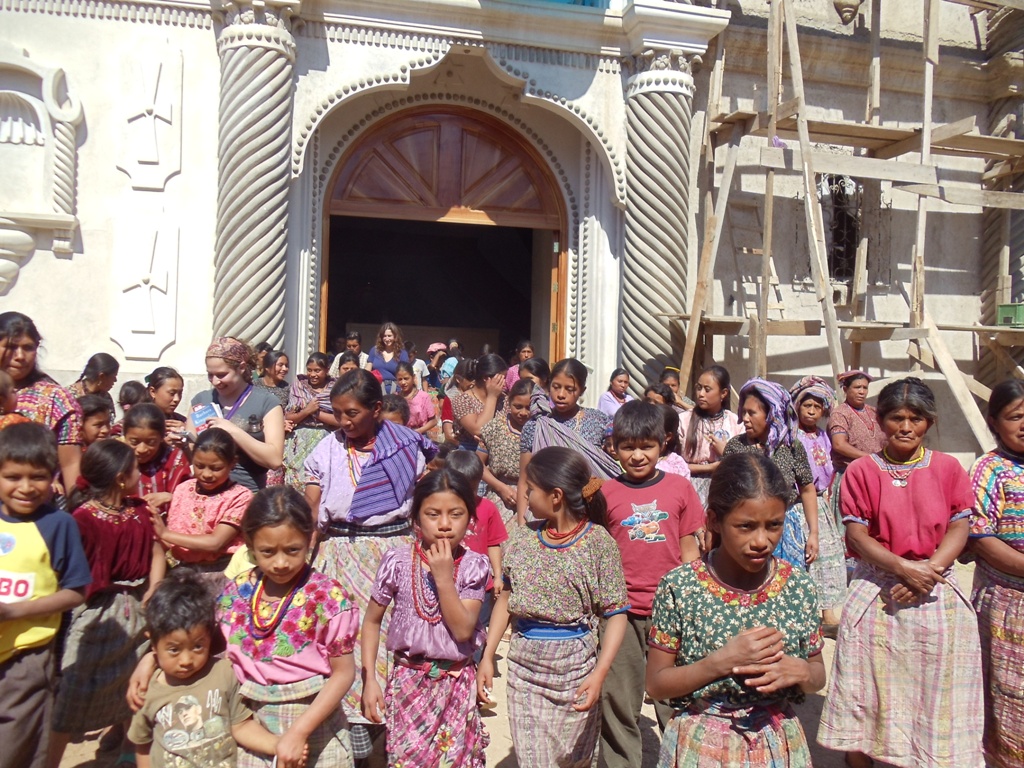 The community members hung a poster on a tree with pictures of bullet shells and body wounds in order to prove to us “they were not lying.” 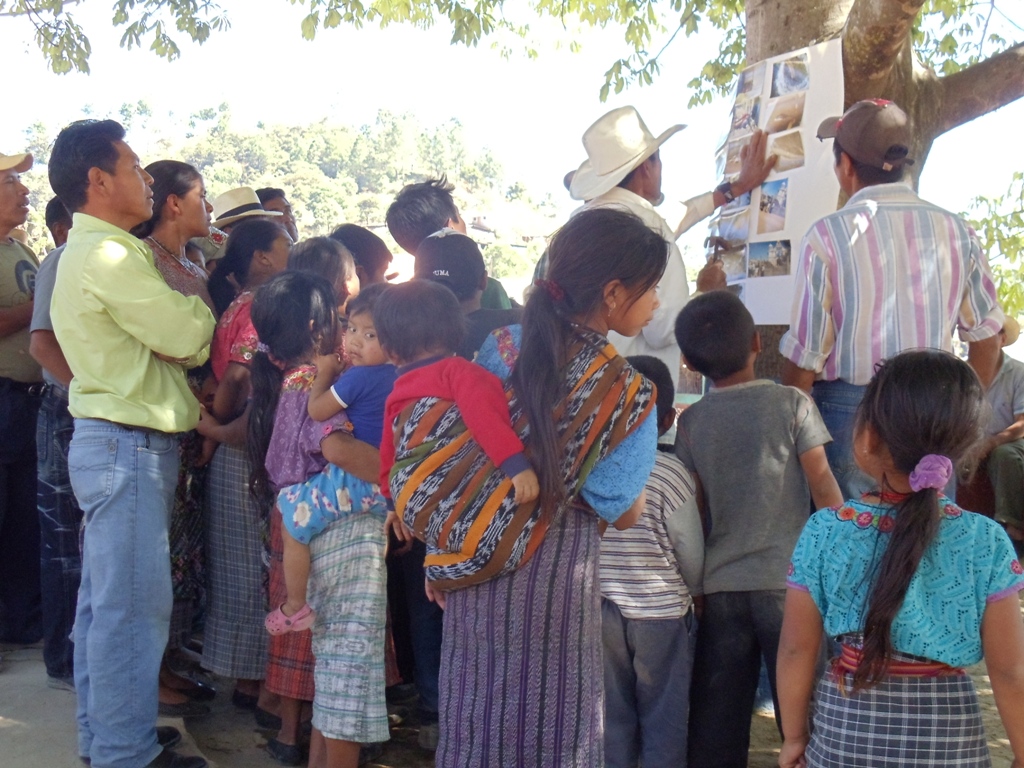 Now, back home, I’m carrying with me the voices and images of the amazing people I was lucky enough to meet. Their strength under so much adversity empowered us and proved that Guatemala, and the beautiful people who live there, deserve our solidarity. 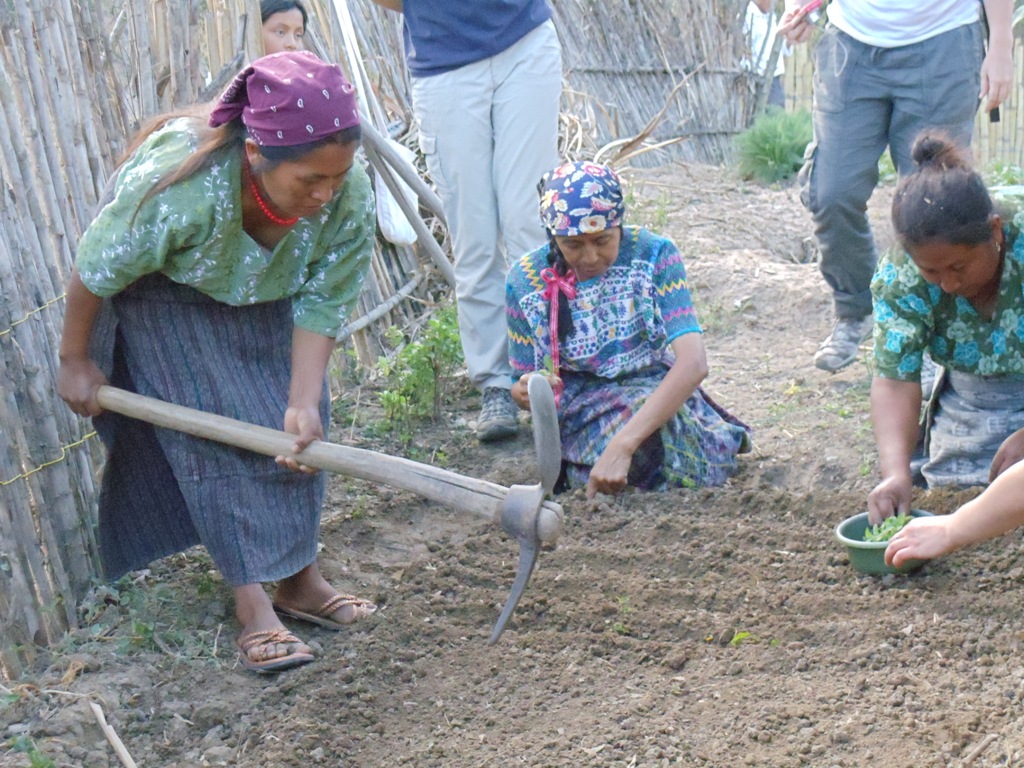 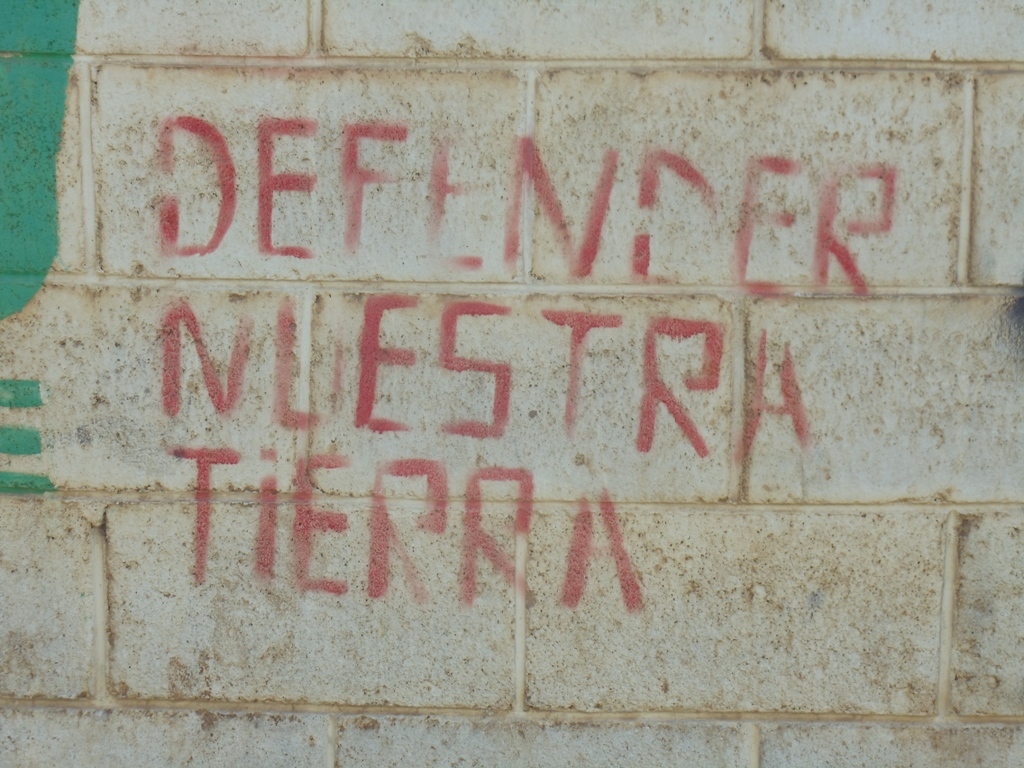 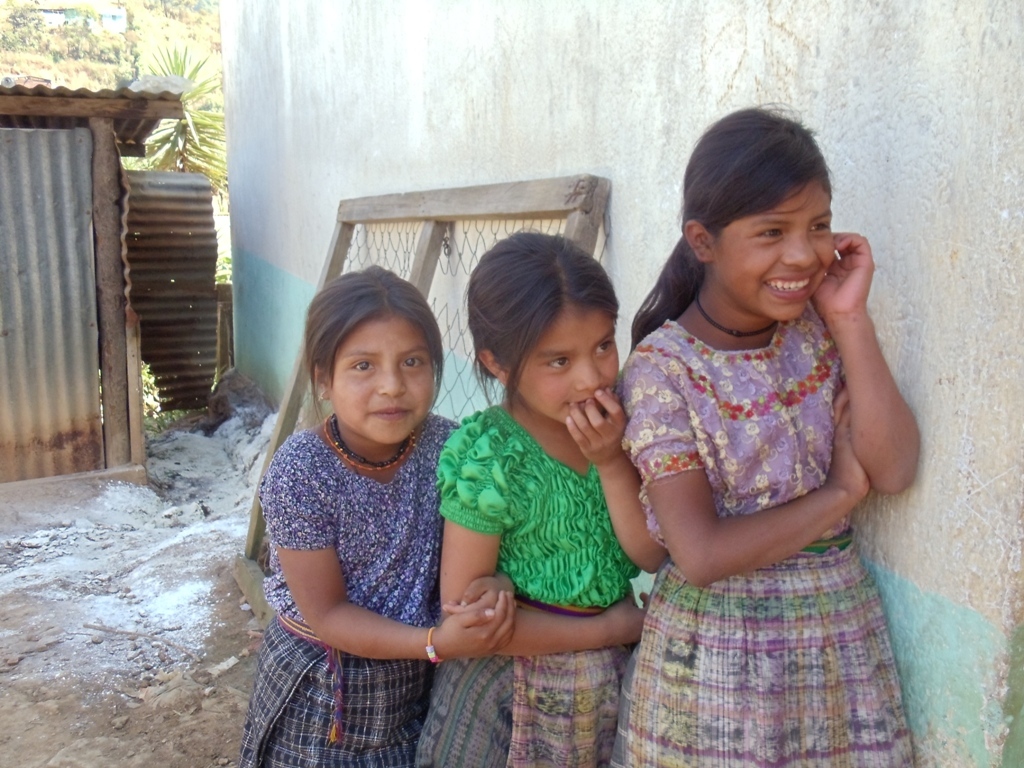 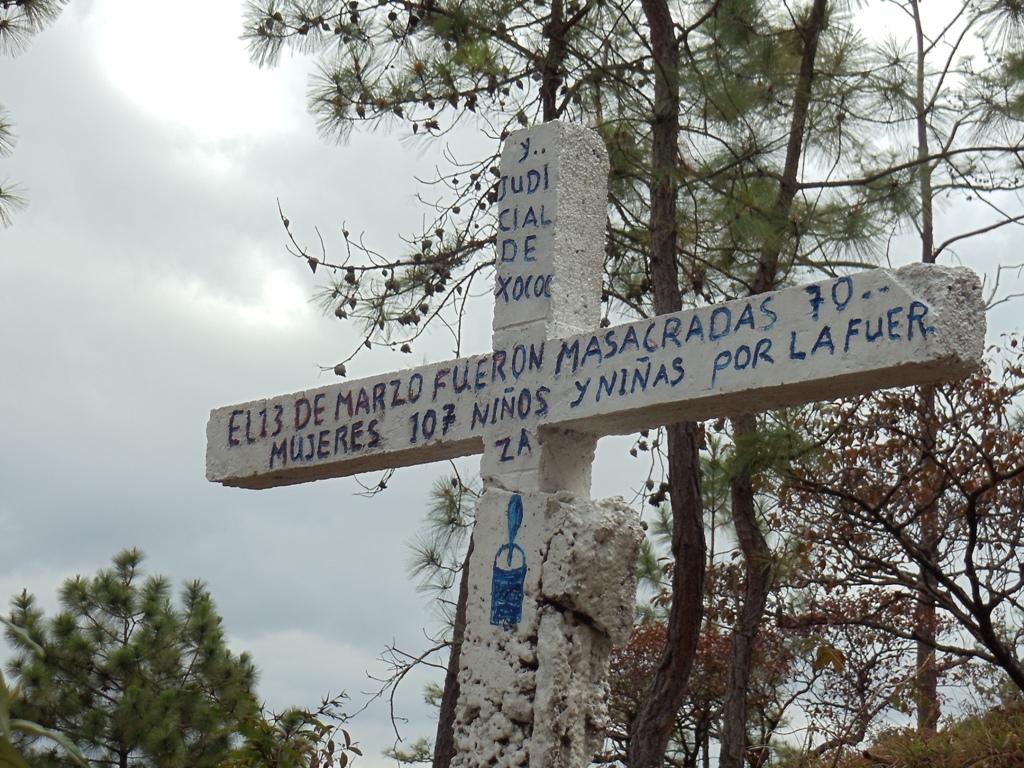 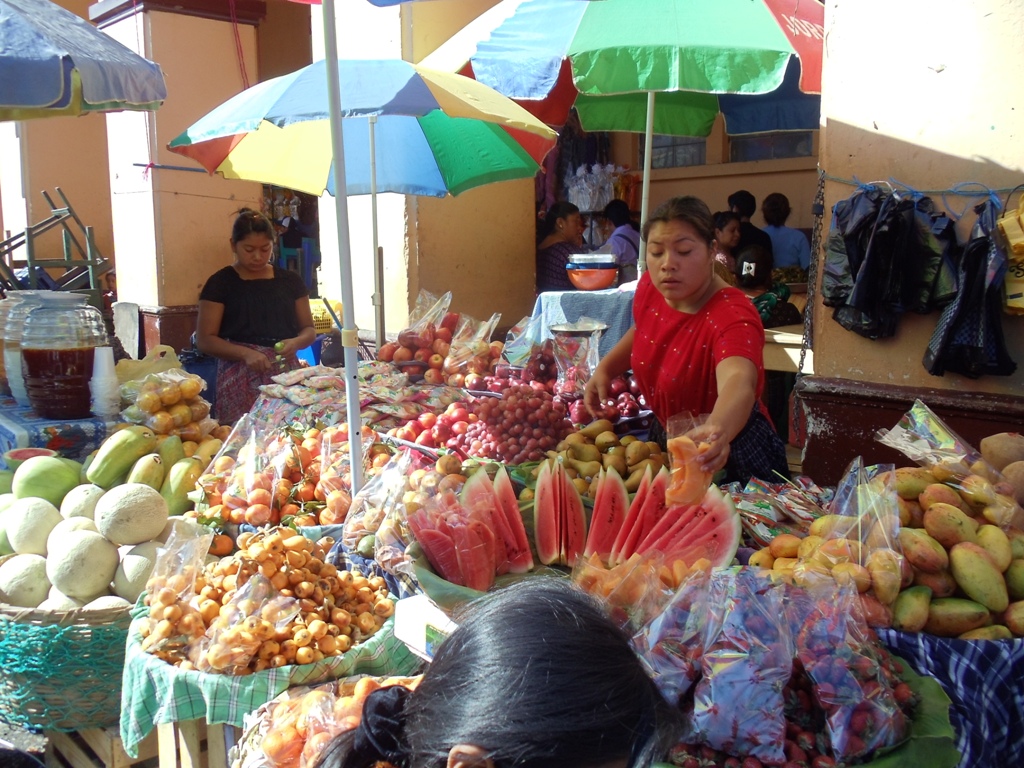 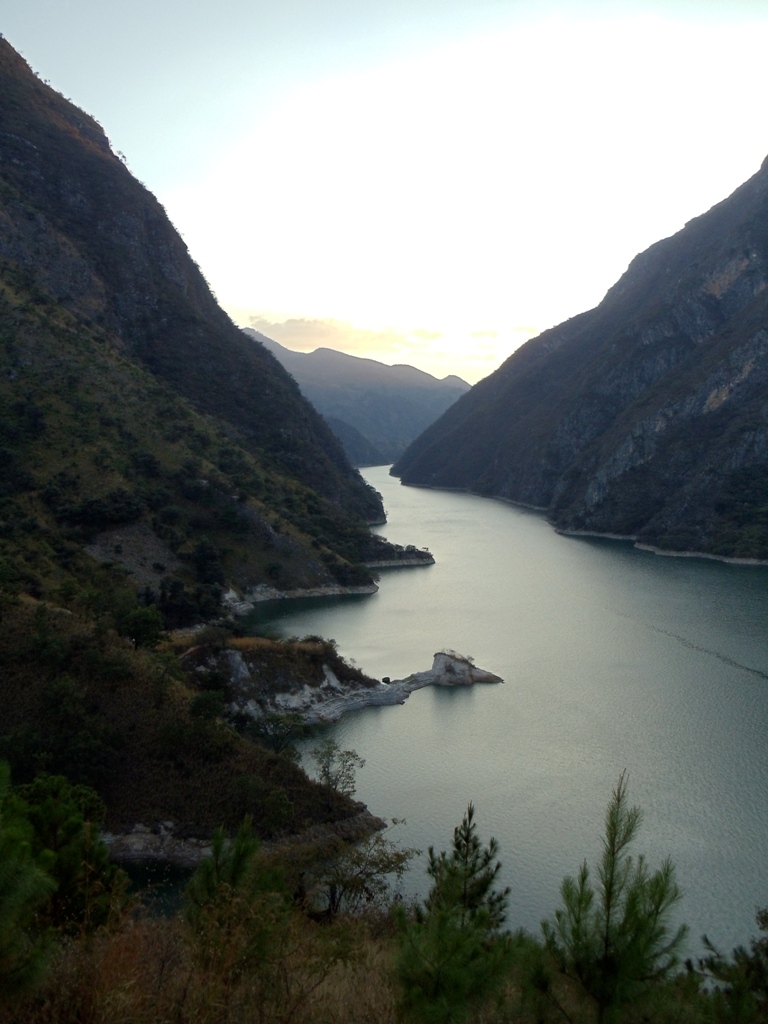