The UN Voted to Condemn the U.S. Embargo for the 22nd Time

For the twenty-second time, the United Nations General Assembly voted to bring an end to the United States’ economic embargo on Cuba. The truth is that we’re not too shocked that this happened again. The world has consistently been against us for our out-dated policies towards the island nation.

We want to thank those of you who contacted the White House to let the President know that the majority of U.S. citizens want to see a change in our policy towards Cuba. There were over 1,000 messages and calls made to the President. While this year the United States ending up voting as it normally does, against the resolution, it only had one remaining ally, Israel. The country of Palau which had previously voted with the United States and Israel, decided to join Micronesia, and the Marshall Islands in abstaining. The remaining 188 countries urged the United States to end its embargo policy towards Cuba. 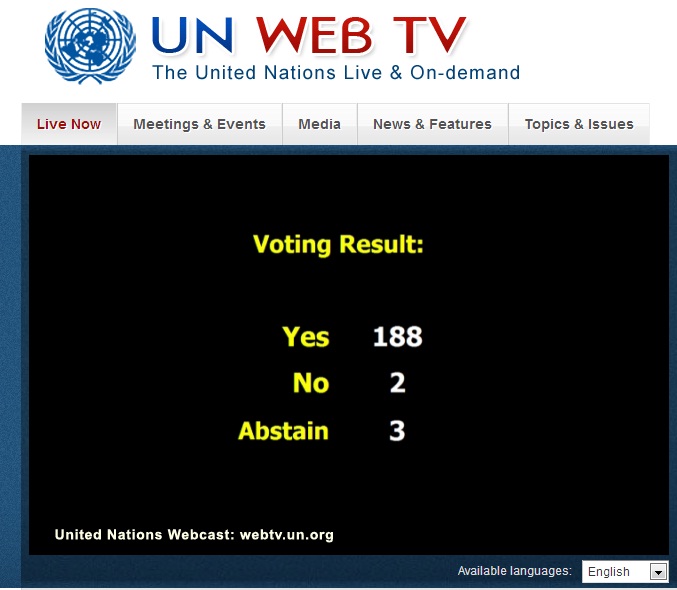 While the decision of Palau to shift its “no” vote to an “abstention” isn’t a monumental change, it does show that the United States really has no international support for maintaining an embargo on Cuba. We will continue our efforts to convince our government that not only do 188 countries of the United Nations want to see our policy change, the majority of United States citizens and Cuban Americans want to see a change too. And if our President won’t listen to the rest of the world, he’ll listen to his own citizens; we just need to be louder. Stay tuned and continue to be a part of our movement to change U.S. policy towards Cuba, because as we can see, even the littlest shift can lead to a watershed moment!