“Yet Another Victim of the American Dream”

SIX COURAGEOUS MIGRANTS SPEAK OUT TO SHARE THEIR STORIES AND BRING ATTENTION TO THE HORRORS FACED BY CENTRAL AMERICAN MIGRANTS EVERY DAY. 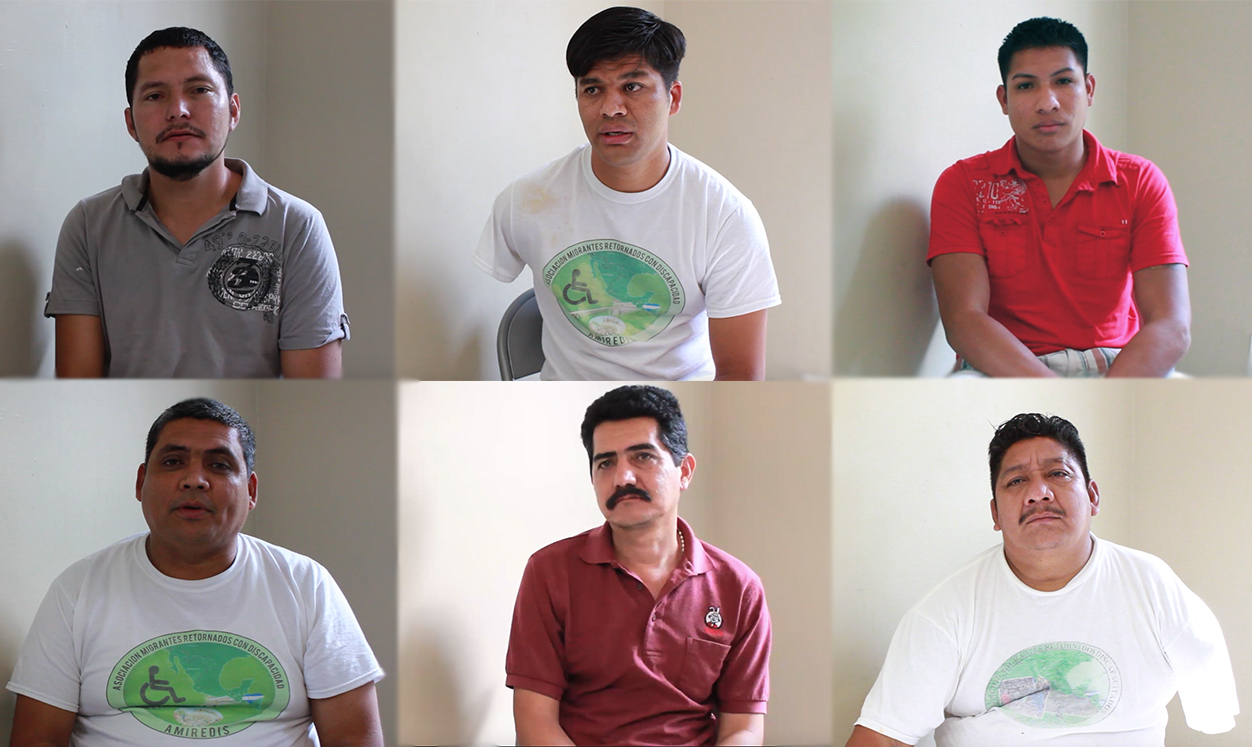 A Dangerous Journey on the “Train of Death”

It may seem an impossible choice to risk your life and limbs to travel the dangerous route through Mexico, walking for days on end with little to no food, water, or sleep, jumping aboard the freight train known as “The Beast” (“La Bestia“) in an attempt to reach the United States. But, for thousands of Central Americans —particularly those from the Northern Triangle countries of Honduras, El Salvador, and Guatemala— it has become a necessity. Many are not migrating, but fleeing situations of poverty, rampant impunity and corruption, and violence committed by gangs, drug-trafficking organizations, the state and other actors. While traveling in search of refuge, these migrants face dangers on their journey to the United States, including the risk of injury, death, extortion, harassment, or sexual violence at the hands of Mexican officials, organized crime groups, and others. These conditions have only been exacerbated by Mexico’s increased migration enforcement and the implementation of the Southern Border Plan, known by many migrants as the “Southern Cemetery Plan.”

For some migrants—including the members of the Honduran Association of Returned Migrants with Disabilities (AMIREDIS)— the nightmare includes being mutilated by the train. After suffering traumatic injuries caused by falling from the train in Mexico, hundreds of Hondurans have been deported back to their home country where they have few options for living a normal life and receive little to no support from the government. In 2008, a group of these returned migrants formed AMIREDIS to bring attention to the hard realities of migration. This year, thirteen members of the group decided to take a caravan trip through Mexico and into the United States with the goal of giving a voice to the migrants who face the worst nightmare of their life crossing Mexico. The “Everything is Possible” caravan worked its way through the southern United States until reaching the group’s final destination: Washington, DC. Eight members of AMIREDIS arrived in Washington on June 17, 2015 and they are determined to stay until their message has been heard. These men represent more than 700 Hondurans who have been mutilated by the train, more than 3,000 migrants who have disappeared en route, and more than 300 migrants who have been returned to Honduras as cadavers.

The moving personal testimonies below were recorded with the Latin America Working Group Education Fund (LAWGEF)’s Angelika Albaladejo in the hopes of raising awareness about why migrants risk their lives by fleeing their homelands and what hardships they face along the way. Their message is clear: they want policymakers to rethink immigration policies in the United States and Mexico and focus U.S. assistance on humanitarian and development aid, rather than militarized border enforcement and ineffective deterrence programs.

We hope these stories will move you to action in support of increased protection OF migrants’ rights and decreased militarization of immigration enforcement!

“It’s terrible the nightmare that a migrant now faces trying to the reach the United States… The migrants are like little sheep surrounded by a pack of wolves.”

“As migrants going through Mexico, we suffer in a tremendous way. Crossing Mexico, you are at risk. 100% at risk… They’re incredibly difficult situations that hardly anyone talks about. They go unseen.”

“We decided to do this caravan because the [Honduran] government doesn’t listen to us… It hasn’t been easy. It’s cost us a lot… We were held in detention for a month and a half… Now that we’re in Washington, our purpose is to raise awareness about the suffering that migrants endure.”

“I told [my son] I would give him everything I could… but, it wasn’t enough… So I decided I would be better off if I left for the United States in search of a better life for my children. To provide them with a home and an education… We know that the United States government supports the President of Honduras. There is assistance flowing to Honduras, but it isn’t being invested in job creation, it’s going toward the purchase of arms and to the police. Imagine that.”

“We hope that more people will support us… so that we can continue on and win this fight.”

What can I do?

Learn more about AMIREDIS & How to Support their Work:

Take Action Now for the Protection of Human Rights and Migrants’ Rights:

Ahead of Summit: LAWG Urges Regional Collaboration on the Protection of Human & Migrant Rights, not Regional Isolation

Graphic: What is going on at the U.S.-Mexico Border?