We have done it!  You and the Latin America Working Group, Cuban Americans who have long pressed for a new Cuba policy and many other wonderful partners have changed U.S. policy towards Cuba—and changed history.

Some real advances in how the United States and Cuba relate to one another are happening this year, following President Obama’s and President Castro’s joint decision to re-establish diplomatic relations between the two countries. President Obama’s December 17th announcement marks an historic day for both the United States and Cuba. Since the announcement, several meetings for dialogue and negotiation have taken place, alternating between Havana and Washington. The dialogues have focused on re-opening embassies, removing Cuba from the State Department’s list of state sponsors of terrorism (which will become fact the end of May or early June), and exploring normalizing relations and all that entails. These positive talks are long overdue between two countries that are 90 miles apart, share a marine life and a long history with one another. But over 50 years of Cold War tension, not to mention internal politics, have blocked previous efforts towards reconciliation. Thanks to President Obama, his new approach to the island also provides new and positive possibilities for U.S. interactions with all of Latin America. 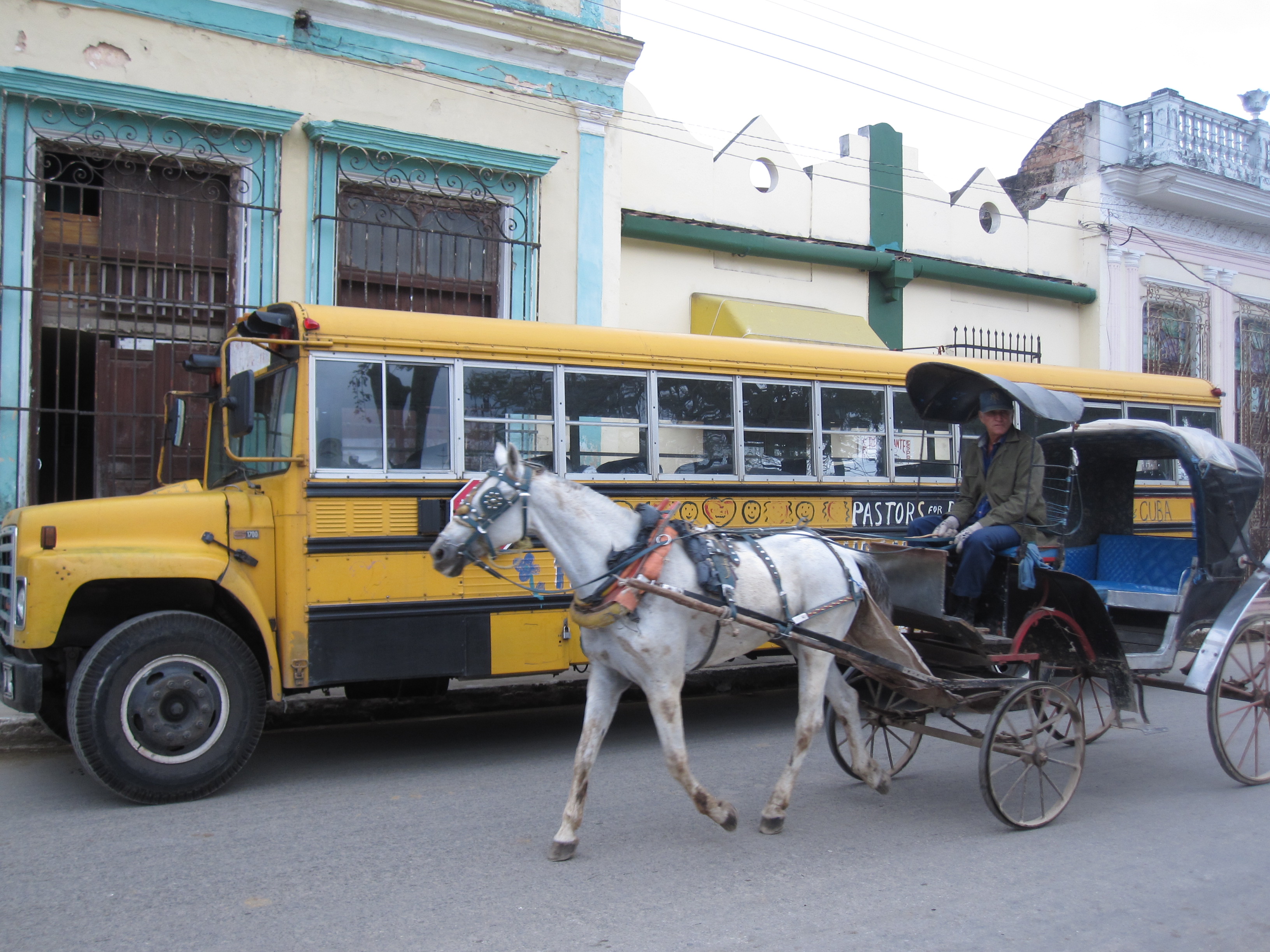 Features of the announcement by President Obama include: re-establishing diplomatic relations and re-opening embassies, initiating new efforts to increase Cubans’ access to communications, removing Cuba from the terrorism list, facilitating an expansion of travel to Cuba to help support the “growth of civil society in Cuba more easily” and providing business training for private Cuban businesses and small farmers. The President also authorized expanded sales and exports of certain good and services from the United States to Cuba, and authorized U.S. citizens to import goods from Cuba, up to $400 per trip, including $100 of cigars and rum. The new regulations governing travel to Cuba make general licenses (no specific or prior permission required from Treasury’s OFAC) available to all authorized travelers in the 12 existing categories. For the list, visit the White House website. Unlike in previous years, the new travel policy also allows companies exploring trade to travel to Cuba under a general license. These new regulations are detailed in the U.S. Treasury Department’s Office of Foreign Assets Control (OFAC) Cuban Assets Control Regulations (CACR).

Leading the way in this historic end of worn out Cold War tensions are two accomplished female diplomats. On January 21, 2015, U.S. Assistant Secretary of State, Bureau of Western Hemisphere Affairs, Roberta Jacobson and Cuban diplomat Josefina Vidal, general director of the United States Office of the Ministry of Foreign Affairs (MINREX), began talks in Havana to rebuild U.S. relations with Cuba. That first meeting occurred in Havana less than 24 hours after President Obama’s 2015 State of the Union address in which he re-stated his bold announcement that a new approach is needed in our foreign policy towards Cuba. The positioning of these two experienced, knowledgeable, and trailblazing women in these talks represents an opportunity for both countries to work in a new way towards the bigger picture of fully normalizing relations. Ms. Jacobson and Ms. Vidal have both led their teams in an engaging and goal-oriented manner thus far. According to the New York Times, they are “very, very thorough, informed and tough, but they also have a sense of humor and a personal touch to their work.”

Although a lot has changed, substantial barriers remain. Tourism to Cuba for U.S. citizens and residents is still prohibited and the embargo laws remain in effect. Only Congress can lift the embargo through legislative action.

We here at the Latin America Working Group (LAWG) have enjoyed celebrations of what has been accomplished, as well as continued our vigorous determination to now focus our energies on the need for Congress to end the full embargo. We have met with congressional leaders and their staff to educate them on the issues and to ask for their support for pieces of legislation that would end the travel and trade bans and thus end the embargo: S.491, S.299, and H.R.641. With the wind at our back, standing side by side with organizations and individuals that have fighting to end the embargo for two decades, we are excited and hopeful about these new changes in U.S.-Cuba relations.

Action Alert: Thank the President
On April 15, 2015, President Obama submitted a report notifying Congress of his intention to remove Cuba from the State Sponsors of Terrorism list.  This report to Congress is required 45 days prior to the country’s actual removal. Opponents in Congress to this action do not have the votes to block it. Cuba will be removed from the terrorist list 45 days after the initial notification, or about May 29. Thank the President for this welcome change!

Click here to send an email to the President with your thanks! It’s as simple as this: “Thank you, Mr. President, for removing Cuba from the list of state sponsors of terrorism.” And sign your name and address. Or, call the White House and leave a comment at 202.456.1111.