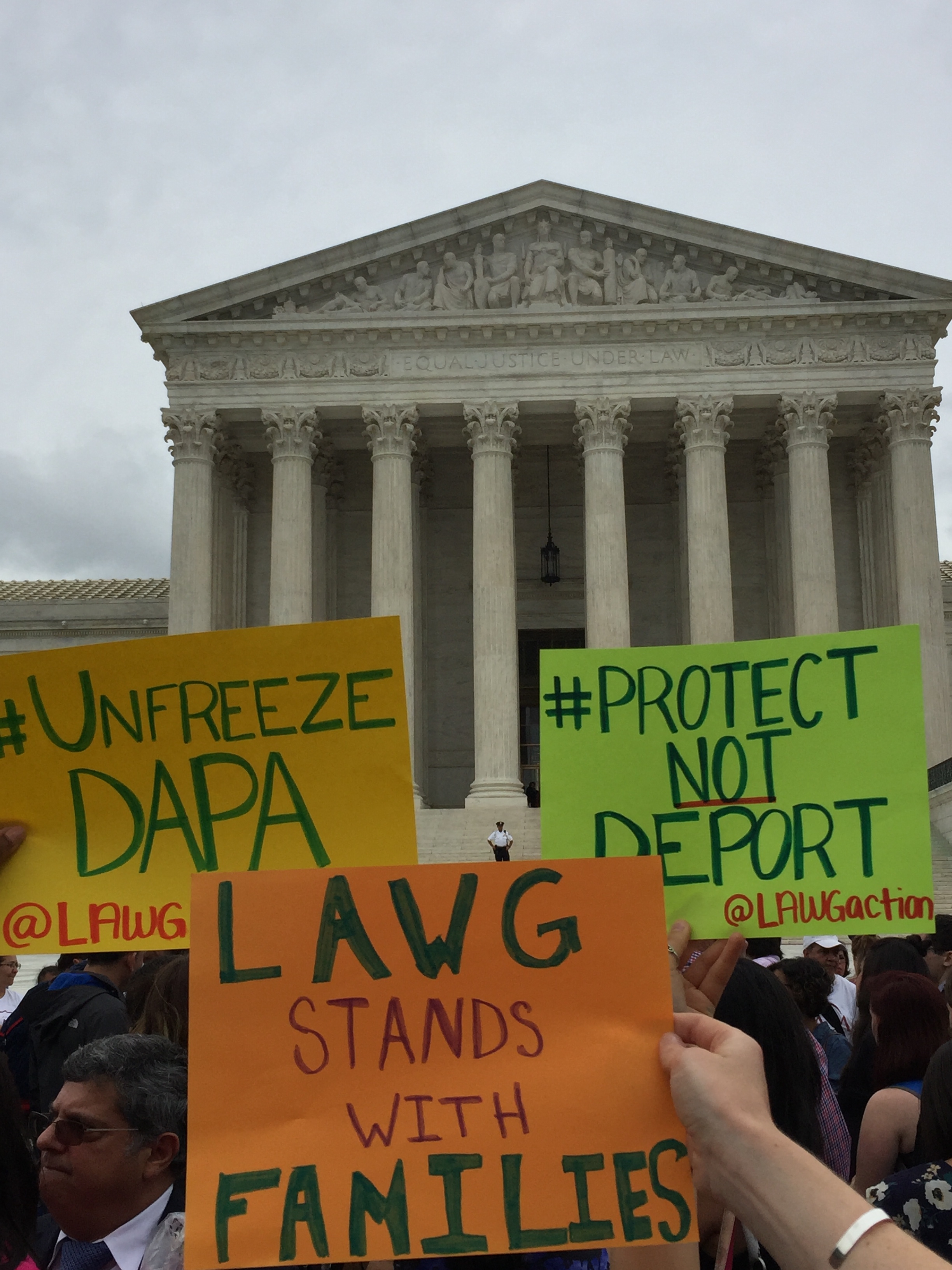 LAWG deeply laments the 4-4 split decision by the U.S. Supreme Court in the United States v. Texas case. This decision leaves in place a lower court ruling that blocks the implementation of the Obama administration’s Deferred Action for Parents of Americans and Lawful Permanent Residents (DAPA) and the expansion of Deferred Action for Childhood Arrivals (DACA+). It means that while the original DACA program remains in place, as many as 5 million youth and parents who could have qualified for expanded DACA or DAPA must remain in the shadows and live without protection from deportation.

“Today’s decision is extremely disappointing, but we will keep fighting for protection from deportation for the millions of families who would have benefited from DAPA and expanded DACA, as well as for those who continue to arrive seeking asylum from the violence they are fleeing. Comprehensive immigration reform is our shared long-term goal, but time is of the essence for short-term action. We encourage the Obama Administration to take immediate steps in the time it has left to show that it is serious about protection for all immigrant children and families in the United States,” states Daniella Burgi-Palomino, LAWG Senior Associate for Mexico, Migration, and the Border.

In the last two years, since President Obama declared the unaccompanied children and families arriving at our southern border an “urgent humanitarian situation,” the administration’s policies have continued to emphasize border enforcement and rapid detention and deportation instead of protection. This year it has increased raids on Central American families and children, promoting fear-mongering deterrence measures instead of due process. This strategy undermines the implementation of protection mechanisms, including access to asylum and the possibility of in-country resettlement mechanisms. This flawed approach treats undocumented immigrants and asylum seekers as the criminals that they are not.

In light of today’s decision, there are several actions that the Obama Administration can and must take during its remaining months in office to offer relief for immigrant families. LAWG and partner organizations have made comprehensive recommendations, including the immediate implementation of Temporary Protected Status (TPS) for those from the Northern Triangle countries of Central America—El Salvador, Guatemala, and Honduras. As the DAPA/DACA+ case moves back to the lower courts, we hope that continued senseless enforcement actions will not characterize the administration’s legacy on immigration. The administration can move forward to address the current backlogged system, ensure due process for all immigrants, end raids, and extend protection for children and families fleeing violence.