Your members of Congress need to hear from YOU on Cuba! 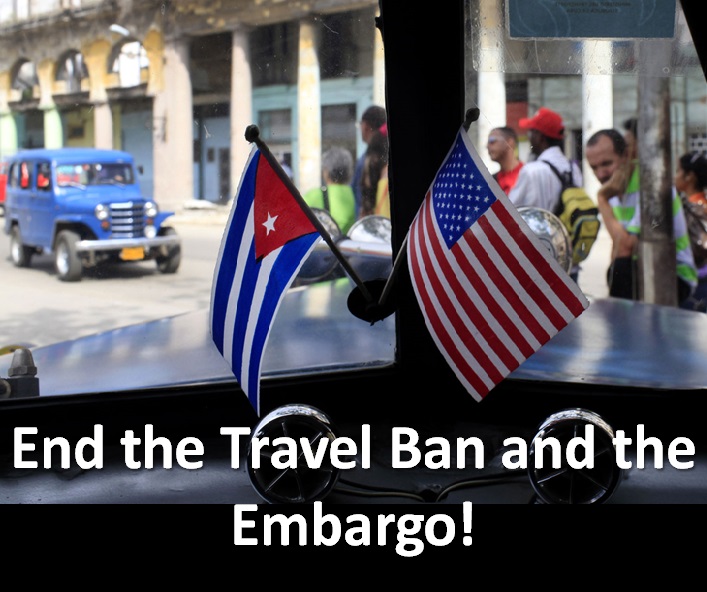 There is no time for suspense; we are so close to finally ending this ridiculous travel ban and embargo on Cuba. President Obama did his part last year by taking unprecedented steps to restore relations with Cuba. Now we need Congress to do their part. On February 25, Cuba policy advocates from around the nation visited Capitol Hill to educate their members of Congress on three bills to end the travel ban and trade embargo on Cuba. We NEED your voice to increase the volume of this call to action!

A great way to make our legislators pay attention is to get their phones ringing off the hooks. Let’s give Washington a piece of our minds through thousands of phone calls that will tell them now is the time to end the travel ban and embargo on Cuba.

Just follow this simple three-step process to make your call:

Click here to find your Senators’ phone number. If you don’t know who your Senators are, use the “Find Your Senators” tool on the upper right hand corner.

Step 2- Once connected; ask to speak to with the Foreign Policy aide. If he/she is not available, leave a message.

FOR EVERY SENATE OFFICE: I’m also asking NAME OF SENATOR to co-sponsor S 491, a bill to lift the trade embargo on Cuba. Call the office of Senator Amy Klobuchar and ask to be added to the co-sponsor list.

President Obama has heard the wishes of U.S. citizens to end the embargo and engage with Cuba. The President has opened a door to re-establishing U.S.-Cuba relations and to begin the process of normalization. Polls show that a great majority in the country approve of that opening, including the majority of Cuban Americans. As your constituent, I call upon you to take up the responsibility that is now in the hands of the Congress to end the travel ban and trade embargo. Now is the time.”

Step 3- After you’ve made the call, tell us how it went!

If you have any questions, please contact Mavis Anderson at manderson@lawg.org.