Charissa has worked in Mennonite Central Committee’s Washington Office since 2014 where she currently serves as a legislative associate for International Affairs. She monitors U.S. policy in the Latin American and Caribbean context, in addition to several Asian countries, working with MCC staff and grassroots partners to determine priorities and messaging for U.S. policymakers. For several years she was co-chair of the Haiti Advocacy Working Group (HAWG).

Before coming to the advocacy office, Charissa worked in Honduras from 2010-2014. She supported women’s development projects in two different local NGOs and was the interim country representative for MCC.

Outside of policy work, Charissa is an avid reader and theater fan. She also serves on the board of Amigos de las Americas, D.C. Chapter. Charissa holds a bachelor’s degree from Messiah College in Grantham, Pennsylvania and a master’s degree from the University of Maryland’s School of Public Policy. 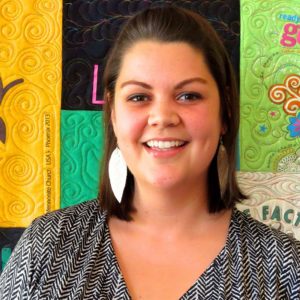